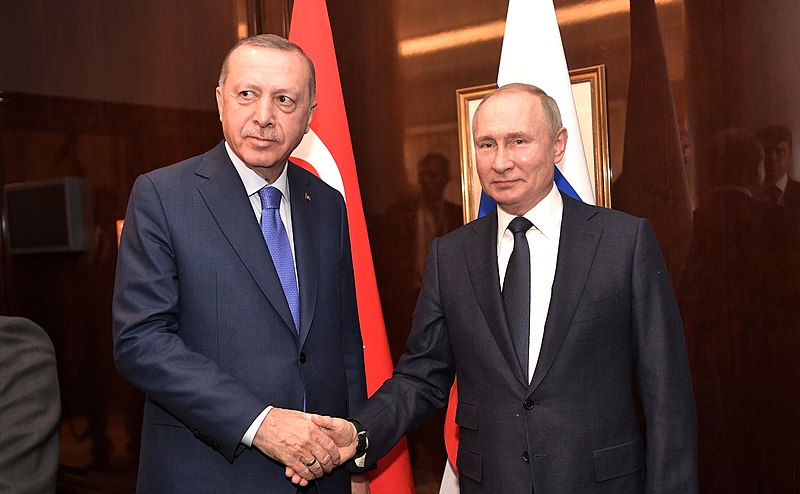 Since September 2019, testimonies of Syrian refugees fighting in Azerbaijan in the Nagorno-Karabakh conflict have stirred up international attention. Turkish private firms have been recruiting Syrians on behalf of the government. While Turkey and Azerbaijan vehemently deny their presence, growing evidence proves otherwise. This is not the first time that Turkey has used refugees to fight their proxy wars.

Indeed, approximately five thousand Syrians were also hired by Turkish forces in 2019 to fight in Libya for the UN-recognized Government of National Accord (GNA). Unlike with the Azeri case, Turkey has recognized that these Syrian fighters were sent as Turkish employees. The fighters are either recruited from the Syrian National Army (SNA) or from refugee camps. The Turkish modus operandi is well-established: they send recruitment agents in camps to hire young men to “guard vital facilities”, never mentioning they would be fighting on the front lines.

Turkey is not the only one using Syria’s vulnerable citizens as mercenaries. Russia has also recruited an estimated 1,200 Syrians to fight for the Libyan National Army (LNA) against the GNA. Russia recruits through refugee camps, pro-Assad militias, and through the Syrian army. Recruits are allegedly trained at a base in Homs before being sent to the front lines in Libya alongside the Wagner Group, a Russian private security firm. Russia denies these accusations.

In addition to refugees, international leaders, notably President Emmanuel Macron, have also posited the possibility that in the Nagorno-Karabakh region, some fighters recruited by Turkey were ex-ISIS, Al-Qaeda, or members of affiliated terrorist organizations. However, researchers have pointed this as unlikely as ISIS-affiliated Sunni Syrians would never fight alongside Shia Azeris.

Russia and Turkey are using refugees and Syrian fighters in Azerbaijan and Libya mainly to limit their political exposure. As McGill Professor of Political Science Rex J. Brynen explained, using Syrian refugees is cheaper and limits the risks of domestic and international reprisal. Syrian bodies are seen as dispensable compared to Azeris. Russia is using the same strategy with the Wagner Group in training and advising the LNA and Syrians in Libya. Additionally, as Brynen explained, the Group is making money out of this operation while giving cover to the government since it is not directly involved in the conflict.

As per the general ambitions of Turkey and Russia in the region, it can be explained mostly in terms of geopolitics. Since the fighting has halted in Syria, both countries are looking for new spheres of influence to cement their position in the Middle East. Turkey signed an accord for new maritime borders in the Mediterranean with the GNA in the hopes of gaining drilling rights. More generally, Turkey shares a common ideological framework with them surrounding the use of political Islam. Turkey is Azerbaijan’s longtime ally and has closely coveted oil reserves in the Nagorno-Karabakh.

Russia’s presence in Libya is about reasserting its influence over an old Cold War battleground. Libya also holds the biggest oil reserves in Africa and important gas deposits. Over the past year, Russian paramilitary troops, likely to include the Wagner Group, have been seen near oil and gas structures in Northern Libya. Libya is also a major gateway for immigration to Europe. Russia could use its leverage in the country to make gains against the European Union.

There is an important debate on how useful these troops are. Indeed, some experts qualify these refugees as “highly experienced” in urban combat situations having experienced it themselves in Aleppo or Idlib. They were even considered to be a major help to the GNA in defending themselves against the LNA. However, others note that refugees are often inexperienced and poorly trained, especially when compared to the Azeri forces. There is a lot of uncertainty remaining around this topic as information is hard to obtain from conflict areas and from Russia and Turkey’s authoritarian governments.

Although some Syrians see their compatriots as traitors against their country for taking on the mercenary job, those who join the Turkish or Russian forces do so out of lack of better options. Despite the stabilization of the conflict since March, the longest period since 2011 where there have been no new offensives, the economy is only getting worse. The Lebanese financial crisis, Covid-19, and additional sanctions from the United States have created mass inflation for basic goods like bread and eggs. The value of the Syrian pound has decreased by half from October 2019 to June 2020. Turkish and Russian recruiters promise salaries between $1,000 to $2,000 per month. Although as much as half the salary is kept by corrupt commanders, it is still significantly more money than any other job could offer in Syria’s urban centers at this time.

While shocking, the use of Syrian refugees is not a new phenomenon. Indeed, as Professor Brynen pointed out, Dutch refugees in the United Kingdom mobilized to fight against the Germans during World War II. However, this situation is worrying as reports of Syrians dying in these conflicts have started to emerge. It also sets a precedent for a new and evolved mercenary network, one that recruits from the most vulnerable and puts them in the line of fire.

Featured image by Russian Presidential Executive Office and obtained via Wikimedia under a CC BY-SA 2.0 license.