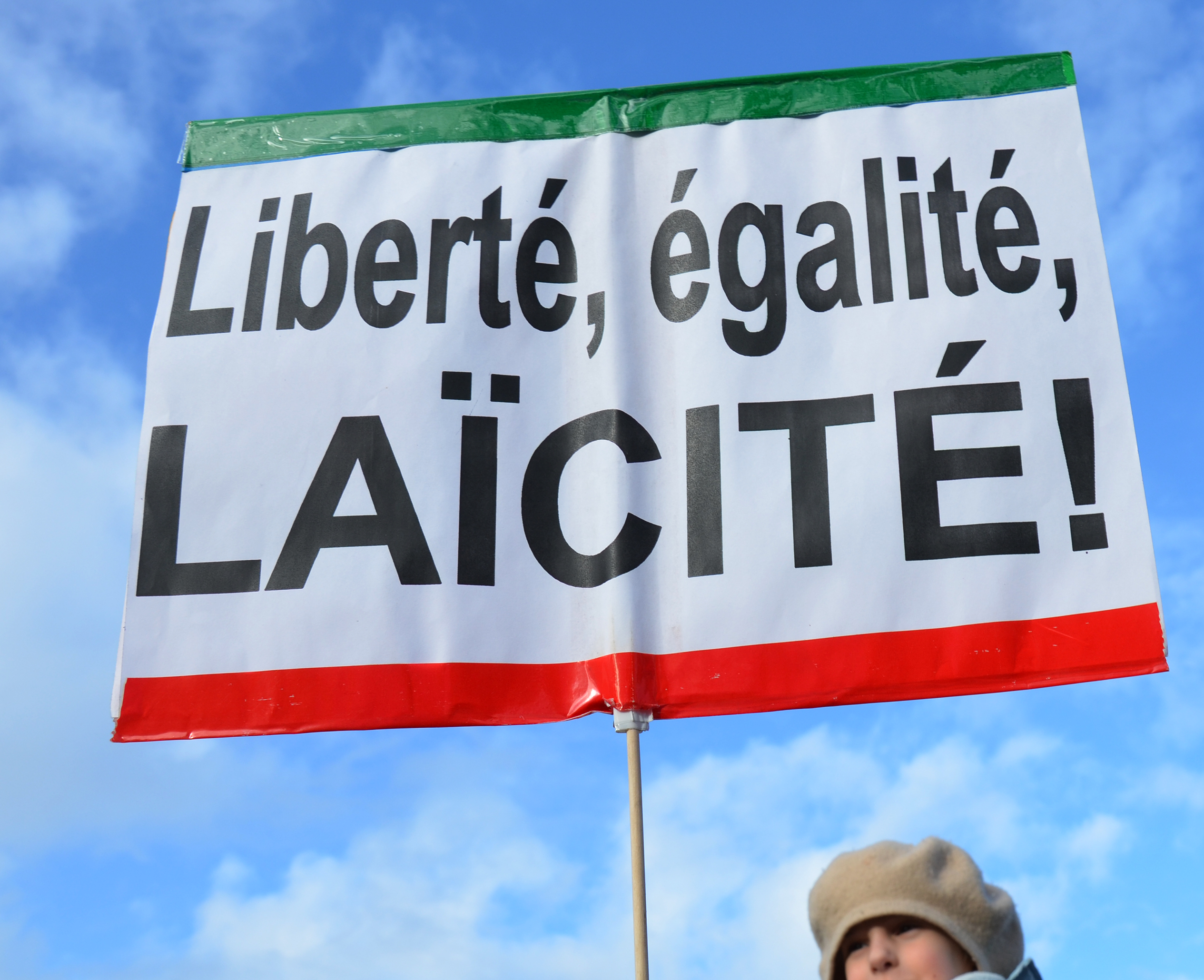 Since October, radical Islamist terrorist attacks in France have reopened old wounds in the country’s relationship with religion. On October 21st, French President Emmanuel Macron delivered a eulogy for Samuel Paty, a history teacher who was decapitated by a French jihadist five days prior. During his speech, Macron reaffirmed France’s secular character, igniting heated debates around state secularism.

In France, laïcité emerged during the Age of Enlightenment and has since revolved around liberation from Catholic moral theology. French philosophers like Voltaire, Rousseau, and Diderot blamed societal conflicts on ecclesiastic censorship. Back then, French nation-building envisioned a united, indivisible, and free republic that would uphold ‘liberty, equality, fraternity, or death’.

The concept of laïcité was first enshrined in the 1789 Declaration of the Rights of Man and of Citizen as the freedom to “write, speak, and print”. In 1801, Napoléon Bonaparte signed a concordat with the Roman Catholic Church, placing the Church under state tutelage. Later in 1882, the Third Republic enacted the Jules Ferry laws that mandated free, secularized education.

It was not until 1905 that the Republic sanctioned Church-State separation with the ‘Loi de séparation’. Over time, laïcité was gradually entrenched in French identity; its meaning has shifted from an inherent human right to a state policy that guarantees freedom of expression and religion.

In contrast, Quebec laïcité originated from growing public grievances against the corrupt influence of the Catholic Church in provincial politics. Before the Quiet Revolution in the 1960s, the Church had long maintained ties with the conservative and anti-communist Union Nationale party led by then-Premier Maurice Duplessis, pressuring churchgoers into voting for his party.

The Duplessis administration (1936-1939 and 1944-1959) plunged Quebec into the ‘Grande Noirceur’ (or Great Darkness) by using voter intimidation tactics, selling nearly all natural resources to American companies, and repressing the working class with the ‘loi du cadenas’ (or padlock law) that silenced unionist movements.

Quebecois people have since resented Duplessis and the Church for stunting the province’s socio-economic development. In 1960, Quebec’s newly-elected Liberal government initiated the Quiet Revolution to ‘catch up’ with the rest of Canada and cut ties with the Church. In doing so, the province nationalized natural resources and reasserted the French language, culture, and identity that had long been shamed by English Canada.

Notwithstanding certain similarities with its French counterpart, Quebec secularism developed much later, and sought to solidify the province’s position and identity in federal politics. In France, keeping religion to private life ensures a conflict-free and undivided nation, whereas, in Quebec, religion must not interfere in state affairs.

Both have enacted Islamophobic policies under different circumstances, considering that France violently colonized Muslim countries, such as Algeria, and has experienced several Islamist terrorist attacks in the past. France has justified secular policies with protecting freedom of expression, while Quebec has emphasized the importance of protecting their identity to defend similar policies. Quebec has continually felt invalidated by English Canada, despite the province’s history of colonizing Indigenous peoples. These insecurities have lead Québécois to perceive Muslim immigrants as “invaders”, despite representing only 3 per cent of Quebec’s population.

Fallacies of Freedom of Conscience

Secularism has championed freedom of conscience and equal opportunity, building on the assumption that individuals are free to choose their religion. However, people do not freely choose their religion affiliation, due to the role of primary socialization. Religion is embedded in one’s identity through institutions such as the family. Similarly, secular states have normative foundations that are influenced by their history and, by extension, their previous state religion.

Secular projects are exclusively carried out by the majority whose cultural beliefs have prevailed over minorities. These processes overlook and reinforce existing structural and historical inequalities among and between social groups. Separating religion from politics creates a lack of political opportunity that eventually breeds isolationism for excluded minority groups. This dynamic is exemplified in the way that Muslims experience exclusion in purported secular French and Quebecois societies. While ensuring “equality” may undermine diversity and deepen social inequalities, recognizing cultural differences may arouse jealousy and build tensions between groups as minority groups are othered.

At the Crossroads of Secularism and Chauvinism

Since the War on Terror in the early 2000s, Muslim minorities have been increasingly targeted by chauvinistic acts of aggression, from both governments and fellow citizens, as a legitimate way to contain Islamism, an ideology promoting Islam in state affairs. For instance, France banned students and teachers from wearing “ostensible religious insignia” at school in 2004. Quebec followed suit in 2019 with Bill 21, which has received mixed reactions for prohibiting civil servants in positions of authority, including teachers, to wear religious symbols.

Scholars have argued that everyday interactions between cultural groups foster cross-cultural awareness. As such, chauvinistic state-sanctioned secularism may prevent such interactions in public spaces, undermining intercultural dialogues and facilitating narrow-mindedness and cultural divisions. Although laïcité has strived for freedom and equal opportunity for all, it has failed religious minorities, particularly Muslims, by limiting their participation in society and politics.

Following protests in Muslim countries for his contentious remarks about “Islamist Separatism”, French President Macron emphasized the need for respectful discussions about the right to blaspheme (“droit au blaspheme”). In retrospect, freedom of conscience is understood to be cultivated publicly between individuals from different backgrounds, rather than enforced with chauvinistic, xenophobic policies.

Featured image by Vassil and obtained via Creative Commons under a CC BY-SA 2.0 license.