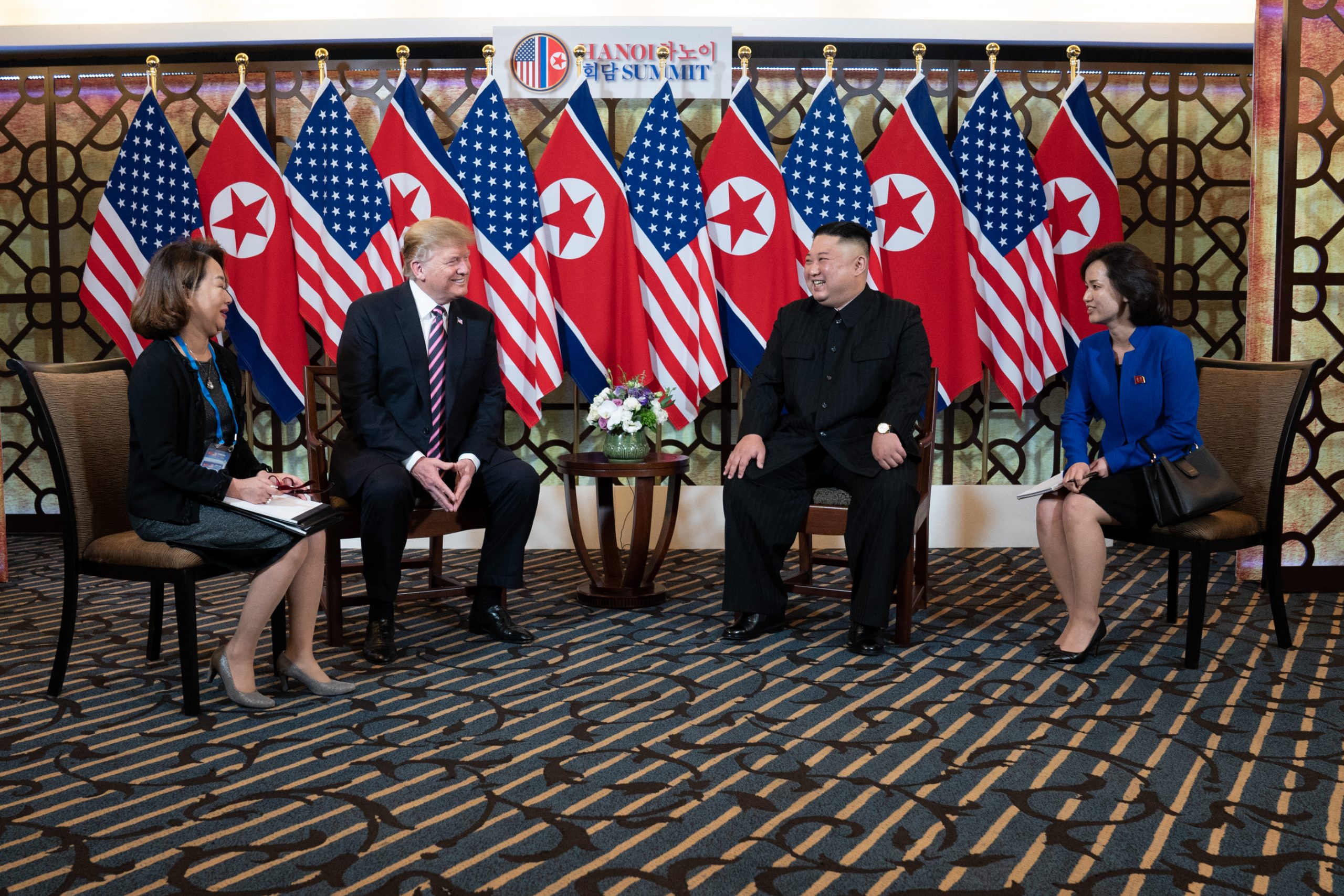 On November 7, Kim Jong-un received some bad news. After a grueling five days of counting ballots, Joseph R. Biden Jr. was elected president of the United States of America. His opponent, President Trump, still refuses to acknowledge his loss. However, Trump is not the only one refusing to congratulate Biden on his win. On November 9, Kim Jong-un, the Supreme Leader of North Korea, applauded Cambodia’s king in celebration of the 67th anniversary of the country’s independence. He has stayed radio-silent on American issues.

Kim and Biden’s relationship soured under the Obama administration. More recently, Biden called Kim a “thug” and implicitly compared him to Adolf Hitler during the second presidential debate. Kim replied by insulting Biden, calling him “a rabid dog.”

After two years of relative calm, Kim’s resentment is likely to cause a revival of tensions in the form of an intercontinental ballistic missile (ICBM) or hydrogen bomb test. Increased friction after the arrival of a new American or South Korean administration is Kim’s usual move. Indeed, the DPRK launched its second nuclear test in 2009, four months after Obama took office, and Hwasong-14 in 2019, seven months after Trump settled in. As a North Korean defector said to the Washington Post, Kim wants to “train [the Americans] like a dog.”

Kim was already testing the waters with the American government before the election with the unveiling of a new ICBM at a military parade in October. In the same event, which showed a reduced number of attendees, but none wearing masks, Kim’s speech ended with an unusual confession regarding the fragile state of the North Korean economy since the beginning of the COVID-19 pandemic in January 2019. While Kim deplored the state of the economy, no investment was spared to build this new war engine.

As Trump is fighting to hold on to his presidency in American courts, it is worthwhile to look at what has been accomplished over the past four years in the relationship with North Korea. Obama confirmed that US-DPRK relations were one of the first issues he addressed when welcoming Trump to the White House. While Trump appeared to have taken the advice seriously, he chose to tackle the delicate situation with “fire and fury” in 2017. The summer and fall of 2017 saw a series of virulent exchanges between the two leaders, with Trump calling for the “total destruction” of North Korea and exchanging insults. This conflict culminated in the first successful hydrogen bomb test in September and the Hwasong-15 test, an ICBM that could reach the United States.

Despite this initial aggression, Trump and Kim met in June 2018 at the first summit between American and North Korean leaders since the ‘end’ of the Korean War in 1953. They convened twice more, once at Hanoi and again at the demilitarized zone (DMZ) in 2019. Trump’s strategy is vastly different from previous administrations as he skipped working-level talks between high-ranking officials where the groundwork is laid, instead going directly to face-to-face meetings with Kim. While some laud this approach as innovative, others say that it largely explains the lack of progress in terms of demilitarization, especially after the failure of the Hanoi Summit in 2019 where Trump walked out after refusing to negotiate.

Regardless, the two leaders undoubtedly built a personal connection, writing each other letters using pet names such as “your excellency.” In his book Rage, journalist Bob Woodward who had access to all 27 messages exchanged between the two leaders, calls them “declarations of personal fealty that might be uttered by the Knights of the Round Table.” Unfortunately, their relationship has not led to any serious development.

As he comes into office, what is going to be Biden’s strategy for dealing with the DPRK? So far, the answer remains largely unclear. In an odd move, during his campaign, he wrote an op-ed for the South Korean media Yonhap News Agency. He stated that he will “stand with South Korea, [strengthen their] alliance to safeguard peace in East Asia” and that he will “keep pressing toward a denuclearized North Korea and a unified Korean Peninsula.” These are broad enough statements that tell us little about his intentions.

It is likely that he will indeed seek to repair the damage done by Trump in South Korean-American relations. He will probably end Trump’s threats to withdraw American troops from South Korea, and continue the past military cost-sharing policies.

Any diplomatic path forward with the DPRK will be difficult. The Kim regime harbours deep resentment against Biden for his participation in Obama’s strategic patience (SP). SP’s goal was to wait until the DPRK imploded under the pressure of international sanctions before beginning nuclear talks. SP effectively failed: the DPRK continued to grow its military arsenal and has continued to keep its head above water with the help of China.

While experts have suggested many ways to solve the longstanding Korean War, one thing remains clear: if Biden waits too long before engaging with the DPRK, there will be another crisis. The DPRK won’t go unnoticed.

Featured image by The White House and obtained via Creative Commons under a CC BY-SA 2.0 license.