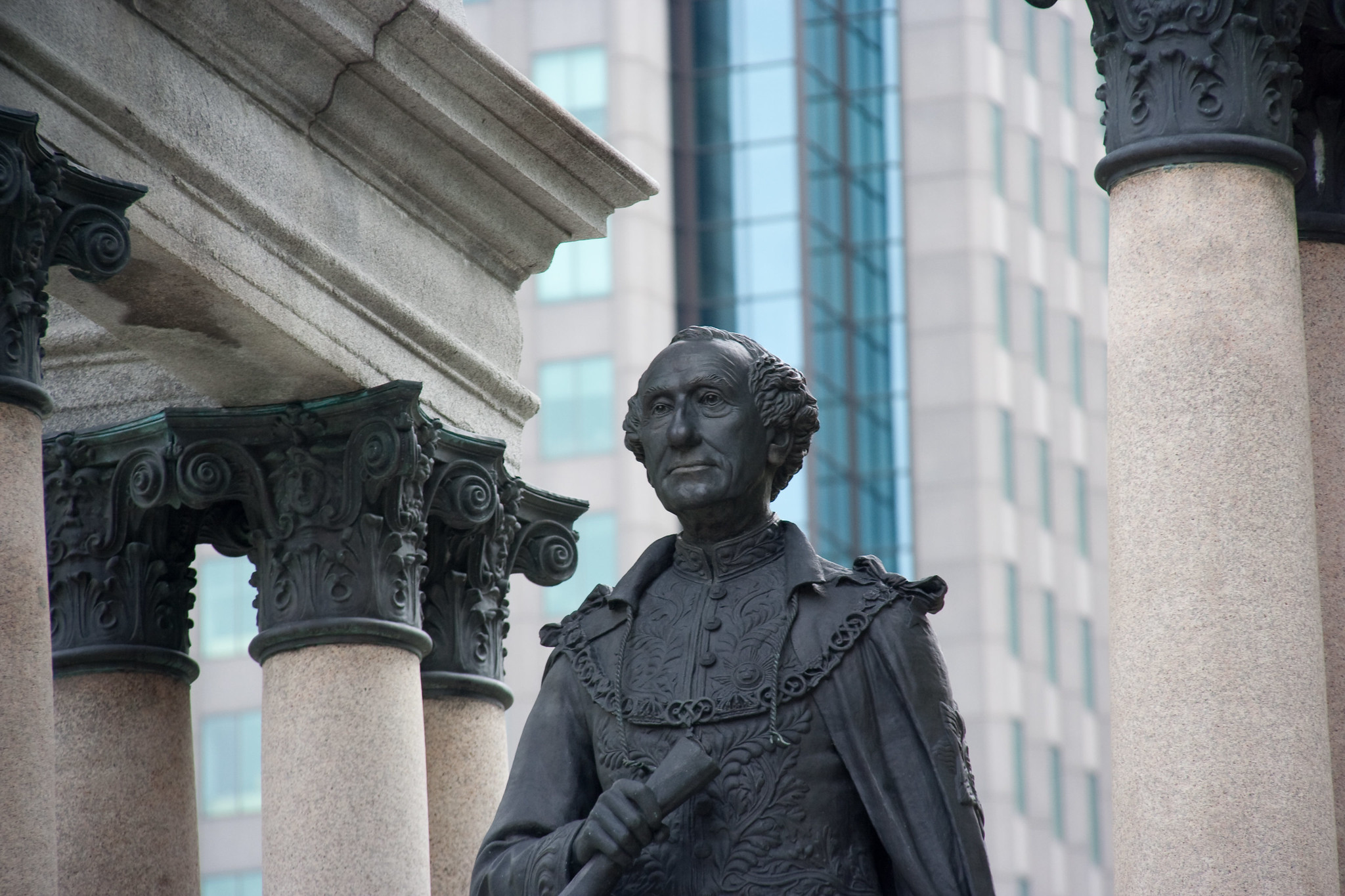 In August 2020, a group of protestors toppled and destroyed a statue of John A. Macdonald located in downtown Montreal. Canada’s first prime minister is memorialized in statues across the nation, as well as through the many buildings and schools named after him. However, there has been ongoing controversy over these perceived glorifications of Macdonald.

John A. Macdonald is considered by many to be the ‘architect’ of residential schools. Critics argue that he personally developed the foundation for Indigenous oppression, which persists in the present day in various forms. While the last residential school closed in 1996, Indigenous peoples in Canada still experience marginalization in their communities and across Canada — for example, the hardships faced on reserves that lack safe drinking water.

In addition to the incident in Montreal, there have been other public expressions of discontent with similar statues across Canada. In Kingston, Ontario, protestors demanded the removal of a statue of John A. Macdonald, and in Hamilton, Ontario, a Macdonald statue was vandalized by protestors who covered it in red paint. Some Canadian cities have already taken official action against such monuments. In Victoria, British Columbia, an official removal of the city’s Macdonald statue was conducted in 2018, after a vote by the city council. Similarly, in Halifax, Nova Scotia, the regional council voted in favour of removing a statue of Edward Cornwallis, after acknowledging his role in the murders of Mi’kmaq people.

However, the Macdonald issue extends further than statues: many schools are named in his honour, including Sir John A. Macdonald Secondary School in Waterloo, Ontario, Sir John A. Macdonald Public School in Picking, Ontario, and Macdonald High School in Sainte-Anne-de-Bellevue, Quebec. Consequently, the Elementary Teachers Federation of Ontario has pushed to remove Macdonald’s name from schools across the province. They argued that Macdonald’s name creates an unsafe learning environment for children, given his contributions to genocide.

Along with protests to remove monuments of Macdonald come demands for greater recognition of residential school survivors, including through memorials and statues of their own. The 2008 Truth and Reconciliation Commission’s Call to Action Plan includes a section calling upon provincial governments to collaborate with survivors and install highly visible residential school monuments in every capital city. This would be a first step in the process of honouring and reconciling with survivors who lived through this experience, as well as their descendants who have suffered generational trauma from the loss of their culture and language.

This call to action highlights the reality that few monuments or memorials honouring Indigenous peoples exist. However, there has been no official lead response from the Canadian government in regards to the Commission’s Call to Action Plan.

Despite this lack of guidance from the federal government, the city of Toronto has taken the first step in commemorating Indigenous peoples. Outside of City Hall, a sculpture of a turtle designed by Anishinaabe artist Solomon King aims to represent the struggles experienced by Indigenous peoples, and their resiliency. This sculpture also reflects the Turtle Island creation story, which is important to many Indigenous peoples. Chief Ava Hill of Six Nations expressed happiness over this demonstration of the  city’s commitment to reconciliation. Hill also explained how the site can be an excellent space for education, where both Indigenous and non-Indigenous people can connect. This space exists as an opportunity for all Canadians to learn about Indigenous history and show respect for those who endured the residential school system.

However, monuments in themselves are not sufficient to ensure that the history of residential schools and their survivors is not forgotten. For example, the National Aboriginal Veterans Monument in Ottawa was built to honour Indigenous veterans who fought for Canada in the First World War, the Second World War, and the Korean War. Despite the existence of this monument, there is very little discussion within Canada pertaining to Indigenous contributions to war efforts. While the building of monuments is an important step, awareness and reconciliation efforts also require education and active acknowledgement.

Featured image by Colin Knowles and obtained via Flickr under a CC BY-SA 2.0 license.