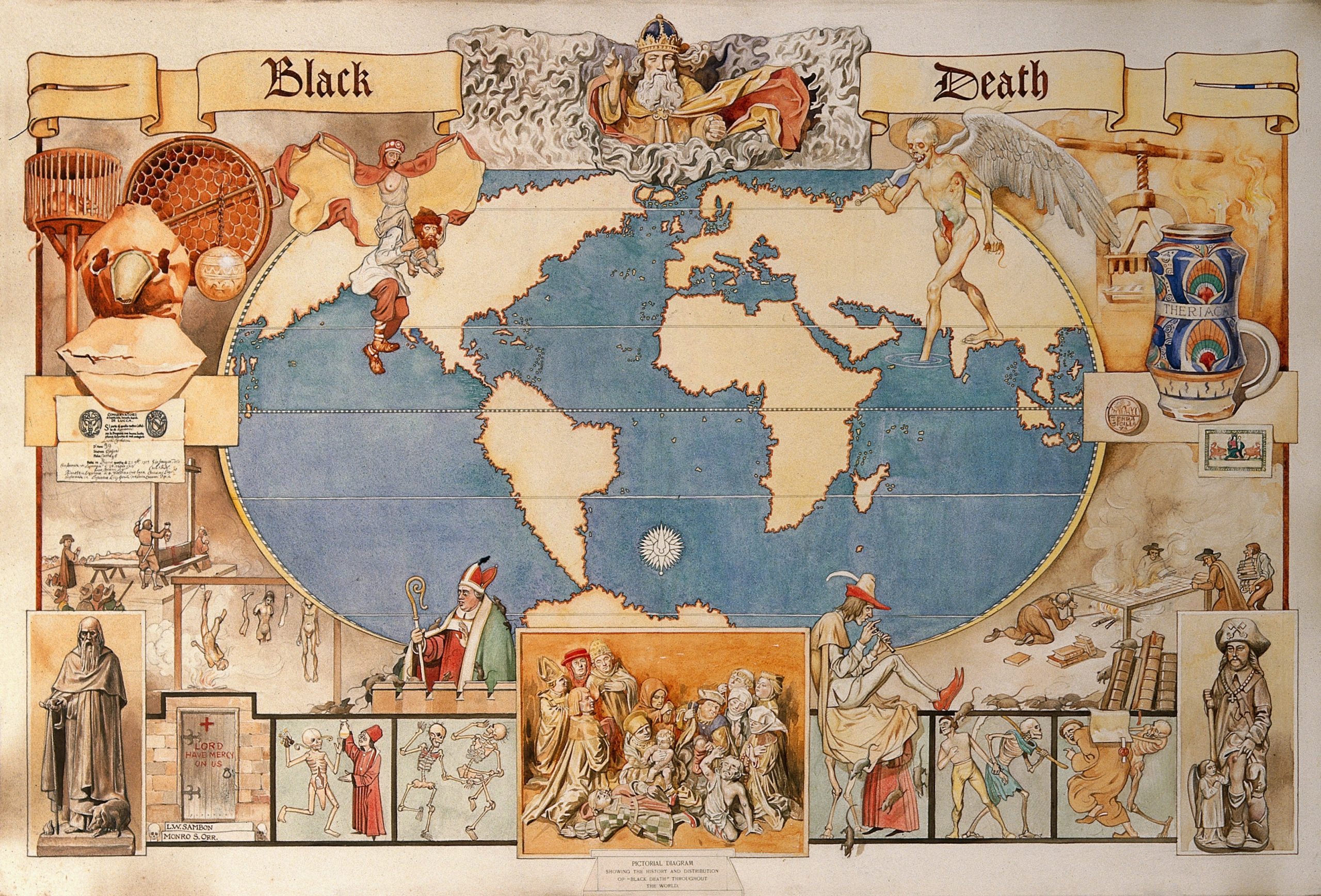 The physical representation of narratives through monuments has been an integral part of establishing shared memory, seemingly since the dawn of society. Nevertheless, monuments and memorials are not value-neutral. There is no single way to memorialize an event or time in history; therefore, monuments represent what a society chooses to remember and prioritize. A common use of monuments in the 21st century memorializes tragic events that resulted in human suffering or death. Prominent examples of this practice include the 9/11 Memorial in New York City and the Memorial to the Murdered Jews of Europe in Berlin.

Despite their social ubiquity, there is a notable lack of memorials to the victims of diseases. Some recent diseases which had notable social causes, such as the HIV/Aids epidemic, have seen minor memorials and ceremonial commemoration; however, other diseases such as the 1918 Influenza epidemic—to which the current pandemic is often compared—have seen a relative lack of representation in monuments and memorials.

One explanation for this disparity is that we struggle to memorialize things we think of as occurring ‘naturally’; in part, the Aids epidemic has seen more commemorative vigilance because the explicit stigmas around it made the social outcomes resulting from its existence quite obvious. In contrast, the 1918 influenza epidemic is seen as occurring ‘naturally’ as it had no comparable stigmas. We often classify COVID-19 as a similar ‘naturally-occurring’ virus. [1] Nevertheless, no disease exists in a vacuum; the structure of societies determines how the disease impacts citizens. [2] Though this social aspect can support the memorialization of the disease in theory, the scale of diseases presents a challenge to their memorialization in practice; these events produce so many disparate memories that they are challenging to place within a single narrative. [3]

However, there have been efforts since the 1918 Influenza epidemic to create a type of memorial that can express the grief of an enormous loss and can be interacted with in a personal way to include different experiences of an event. ‘Counter-monuments,’ as they are known, are a type of monument that emerged in the wake of the Shoah (Holocaust) and have since become common. [4] Counter-monuments typically eschew traditional monument design standards, and in doing so, enforce a less monolithic narrative.

Nevertheless, while counter-monuments excel at expressing loss, they do not necessarily attribute guilt. This begs the question: should memorials to COVID-19 victims express a sense of guilt, and towards whom should they direct it? On the one hand, some influential figures have made the pandemic better or worse through their own actions; on the other hand, this disease is also spreading through millions of individuals’ behaviour. It is also the case that our social structures have resulted in certain individuals, such as poor, Black, or Indigenous people, being more likely to contract the virus. The structural dynamics impacting COVID-19 are clear, but beyond our role in sustaining them, what guilt do ordinary people have in spreading this virus?

The problem of collective guilt has received scholarly attention in wars and genocides. Still, there are notable differences between the contexts of violence and disease. To assign guilt to a society or nation as a collective, one must classify their actions as that of a group. [5] To be a group, there must be a shared intention and some degree of coordination between the members.

However, most people today are not coordinating their activities with the shared intention of spreading the virus; conversely, coordinated actions have often been directed at slowing the spread of COVID-19. Except for outlying cases, such as governments that knowingly pursue policies that will spread the virus without mitigation, most societies cannot be held collectively responsible as a group. On the contrary, personal actions and small-scale group coordination often defy broader attempts to mitigate the virus. For example, think of the thousands who flocked to Miami Beach for spring break. To some degree, all those that have broken COVID-19 restrictions are responsible for the virus; even if a person’s actions did not spread the virus directly, they still contributed to a climate in which the rules appear to be violated regularly, giving others cover to break the rules as well. Thus, the case of COVID-19 is better understood as a failure of collective action than as the product of it.

Through seeking self-gratifying behaviours over behaviours that benefit whole communities, we are responsible—not as a collective but as an aggregation—for the lives lost to COVID-19. Any memorial that intends to pay respect to the victims of this virus should present their deaths as more than a natural tragedy; instead, they should at least make clear that our society’s structures informed the patterns of the disease. Though individuals bear varying responsibility in collective action problems, perhaps counter-monuments to COVID-19 should reflect upon every visitor the question of their role in inflicting harm.

[4] Young, James Edward. 2016. The Stages of Memory : Reflections on Memorial Art, Loss, and the Spaces Between. Public History in Historical Perspective. Amherst: University of Massachusetts Press.

Featured image by Morno S. Orr and obtained from the Wellcome Collection under a CC BY 4.0 License.