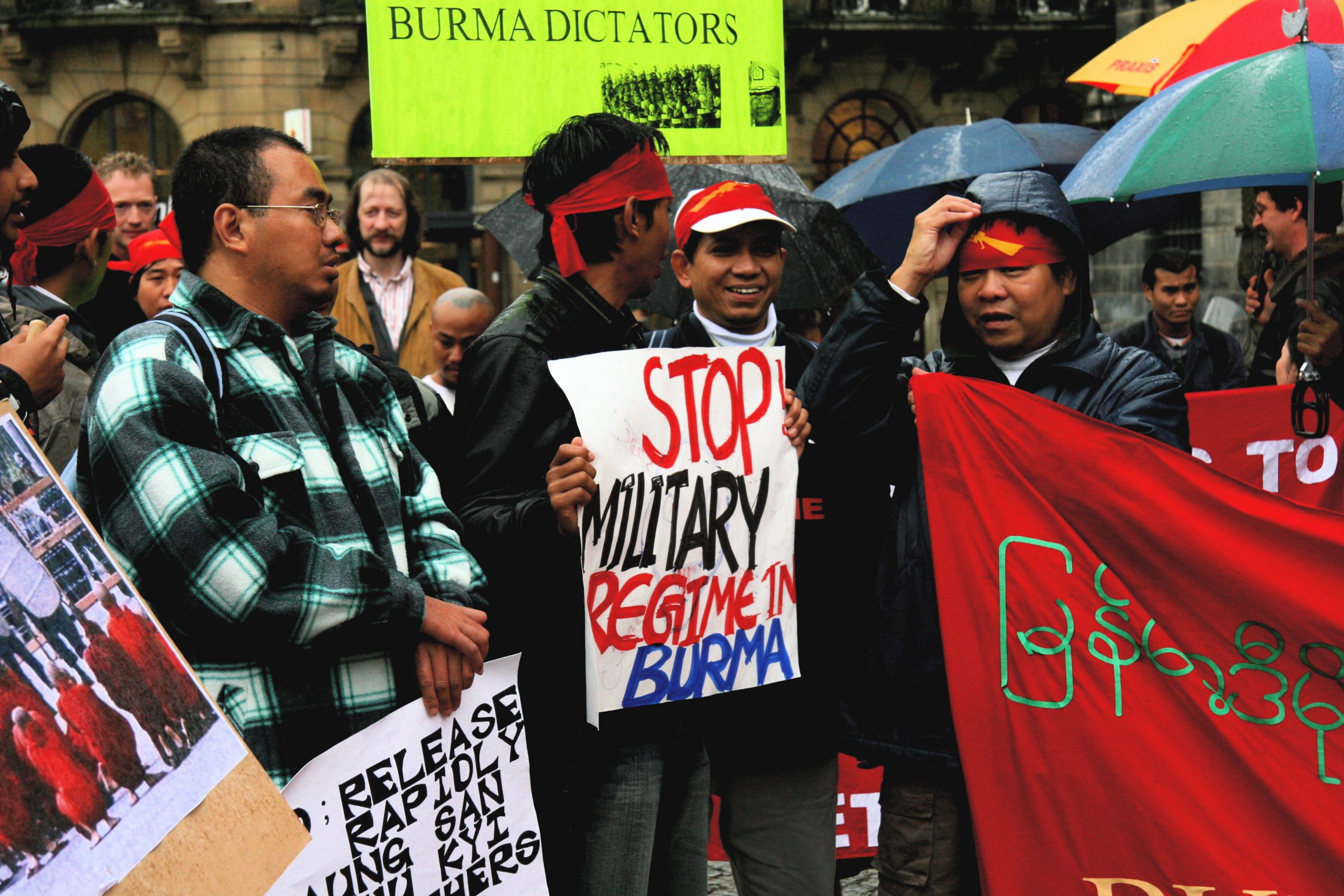 Myanmar’s military has launched a coup d’état, threatening to end the country’s short-lived democracy and return to repressive military rule. The armed forces seized control after they detained the democratically-elected opposition leader Aung San Suu Kyi along with other senior members of the government. The army declared a one-year state of emergency, transferring power to the commander-in-chief, Min Aung Hlaing.

The unconstitutional seizure of power has sparked widespread protests across the nation, with thousands joining the streets to condemn the military’s action. In an attempt to stamp out protest mobilization, authorities have banned gatherings of more than five people and imposed a curfew in the country’s two major cities.

Suu Kyi’s NLD party saw victory in the November general election, acquiring  an overwhelming majority with 83% of the seats and crushing the military’s Union Solidarity and Development Party (USDP). The grave losses of the USDP were the catalyst to the current coup. The USDP launched the coup on what should have been the first session of parliament, which would have enshrined the election results. The military accused the election to be marred by voter fraud, in which it claimed to have identified 8.6 million individual cases of such, building their case on refuting the election results.

Myanmar’s Union Election Commission (UEC), an organization responsible for overseeing and regulating elections, has rejected claims of voter fraud. It stated that it was investigating 287 complaints, but concluded that voting was conducted “fairly and transparently”. Nevertheless, the military refuses to accept the outcome of November’s election, sparking fears of a dispiriting return to a military dictatorship, impeding the country’s path towards democracy.

In a televised address, commander-in-chief Min Aung Hlaing has threatened to scrap Myanmar’s 2008 Constitution which already grants substantial political power to the armed forces. This junta-drafted constitution safeguards the military’s role in politics, granting it control of 25% of parliamentary seats and control over the ministries of home affairs, defence, and border affairs. Aung Hlaing has mentioned returning to the 1974 Constitution in which Myanmar suffered repressive military rule, threatening to extinguish the country’s democratic ambitions.

In a recent effort to silence the dissatisfaction of the population, the military has blocked access to social media platforms such as Facebook. The Ministry of Communications and Information said the platform will be blocked until February 7th. For many, the social media platform is their main source of online information, forcing many people into the dark. However,

Amid the political turmoil, many have questioned the role of ASEAN (Association of Southeast Asian Nations) in mediating the crisis. The international organization is known for its strict adherence to non-intervention in another member’s internal affairs, meaning coercive measures such as economic sanctions by ASEAN are highly unlikely. However, Brunei, who holds ASEAN’s rotating chairmanship, released a statement calling for “dialogue, reconciliation and the return to normalcy”. The organization has also expressed an interest in pursuing election observation, which may provide ASEAN with an instrument to deal with political crises in the region. Election observation during the November election might have accorded a higher degree of legitimacy and weakened the military’s allegations.

The United Nations Security Council has failed to release a joint statement condemning the military coup as China and Russia opposed it. China wields considerable influence over the region and is one of the five permanent members capable of veto in the council. Nevertheless, the instability from the coup will irk Beijing, eliciting a response that will significantly impact the future of the crises.

In a recent effort to hold the military accountable, US president Joe Biden has threatened to impose sanctions on Myanmar after it accused the military of seizing power illegally. The president described the coup as a “direct assault on the country’s transition to democracy”, and warned it would return to sanctions it had placed during the military regime before 2016. However, many believe that economic sanctions will only harm the Myanmar people and have little effect on the country’s governing elite.

The international community is also fearful that a return to military rule will worsen Myanmar’s Rohingya crisis. In 2017, the military launched a brutal crackdown on the Muslim minority, which sent over 700,000 Rohingya to flee to neighbouring Bangladesh. The military has been accused of committing acts of genocide and the coup raises the fear that the situation will worsen.

A solution to Myanmar’s political crisis requires coordinated efforts from the international community. A return to sweeping economic sanctions is unfavorable, as it threatens to send Myanmar back into poverty. Instead, an introduction of targeted sanctions aimed at the commercial interests of the military will be more effective in bringing change. There needs to be international delegitimization, as countries cannot accept military rule through a coup d’état. As the crisis continues to unfold, Beijing’s response will be critical for the outcome of democracy in Myanmar.

Featured image by Franz & P and obtained via Flickr under a CC BY-SA 2.0 license.