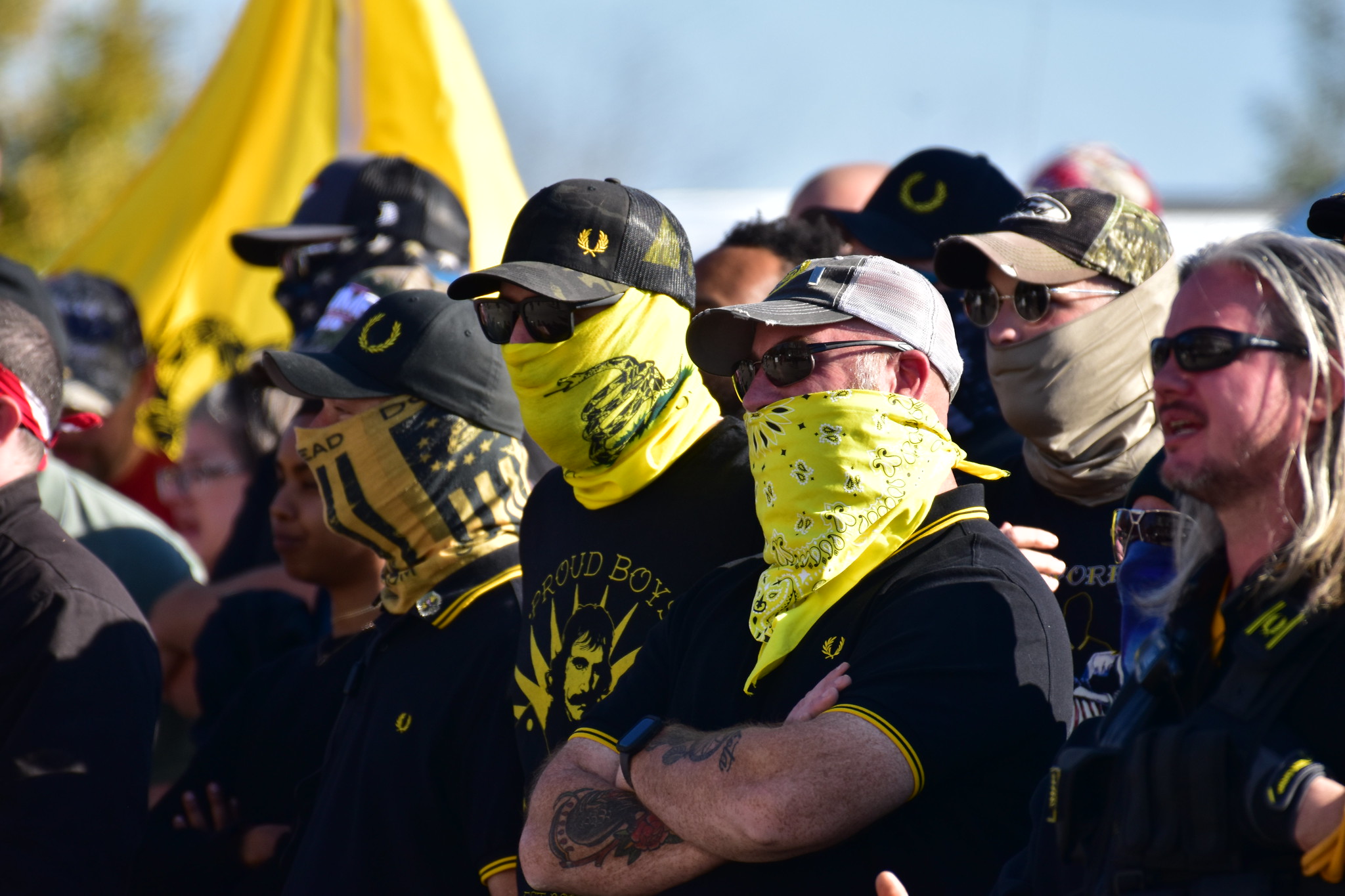 In January, a group of insurrectionists seized the U.S. Capitol in an attempt to overturn the results of the presidential election. Among those who stormed the Capitol’s grounds were members of the Proud Boys, a political organization recognized by many as an alt-right extremist group. Members of the Proud Boys were heard chanting “we love Trump” as they breached the Capitol’s doors. In the wake of the insurrection, Canada declared the organization a terrorist entity, citing the group’s “pivotal role” in the riots as a contributing factor.

Who are The Proud Boys?

Founded in 2016, the Proud Boys describe themselves as a “pro-Western fraternal organization for men who refuse to apologize for creating the modern world.” Their Canadian founder, Gavin McInnes, is a self-proclaimed provocateur who promotes violence towards specific groups. Under the guise of comedy, McInnes spews racist, misogynistic, and white supremacist views that inspire his followers to engage in this same form of rhetoric.

Current Chairman of the Proud Boys, Enrique Tarrio, estimates that there are 1,000 to 1,500 Proud Boys in Canada. The Proud Boys chapters span across the country, but some have made the move to formally disband following the group’s involvement at the Capitol riots. In response to Canada’s decision to designate the group a terrorist entity, Tarrio vocalized his dismay. He claims that the decision is nothing more than a showcase of virtue-signalling by political officials, reasoning that the Canadian chapters are “very quiet” in comparison to their fellow American chapters.

However, one incident involving Canadian Proud Boys took place on Canada Day in 2017, when five navy servicemen who identified as Proud boys disrupted a Mi’Kmaq ceremony protesting the Cornwallis statue located in downtown Halifax. The encounter did not result in physical violence, but this does not excuse the harm they inflicted that day. While those attending the ceremony were mourning the lost lives of Mi’Kmaq people, the men approached the ceremony, singing God Save the Queen, while one of them brazenly held a Red Ensign flag. Video footage shows the five men repeatedly disrespecting the historical significance of the land, arguing that “it was Mi’Kmaq territory…this is now Canada.”

Designation as a Terrorist Group in Canada

Shortly after the Capitol riots, federal NDP leader Jagmeet Singh introduced a motion calling upon the government to “immediately designate the Proud Boys as a terrorist entity” in order to address the proliferation of white supremacists and hate groups. The motion was passed unanimously in the House of Commons. On February 3rd, Public Safety Minister Bill Blair announced that the Proud Boys were officially designated as a terrorist entity.

Bill C-36, otherwise known as the Anti-Terrorism Act, empowers the Canadian government to take enforcement action against entities that commit terrorist activities. The Act is regarded as a “watershed moment for criminalizing and prosecuting terrorism in Canada,” establishing a comprehensive delineation of anti-terrorism laws in Canada. The Act also authorizes the Governor in Council to establish a list of entities that have committed terrorist activities. The most widely recognized purpose of the list is to simply identify and provide a brief description of terrorist entities. However, it also serves a second purpose. When a terrorist group is listed, it enables a prosecution to proceed without requiring that the Crown first demonstrate that the entity has committed a terrorist activity.

Joining the other 60 terrorist entities already listed, Proud Boys chapters in Canada have seen their assets frozen. Moreover, it is now a criminal offence to knowingly affiliate and/or deal with the Proud Boys. Despite their new designation, there still appear to be social media accounts associated with the group.

Contrary to Singh’s assertion that the terror list poses no harm to religious or racialized groups, the Ottawa-based International Civil Liberties Monitoring Group (ICLMG) expresses concern. The group stresses that such a list is a “deeply problematic” provision that compromises basic principles of justice. Groups listed as terrorist entities are not given the opportunity “to address the accusations levelled against them.” Mounting a defence becomes increasingly difficult as the prosecution is allowed to withhold access to certain information used against the group.

A second controversy surfaced concerning the potential politicization of classifying terrorist entities in response to the House of Commons motion regarding the Proud Boys. Minister Blair was quick to refute any notion of politicians bearing any weight on the security department’s decision. He asserted that “terrorist designations are not a political exercise,” and that any decision to designate a group is grounded in intelligence and evidence collected by national security agencies. The decision to designate the Proud Boys a terrorist entity was seemingly not taken lightly.

Blair briefly shared the reasoning behind the decision, citing an escalation of violence from this group as cause for concern. Thus, the perceived threat of domestic terrorism from a group who espouses misogynistic, Islamophobic, anti-Semitic, anti-immigrant, and/or white supremacist ideologies would certainly seem to warrant action, though exactly what action seems to be contested. What is certain, however, is that the government will no longer tolerate the Proud Boys here in Canada.

Photo by Anthony Crider and obtained via Flickr under a CC BY 2.0 license.