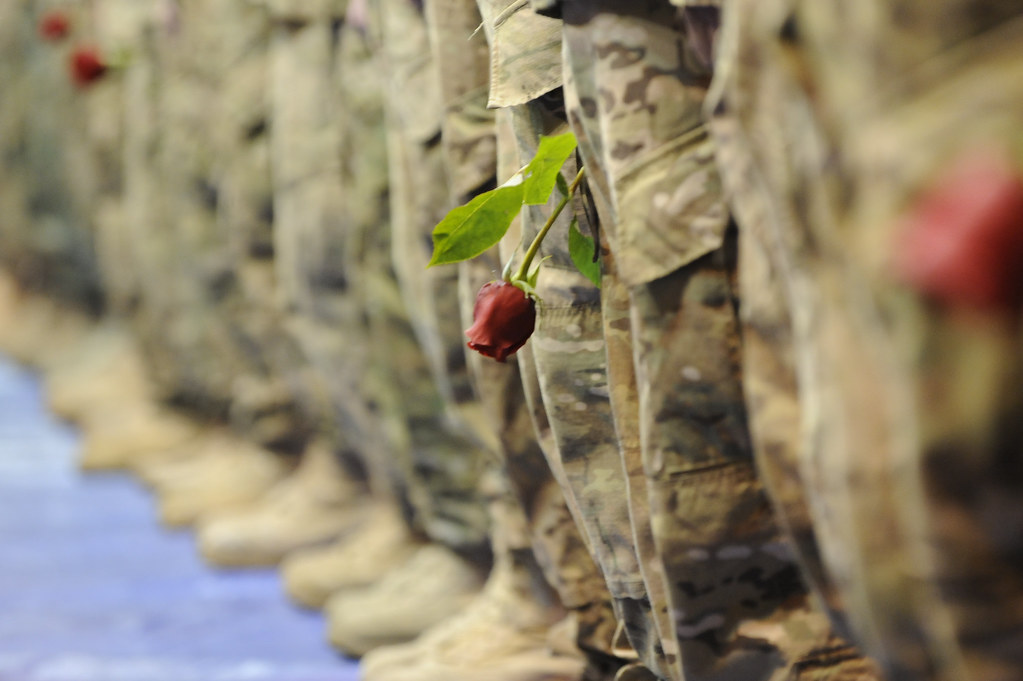 In recent days, media coverage has centred U.S. President Joe Biden’s decision to end support for the Saudi Arabian-led war in Yemen. The war in Yemen has killed over 230,000 civilians and caused over 85,000 children to die of starvation. On this issue, in particular, Biden is attempting to distance his foreign policy with that of former President Donald Trump, who ramped up U.S. drone strikes in Yemen and resumed arms sales to Saudi Arabia. However, Biden’s tenure as Vice President was also marked by the largest increase in US funding for the Yemeni war and in 2016, four of the five top recipients of U.S. arms sales were members of the coalition bombing Yemen.

While pulling support from one devastating war in Yemen, Biden has an opportunity to improve his legacy on foreign policy in Afghanistan if he refuses to give in to the military establishment’s hawkish demands.

The Doha Agreement and the Biden Administration

One area in which Biden can continue to reform his legacy as a “President for Peace” lies in Afghanistan, where Trump cut American military presence from 8,400 troops in January 2017 to 2,500 troops in January 2021. Biden is inheriting the 2020 Doha Agreement, which promises the complete withdrawal of all US and NATO troops from Afghanistan by May 2021, in exchange for a Taliban pledge to prevent Al-Qaeda from operating in Taliban-controlled areas. While the deal appears to be one of the few campaign promises Trump fulfilled, it contains no provisions on human rights, democracy, or women’s rights.

In addition, the Doha Agreement failed to result in a negotiation for a cease-fire or a promise by the Taliban — who stated that both could only be considered within the framework of an intra-Afghan peace deal — to end violence. Thus, the Taliban has continued to wage war in Afghanistan, killing at least thirty-two pro-government forces and civilians in February 2021 alone.

There are indications that Afghani President Ashraf Ghani, who is deeply unpopular, has resisted an intra-Afghan peace deal out of fear that one may force him out of power. Without such a deal, violence between the Taliban, government forces, and other armed groups will only continue, as the Taliban have maintained ties with Pakistan despite Ghani’s protests against this. Further, the United Nations (UN) has warned that “Al-Qaeda [forces] are heavily embedded with the Taliban, and they do a good deal of military action and training action with the Taliban, and that has not changed.”

Now, Biden’s administration is expressing skepticism regarding Doha, with his newly appointed national security advisor reportedly “taking a hard look” at whether the Taliban were meeting their commitments under the agreement.

Senior American military officials are split on whether the U.S. should maintain its military presence until an intra-Afghani deal is reached. Joseph Dunford, former chairman of the Joint Chiefs of Staff, argued that “U.S. withdrawal will provide the terrorists an opportunity to reconstitute…within about 18 to 36 months.” Some military officials also argue that U.S. counterterrorism forces are necessary to pressure the Taliban into peace and prevent the entry of armed groups into Afghanistan from Pakistan and Iran.

However, maintaining American military forces that have occupied Afghanistan since 2001- will make it less likely that a deal between the Afghani government and the Taliban will transpire. Throughout the two decades of bloody fighting, some Afghani soldiers and police officers — who have borne the bulk of the war burden, came to see American and NATO troops as invaders, 150 of whom have been killed by Afghani troops since the war’s beginning. Additionally, existing elite Afghani units, many of which were trained by the U.S., have proved capable of defending against Al-Qaeda and other armed groups in the region- including ISIS.

Thus, Biden’s administration is caught in a dilemma: pull troops out, and risk Al-Qaeda resurgence; Maintain troop levels, and continue the hostile stalemate while diminishing possibilities for a more substantial peace agreement with the Taliban.

Evidently, the “gunboat diplomacy” strategy practiced by every president since George W. Bush in Afghanistan has proven ineffective. If Biden’s administration considered strictly diplomatic options, this could be a meaningful and effective departure from his predecessors’ weakness. The U.S. could cooperate with the United Nations on holding a summit between Ghani’s administration and the Taliban to institute a framework for long-lasting peace, beginning with an immediate cessation of all hostilities. If Ghani remains unwilling to negotiate, the U.S. may need to coordinate diplomatic efforts with China, Russia, and Iran to ensure Ghani does not attempt to pit one of these countries against the U.S. Alternatively, tying American financial assistance – which the Afghani government relies upon – to negotiating a peace deal with the Taliban may prove to be a more persuasive, less risky incentive.

These are imperfect options, but better than the alternative. If the U.S. remains in Afghanistan after May 2021, in violation of the Doha Agreement, this will give credence to the idea that American forces are invaders – an argument currently pushed by the Taliban, and further weaken the Afghani government.

To avoid the missteps of previous U.S.-led unilateral reconstruction efforts in Afghanistan, negotiations in any diplomatic strategy must be Afghani-focused and channelled through the UN. Importantly, whatever agreement ensues from the Biden administration must also incorporate democratic processes like checks and balances and the rule of law, ensuring both that the Taliban does not impede on fundamental civil rights and that the next democratically elected President does not impede peace negotiations to cling to power.

Featured image by DVIDSHUB and obtained via Flickr under a CC BY-SA 2.0 license.