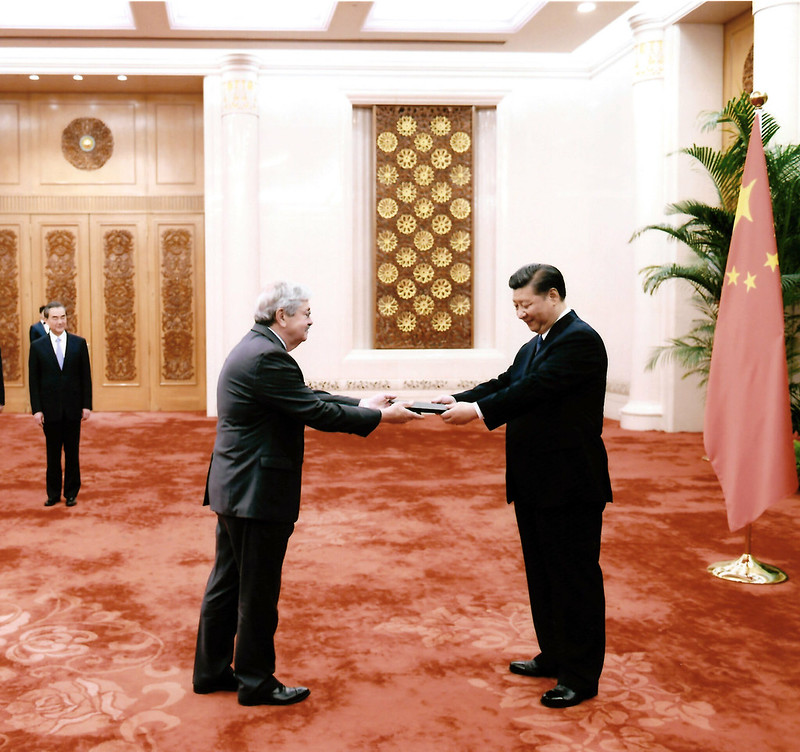 Despite calls for cooperation from both sides, the relationship between the United States (US) and China continues to decline. The recent conclusion of the World Health Organization’s (WHO) investigation into the origins of the COVID-19 virus led to yet another confrontation between Washington and Beijing, highlighting an increasingly bitter and distrustful relationship between the two countries.

During U.S. President Joe Biden’s first conversation with Chinese President Xi Jinping in early February, the two sides bristled on trade, COVID-19, human rights abuses and Chinese military actions in the South China Sea. The US is not alone in its disapproval of China. A Pew Research Center poll from October showed that President Xi and the Chinese government are perceived negatively by about three-quarters of respondents across North America, Europe, Japan, Australia and South Korea.

Regardless of an increasingly troubled reputation, China has had little difficulty in expanding its global influence through the fusion of investments and diplomacy.

In 2013, China unveiled the Belt and Road Initiative (BRI), an enormous infrastructure development program that has since served as the centrepiece of Chinese foreign policy.

Under President Xi, the BRI has expanded to include over sixty partner-countries spread across Europe, Asia and Africa. The BRI has already attracted up to $4 trillion in investments and will continue to grow ahead of the Initiative’s scheduled conclusion in 2049 — the 100th anniversary of the People’s Republic of China.

The Hidden Costs of the Belt and Road

The majority of the BRI’s funding flows through China’s official lending streams, like the Export-Import Bank of China and the China Development Bank. Chinese state banks are not required to disclose all investments or defaults and loan restructuring on existing loans. As such, BRI financing tends to be considerably more opaque than the International Monetary Fund (IMF) or private-sector loans. In addition, reliance on Chinese companies for construction and sourcing materials has made partner-countries increasingly dependent on China’s geopolitical and economic agenda. This combination of economic reliance and limited transparency is a potential breeding ground for political exploitation and makes it difficult for other investors to compete.

The BRI has also raised a slew of security concerns for the US and other North Atlantic Treaty Organization (NATO) allies.

With NATO countries like Greece, Italy, Hungary and Hungary moving forward with Chinese-funded infrastructure projects, critics have attacked China’s use of Military-Civil Fusion (MCF). MCF — the collaboration and sharing of intelligence and expertise across the military and private enterprise — drew considerable criticism under President Trump, as he signed an executive order last year barring all US investment in 31 technology and infrastructure companies suspected of ties to China’s military. Espionage will remain a top concern under the new administration through Biden’s commitment to addressing continued cyber threats from China and Russia.

As well as more subtle security concerns, the US Defense Department expects China’s military presence to grow alongside the Initiative’s expansion. Although, to date, China has just one foreign military base located on the Somali Coast, the Pentagon expects the Chinese military to expand under the guise of protecting investments. In addition to military installations in the South China Sea, Beijing has reportedly explored opportunities along the China-Pakistan Economic Corridor.

Despite concerns over China’s ulterior motives for the Belt and Road Initiative, many partner-countries are grateful beneficiaries.

The BRI has also become an important component of the Chinese economy. As the staggering economic growth of the early 2000s has slowed, China relied upon the BRI to bolster an increasingly debt-laden domestic economy. Despite being hit hard early in the pandemic, the Chinese economy has rebounded impressively, emerging from the 2020 global recession as the only major economy to report positive growth.

Despite the potential reluctance of countries to undertake large investment projects in the wake of the pandemic, China’s quick recovery has sustained expectations for BRI expansion.

Regardless of increasing animosity between the US and China, Chinese influence around the world shows few signs of slowing.

Notwithstanding the potential long-term economic or political consequences, bilateral relations with China remain desirable in countries where investment opportunities have been overlooked or neglected. Particularly as President Biden doubles down on his commitment to multilateral diplomacy, countries that prefer economic relationships without associated the socioeconomic and political obligations of US and EU loans are likely to strengthen ties to China.

If the US and NATO allies fail to combat the transparency and security concerns associated with the BRI by engaging with emerging economies, global trust and multilateral diplomacy will continue to suffer.

Featured image by Pas China and obtained via Flickr under Public Domain.