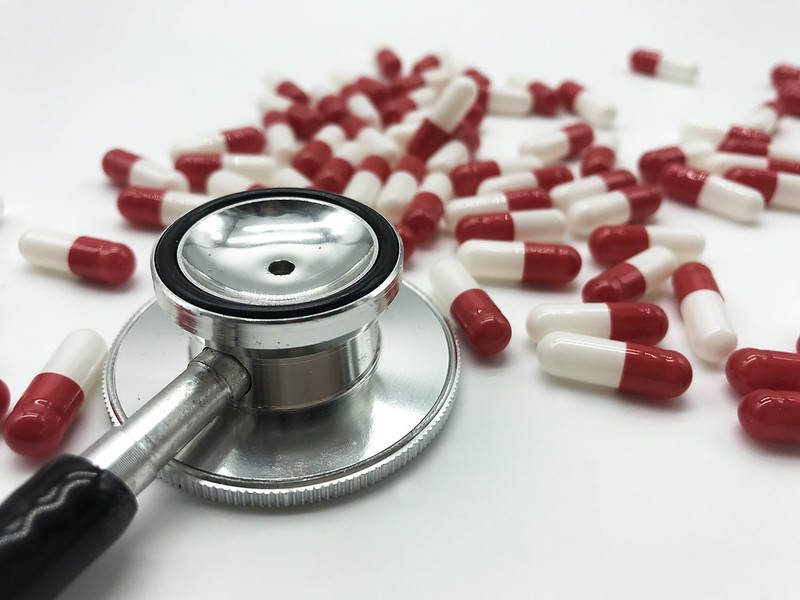 The absence of a national pharmaceutical plan exposes an acute failure of Canada’s universal healthcare system. Inequities in availability and affordability of prescription drugs are substantial; with 11.3 per cent of Canadians not having access to public or private drug insurance, many cannot afford to pay for their prescriptions. The current prescription drug coverage scheme presents cost barriers for an estimated three million Canadians. The Canadian Pharmacare Act offers a viable solution in the form of a public pharmacare plan that would entitle all insured persons to coverage for the cost of insured drugs and any related dispensing fee.

A source of national pride, Canada’s healthcare system is considered an exemplary model of universal health coverage. Its most notable feature: the publicly funded system provides all citizens and permanent residents with free access to physician and hospital care. However, according to one Commonwealth Fund report, the country’s healthcare system ranks only 9th out of 11th among high-income countries. Canada’s poor performance is explained partly by its low ranking in the “access to health care” criteria. The parameters for determining accessible health care include affordability of medication and timeliness of receiving care.

There is currently only one provision within the Canada Health Act (CHA) that exempts the cost of prescription drugs for a patient: when the drug is administered in a hospital. Outside of a hospital setting, Canadians must rely on a “patchwork” of public and/or private insurance plans for prescription drug coverage. This approach inadvertently leaves some Canadians without effective drug coverage.

A consequence of this “patchwork” system is a phenomenon known as ‘cost-related non-adherence,’ wherein patients either delay refilling their prescriptions or do not fill their prescriptions at all due to cost barriers. The alternative to cost-related non-adherence involves individuals forgoing their basic needs to pay for their medication. Evidently, the negative implications for one’s health are worrisome, as many individuals who remain untreated experience additional unnecessary complications.

Anticipation for the first reading of Bill C-213, An Act to enact the Canada Pharmacare Act, has inspired calls for implementing a national drug formulary once more. Among the Pharmacare Act’s proponents is the College of Family Physicians of Canada (CFPC), who explicitly expressed their support for Bill C-213. The Act, tabled by the NDP, was introduced into parliament as a private member’s bill in February. Its purpose: “to establish criteria and conditions that must be met before a cash contribution may be made in respect of public drug insurance plans.”

The Pharmacare Act, a piece of federal legislation, would preserve the already established coordinated scheme between the provincial and territorial health care systems. In essence, the Pharmacare Act establishes the legal framework for allocating cash contributions to the provinces each fiscal year. The criteria for payments requires provinces to fulfill the same criteria specified in the Canada Health Act: public administration, comprehensiveness, universality, portability, and accessibility. Thus, the argument that a national pharmacare plan infringes upon provincial jurisdiction over health care is refuted; provinces must simply fulfill the criteria already set out for them.

As the pharmaceutical industry continues to produce innovative medicines, the current system is ill-equipped to compensate for the mounting costs associated with new types of medicine. The increasing expenses of pharmaceuticals will make it increasingly difficult for Canadians to access the medication they require without an institutionalized prescription drug coverage policy.

Admittedly, a pharmacare program could complicate the broader health care system already established by disrupting the current “patchwork” system that protects provincial jurisdiction over the managing and delivery of health care. However, the model for pharmacare advanced in Bill C-213 advances a “ fill-the-gaps approach” rather than a universal, single-payer model. Such a model would maintain the provincial governments’ powers to legislate health care by providing cash contributions only when a province requires, upholding federalism in Canada.

The COVID-19 pandemic has also emphasized the need for prescription drug coverage in Canada, particularly as unemployment rates have increased from 5.67 per cent to 13.7 per cent (at its peak). Without employment, many Canadians have also lost access to employer-paid benefit plans, plans essential for their ability to afford prescription drugs.

Five national commissions have all sought to demonstrate the potential for a universal pharmaceutical coverage plan, thereby suggesting that  providing Canadians with such coverage is feasible. Arguably, the greatest barrier to implement the program is a lack of political will. Trudeau’s Liberal government promised to establish a national pharmacare program but has thus far not followed through. Contrarily, the politically conservative Fraser Institute has expressed staunch opposition to the program. Given Canada’s fiscal reality, the think tank advises against a national pharmacare plan, believing it to be an expensive endeavour that is not worthwhile.

Conversely, the Advisory Council on the Implementation of National Pharmacare reports that a national pharmacare plan would be “good economic policy.” The economic inefficiencies that arise in private plans would be reduced and the government would have greater authority in negotiating prescription medication prices.  Possessing stronger negotiating powers coupled with lower administrative costs and inefficiencies, the government would ultimately save an estimated $5 billion per year by 2027.

However, debates regarding the economic advantages and disadvantages of a universal pharmacare program distract from what is most important. The fact remains that there are Canadian citizens who are currently unable to afford their prescriptions. It is difficult to fathom any argument that could justify such suffering.

Featured image by www.chemist-4-u.com/ and obtained via Flickr under a CC BY 2.0 license.