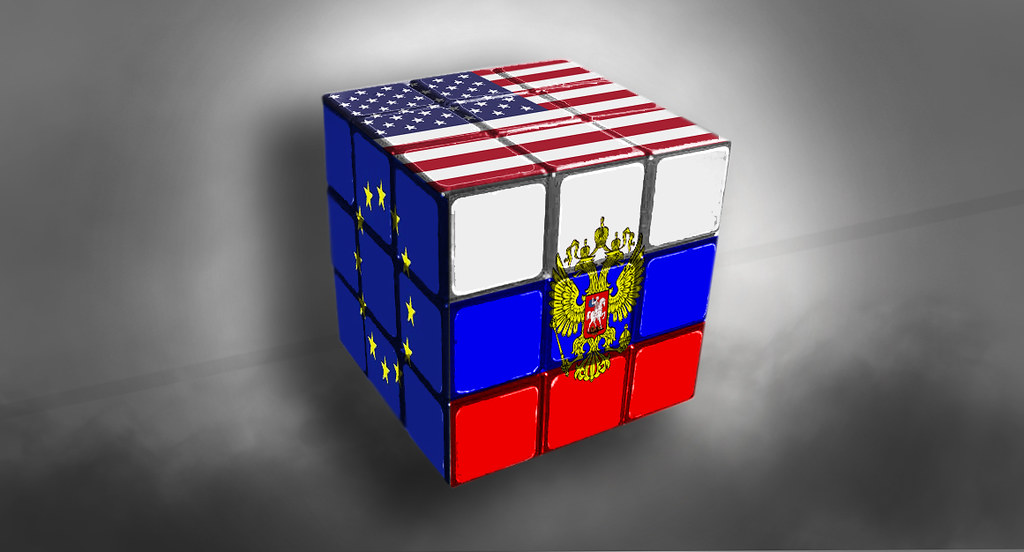 On March 17, for the first time in over twenty years, Russia recalled its US ambassador, Anatoly Antonov, for an undetermined period. This drastic decision came as President Biden responded positively when asked if President Putin was a “killer” during an interview on ABC News. The event prompted an immediate backlash from Russia as Foreign Ministry spokeswoman Maria Zakharova described the event as causing an “irreversible deterioration of relations”. She also wondered on state television “[w]hy do [Russians] always have to translate [Americans’] strange, unintelligible political gibberish into normal speech?”

Putin himself responded to the accusation on a video call with Crimean residents, celebrating the 7th anniversary of Russia’s annexation. He referred to a children’s rhyme which would loosely translate to ‘takes one to know one.’ He also wished Biden “good health,” a nod to the state media’s portrayal of the President as an old man with dementia.

In the same interview, Biden added that Russia is “going to pay” for its interference in the 2020 election. This comment comes in the wake of a new report confirming Russia’s role in yet another case of election interference. Moscow used the same tactics as it did in 2016, meaning pushing misleading or unsubstantiated claims against Biden “to US media organizations, US officials, and prominent US individuals, including some close to former President Trump and his administration.” Again, Moscow did not push one candidate over the other, but promoted disinformation and divisiveness. Russia responded to the report on the US embassy’s Facebook page, stating it was just “another set of baseless accusations”. It is unclear what Biden is envisioning to punish Russia, but one can perhaps anticipate another round of sanctions.

Not so New START

This latest altercation between the two leaders is nothing new. Indeed, Biden has previously described Putin as having no soul after a meeting in 2011. The harsh words also fit into Biden’s foreign policy agenda. It is quite rare for a President to release his program so quickly after reaching office. By doing so, Biden wants to distinguish himself from Trump’s ‘America First’ policy which was erratic and conflictual. Biden’s approach focuses on strengthening ties with traditional allies like Germany and France and taking a harsher stance on Russia. Yet, both policies seem closer with these new comments. Indeed, sparring with world leaders was a trademark of the Trump era, one can recall the “rocketman” debacle with North Korea.

Despite the tensions between Russia and the US, the latter has expressed a willingness to cooperate with Russia on problems of international security and climate change (especially the Arctic). Yet, as Biden’s comments on ABC highlight, this will not be an eager collaboration, but one born out of necessity. Moreover, selective collaboration may be ineffective as Russia could hold Biden’s comments against him regardless of the problems at hand.

An example of recent collaboration, however, showed that Russia is open to some communication, or at least it was before the killer accusations. On February 3, Russia and the US extended the New START treaty for another five years. The history of the START treaties is a long and complicated one, but the essential goal is to encourage both nuclear powers to gradually downsize their arsenal. In a press statement, Secretary of State Anthony J. Blinken kept in line with Biden’s foreign policy by stating that “[…] [America] remain[s] clear eyed about the challenges that Russia poses to the United States and the world. Even as we work with Russia to advance U.S. interests, so too will we work to hold Russia to account for adversarial actions as well as its human rights abuses […].”

According to Heather A. Conley, senior vice-president for Europe, Eurasia, and the Arctic and director of the Europe Program at the Center for Strategic and International Studies, New START’s renewal is giving the gift of time. Time to negotiate on other issues, such as space regulation, cybersecurity and new Russian technological advances in weaponry that are not covered by the current treaty. However, to move to that negotiation phase, trust needs to be built between the two countries. New START may have been the first step towards that goal. However, Conley was speaking before Biden’s comments. To echo Zakharova, such trust may not come at all.

The next issue on the docket in Russo-American relations is the Nord Stream 2 pipeline. The natural gas pipeline links Russia’s Yamal Peninsula to Germany directly. It builds on the previous Nord Stream 1 infrastructure; combined, they have a capacity of 110 billion cubic metres. The US has an already fraught history with this project, imposing sanctions in 2019 and 2020 against companies involved. This move has halted construction for the past year when there is only 150km left to build in Danish and German territorial waters.

The day after the “killer” comment, Blinken reiterated the administration’s antagonism towards the project, stating that “any entity involved in the Nord Stream 2 pipeline risks U.S. sanctions and should immediately abandon work.”

The pipeline project was a bid to increase Europe’s security of energy supply by connecting it to the world’s largest natural gas reserves. For Germany, Merkel’s administration relies on the project to ease out coal and nuclear power, which would help lessen the country’s carbon footprint.

The US opposes the project as it increases Western Europe’s reliance on Russia’s natural gas reserves. This growing dependence would give more leverage to Russia in forthcoming negotiations as well as increase its prestige. Moreover, the biggest shareholder of the project, Gazprom, is a state-owned company, meaning the profits from the pipeline would go to the Russian government.

As we are dealing with a mainly economic problem here, Biden’s team has shown no willingness to negotiate with the Russians directly. Instead, it is focusing on Germany. A future compromise may include lifting US sanctions (thereby allowing the pipeline to be finished), in exchange for reassurance that Germany would shut off deliveries if Russia acts against America’s interests by, for example, pressuring Ukraine.

Photo by Balkan Photos and obtained via Flickr Creative Commons under a CC BY 2.0 license.