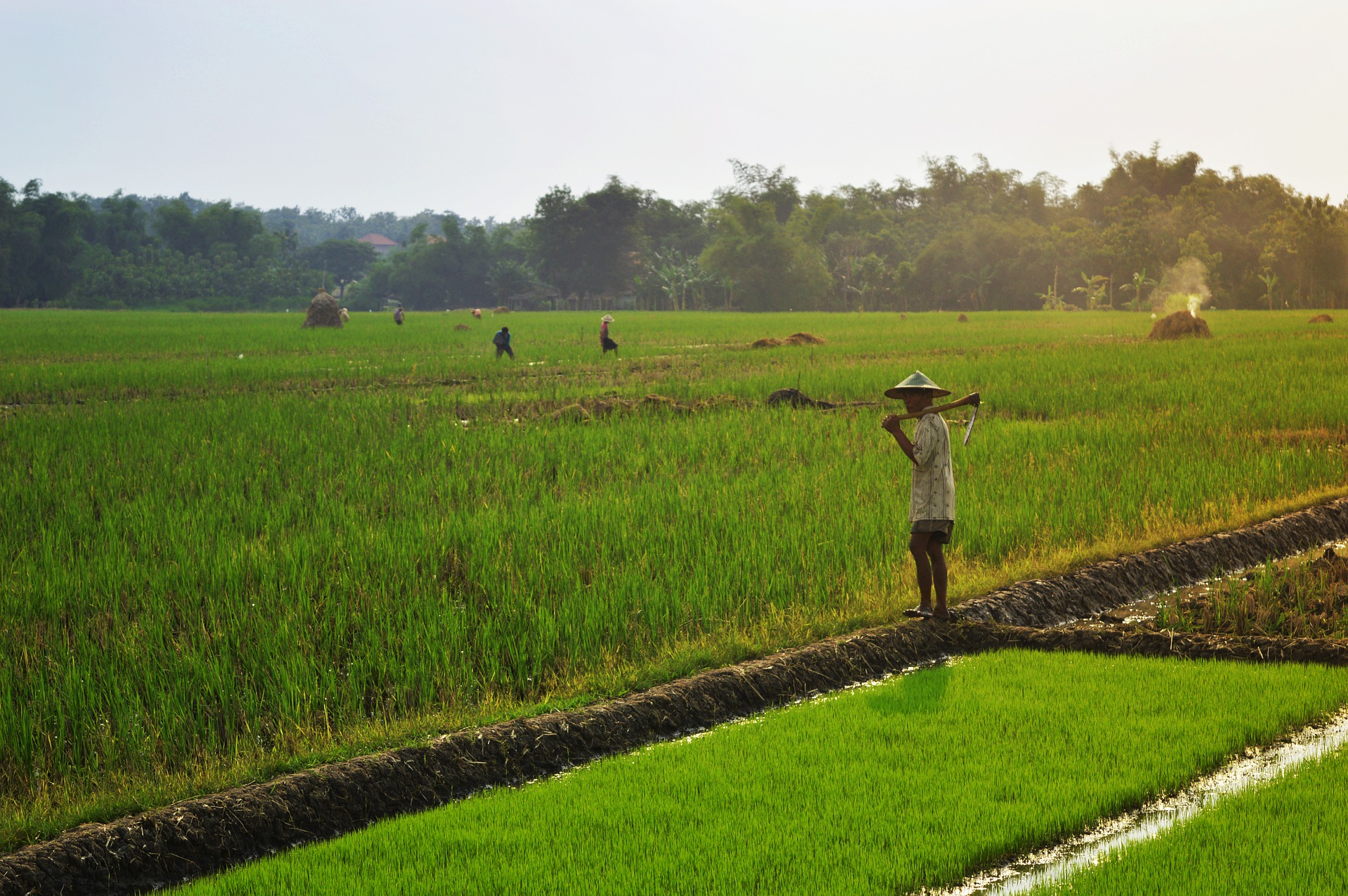 The economic blow of COVID-19 to Indonesia has pushed the government to adopt a series of policies aimed at strengthening the economy. However, its latest endeavours to revitalize the domestic market are set to exacerbate poverty and aggravate natural disasters in the country by strategically implementing more protectionist policies that benefit the elites rather than the working people. Since the Asian financial crisis in 1997, Indonesia has rarely opened up its economy to foreign investors by promoting a policy agenda revolving around self-reliance, especially in rice production.

Like other countries around the world, Indonesia has started its COVID-19 vaccine rollout but has slyly decided to immunize the youth first. While President Jokowi has supported this vaccination strategy by arguing that young people are the main spreaders of the virus, others have raised concerns about the plan. Notably, health experts have expressed doubts over the efficacy of vaccinating the youth in reducing strain on hospitals and the number of deaths related to COVID-19. The underlying motives of vaccinating younger people are most likely related to Indonesia’s newest economic recovery projects which would require a strong workforce to overcome one of the country’s worst setbacks since the financial crisis in 1997.

Indonesia has strategically prioritized the production of rice, which is a symbol of prosperity that is meaningful for Indonesian society. Aiming to achieve food sovereignty, the country has legitimized the implementation of protectionist policies to prioritize domestic consumption and safeguard local businesses owned by elites. In fact, Indonesia’s economy has been shielded by tariffs and non-tariff barriers enacted out of resentment against exploitative foreign institutions, such as the Dutch East India Company and the International Monetary Fund. But years of protectionism have contributed to food shortages in the country, which consumes more rice than it produces. With most Indonesians adopting a rice-based diet, the population has suffered malnutrition that has stunted and weakened the workforce capacity.

Last November, the country implemented the Job Creation Law in an effort to recover from its most dramatic increase in unemployment, soaring from a rate of 5.4 per cent in 2019 to over 7 per cent as of August 2020. The government’s strategy to get the economy back on track has also included the construction of rice estates that would create more job opportunities for the youth, who are five times more likely to be unemployed compared to the adult population. President Joko “Jokowi” Widodo, has touted this project as another step toward achieving food security in these difficult times. This approach to joblessness, however, threatens economic diversity and risks pushing millions more into poverty. The Indonesian government has estimated that approximately 4 million people have fallen below the poverty line due to the pandemic.

State efforts to achieve self-sufficiency in rice production have come at the expense of other sectors’ development in an economy that is detrimentally noncompetitive. For example, the country’s infrastructure sector has retained a colonial structure segregating colonial elites from Indigenous populations who have critically lacked access to drinking water. The construction of informal water services has engendered self-perpetuating issues, such as sanitation crises in which 38 million Indonesians have had limited access to basic sanitation services, as well as land subsidence threatening Jakarta. These issues have not been concretely addressed by the administration who has concentrated its efforts on the development of select economic sectors, neglecting other sectors and long-standing local struggles for improved quality of life.

In their protectionist approach to economic prosperity, rice estate programs have eerily mirrored the cultuurstelsel, or Cultivation System, implemented by Dutch colonial authorities to exploit Indonesian raw material and the population. The imposition of rice cultivation was a key policy of this colonial project that brought enormous wealth to the Netherlands. Like cultuurstelsel, rice estate programs contribute to a lack of dietary diversity impairing public health. The two approaches have left the infrastructure sector largely inadequate for the needs of a growing population. This lack of development prospects may potentially worsen pre-existing issues such as food shortages and water scarcity due to mismanagement.

As one of the biggest producers and exporters of palm oil, Indonesia has gained a bad reputation for the environmental destruction caused by its palm oil sector which has had devastating effects on rainforests and global climate. Consequently, the Indonesian government has focused crop production efforts on rice to improve its international reputation while simultaneously asserting its legitimacy locally. But improper water infrastructure, or lack thereof, has severely compromised Indonesian soils, resulting in groundwater contamination and more severe floods in rainy seasons. The government has eyed rainforests as potential hectares of land to accommodate rice estate projects. As rice production increasingly encroaches on rainforests, the cultivation of Indonesia’s staple food now threatens endangered species and ecosystems unique on Earth.

In the pursuit of prosperity with the rice estate projects, the Jokowi administration has yet to address inflating commodity prices caused by protectionist policies and the plunder of Indonesian rainforests. The government has continuously promoted the need for self-sufficiency, particularly of rice production, to deflect attention from increasingly stricter importation regulations that negatively impact local industries and economic development. Feeding into anti-foreign discourse, the Indonesian government has earned support from portions of the population who have come to distrust imported products, especially those from China which Indonesians have perceived as economic rivals. This propaganda has served to legitimize state interventions in a fragile Indonesian economy by profiting from this obsession with rice in order to justify government policies.

Photo by Erlian Zakia and obtained via Pixabay under a CC BY-NC 1.0 license.