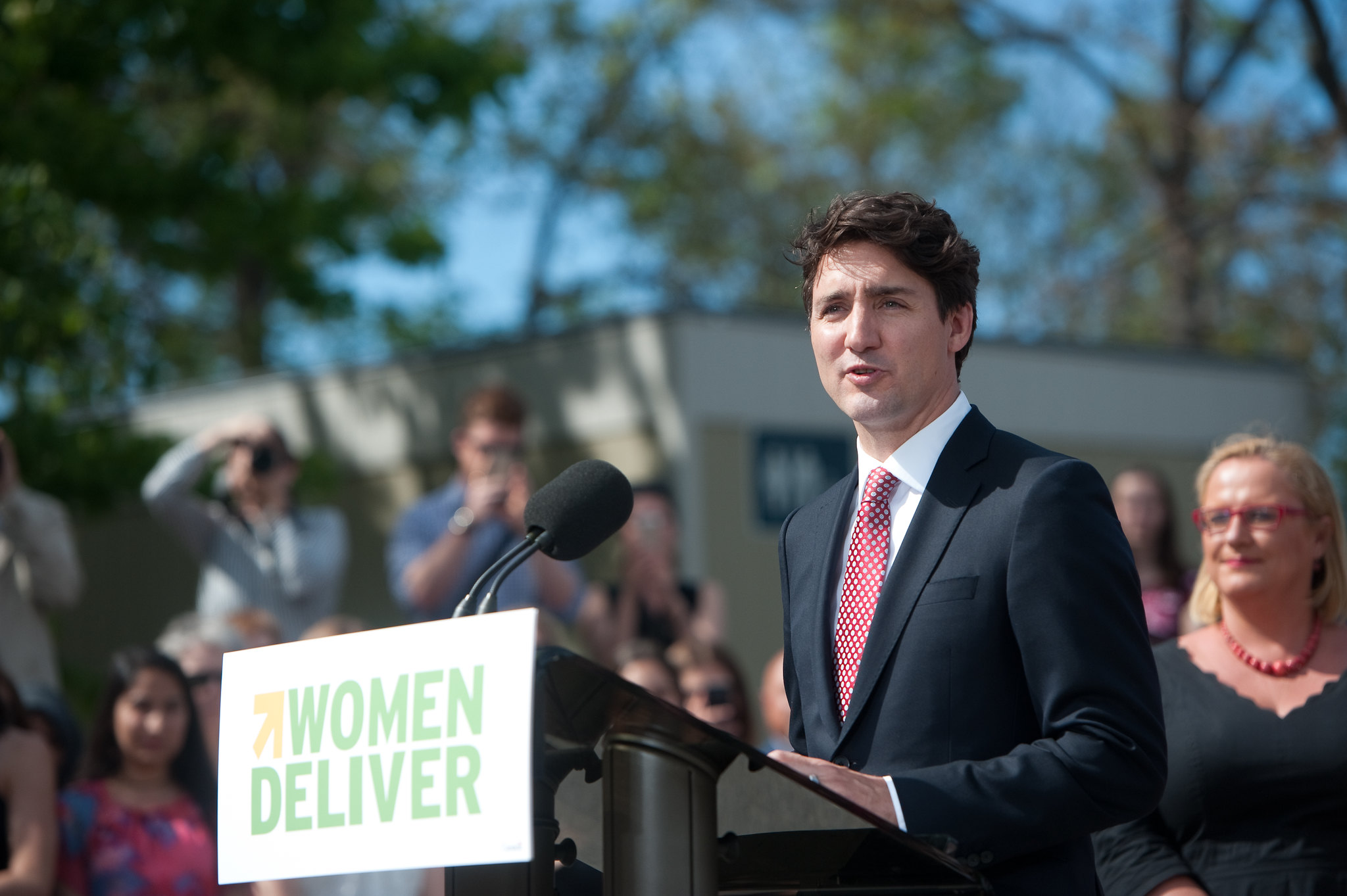 “I’m going to keep saying, loud and clearly, that I am a feminist,” stated Canadian Prime Minister Justin Trudeau at the United Nations summit in New York City, until “it is met with a shrug.”

Trudeau’s feminist persona has indisputably made him stand out as a leader since he took office in 2015, repeatedly winning over female voters and gaining popularity on the international stage as a prime example of a “feminist government.” Since he became Prime Minister, there has been a shift toward greater representation for women in Canadian politics. For example, in 2015, 88 women were elected to the Canadian House of Commons — breaking a Canadian record. Now in 2021, following the 2019 election and two 2020 by-elections, women represent 100 ridings. Trudeau appointed his new cabinet based on gender parity in 2015 and again in 2019 for the first times in Canadian history.

Trudeau has made it clear that he is a feminist, propelling conversation about the role of women in Canadian society and about what a feminist government looks like.

While these are generally positive changes in conversation that recognize the vitality of women’s and gender equality as fundamental Canadian values, Trudeau may have to make more substantial changes to back up his feminist claims. Accusations that Trudeau is a “fake feminist” grew popular on Twitter following the scandal involving former Attorney General Jody Wilson-Raybould. She and Jane Philpott (the latter in solidarity) resigned from cabinet in response to the Prime Minister’s actions when he tried to pressure Wilson-Raybould to forgo criminal charges against a Montreal company: SNC Lavalin Group Inc. Instead, Trudeau pushed for a civil penalty in a clear ethics violation of the judicial system.

Unnamed Liberal party members resorted to demeaning Wilson-Raybould, labeling the former Attorney General as “difficult” to work with and “incompetent,” playing into stereotypes of women in the workplace when they dare to speak their mind.

After their resignations from cabinet, Trudeau dismissed Wilson-Raybould and Philpott from the Liberal caucus. Trudeau’s treatment of Wilson-Raybould demonstrated that he and the Liberals were willing to manipulate the country’s first Indigenous woman Attorney General in exchange for avoiding potential Canadian job losses that would result from pursuing criminal proceedings.

Has Trudeau really cemented the feminist government he so boldly promised, or rather has the Liberal Party strategically reduced feminism to a buzzword brand in the Canadian political sphere? And with this in mind, what does it mean to run a country based on feminism?

There is no doubt that there has been greater representation as a result of Trudeau’s “Add Women. Change Politics” campaign. However, increasing women’s seats at the table does not generate automated change despite representation being undeniably important. Rather, without a comprehensive plan to make the system itself more accessible, Trudeau’s “Add Women” movement renders itself a surface level box-ticking exercise that does little to support politically, economically, and racially marginalized women. This reflects a failure to address the intersections of marginalization faced by women who experience multiple forms of oppression.

Comparatively, the Harper government’s ‘we are all equal now’ rhetoric aimed to neutralize gender politics and rationalized the defunding of women’s programs. This is the political climate the Liberal party stepped into, where promoting gender equality and liberalism appeared revolutionary despite the fact that these views are the most basic of what the women’s rights movement has been fighting for, for decades.

Nevertheless, Canada’s gender divide remains a problem especially among marginalized women. For example, Indigenous women and girls go missing, are murdered, and face violence at disproportionate rates compared to non-Indigenous women. In fact, Indigenous women in Canadian federal prisons are the fastest growing jail population within the country. Trudeau has recognized this as a nationwide crisis but has done little to drill down on the issues.

What is clear is that different women, particularly women of colour, have different experiences of oppression. And while Trudeau-feminism supports gender equality, it makes the naive assumption that supporting the broad category of women, specifically those that already benefit from high socioeconomic status, trickles down to all women. This approach is an example of classic liberal feminism that has been criticized for centering white women and ignoring marginalized women for years in feminist scholarship.

The representation of women in politics seems to be a particular concern for Trudeau feminism. But the reality is that women in Canada do not win elections because the nomination process is disproportionately biased in favour of male politicians. For every 100 women that run for public office, 18 win. Whereas for every 100 men that run for public office, 26 win. As a result of losing more often, women  run less often for their party’s riding. This contributes to the large gap in political representation in which women in office comprise only 24 per cent of Canadian elected officials.

That Trudeau supports women’s and gender equality is not in question. What is open for discussion is whether his claims to feminism are performative brand-building, simply to appeal to female voters and ensure his place in office through “mansplaining” what women have been calling for since the 19th century in Canada. There have been clear improvements for Canadian women since he has entered office, but there is still a lot to be done to address different women’s experiences and seemingly unclosing gender gaps. Having a white, male, privileged leader running the movement seems to be more antithetical than productive in terms of perpetuating real change.

Featured image by Women Deliver and obtained via Flickr under a CC BY 2.0 license.