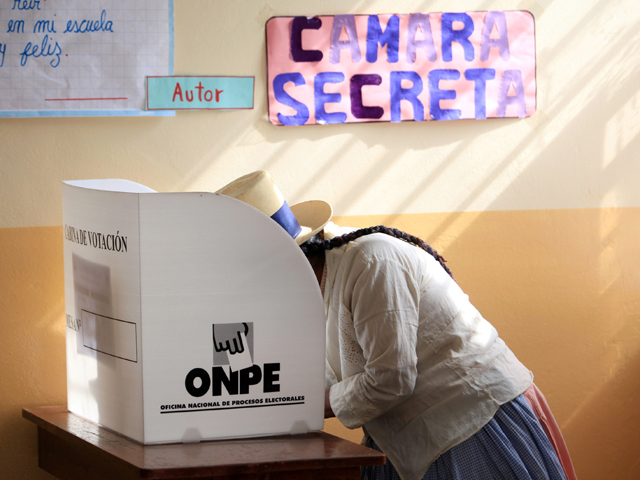 As Peruvians head to the ballot box on April 11th to cast their vote for the next President of the nation, the issue of government corruption will be at the forefront of this election cycle. Political instability and criminality has plagued Peru’s presidential system for decades, a fact revealed by the long lineup of former presidents who have been jailed or face corruption charges. The country’s Congress is highly unpopular and many of its members are frequently involved in corruption investigations. With the consequences of past scandals weighing on the institutions of Peru and a population disillusioned with the political system, Peru’s political path is being forged in the middle of a devastating pandemic.

A Context of Corruption

Corruption cases have underlined most instances of political change in Peru in the past decade. The ramifications of the Odebrecht crisis, a major corruption scheme that affected almost every country in the region in 2017, continues to be seen in Peruvian politics. This scandal had severe repercussions in Peru as almost all the nation’s political elite were implicated and discredited. It is difficult to overstate the impact of the Odebrecht scandal on the legitimacy of Peru’s political elite: it resulted in the arrest of former president Alejandro Toledo, the impeachment and resignation of president Pedro Pablo Kuczynski, and even the suicide of former president Alan García.

As recently as November of 2020, a corruption-based political crisis shook Peru as it went through three different presidents in one week. Then-president Vizcarra, who had implemented multiple anti-corruption strategies, was removed from office by a deeply unpopular Congress on the basis of corruption allegations. His removal from the presidency was the cause of the largest protests in the past twenty years in Peru, a manifestation of the profound disapproval of the Congress from many Peruvians.

The motivations of the right-wing parties of Congress that led the charge against Vizcarra are widely speculated to have been a backlash to Vizcarra’s anti-corruption measures on campaign financing and political limitations. This crisis has plunged the country into a state of political uncertainty, hampering advances against Peru’s widespread corruption and exposing the fragility of the government.

The venality of the country’s leadership and elites has recently come to light once again with a recent case of corruption concerning the distribution of COVID-19 vaccines. The scandal, popularly dubbed “Vacunagate”, emerged when it was revealed that over 470 individuals, including high-ranking politicians, researchers, and their families, received vaccinations as a part of two trials of the Sinopharm vaccine that they were not enrolled in. Notable recipients included former president Martín Vizcarra and his family, as well as Peru’s minister of health and the foreign minister.

While this kind of corruption is not particularly new or surprising within Peru’s governmental elite, the vaccination scandal has carried with it a particular symbolic importance due to the severity of the COVID-19 pandemic in Peru. As one of the nations hardest hit by the pandemic, Peru is currently reporting an average of 9,000 cases of COVID-19 per day. The violation in the vaccine trial protocol is being seen as an abuse of political power as Peru continues to lag behind other Latin American nations with only 2 percent of the population being vaccinated at this point. At a time when Peru’s deep inequality has left the most vulnerable sectors of the population exposed to the economic and health consequences of the pandemic, the already low levels of confidence in the country’s politicians have taken a hit.

What is at Stake?

As April 11 approaches, it appears likely that the corrosive effect of corruption on the Peruvian public’s trust in established politicians will impact election outcomes. A national study recently revealed that corruption was the highest priority of concern for Peruvians in 2020, ahead of the pandemic. With over 70 percent of respondents stating that corruption has been the nation’s main problem throughout the past fifty years, it is to be expected that candidates’ links to major scandals or their positions against corruption will be an important factor for voters. Currently, no candidate holds a significant lead in opinion polls, a situation that suggests widespread disillusionment with the country’s governance.

Keiko Fujimori, daughter of former president Alberto Fujimori who is serving a prison sentence for human rights violations, is a candidate for the presidency once again. While she has attempted to retain a fraction of a loyal Fujimorista following, her odds of success appear more slim than ever now that she has been charged with obstruction of justice, money laundering, and organized crime in relation to illegal Odebrecht financing of her campaign.

On the other hand, George Forsyth, a candidate for the conservative National Restoration party, is trying to position himself as a fresh alternative to an old class of corrupt politicians. Forsyth might find support as a strong proponent of anti-corruption measures, going as far as calling for an amendment to the constitution that would declare corruption a crime against humanity.

Despite his lack of political experience, Forsyth’s tough-on-corruption stance has earned him some popularity in the polls — enough to challenge the odds of the other frontrunner, Yonhy Lescano. Lescano, who is currently slightly leading the race in some opinion polls, is burdened with the baggage of a long congressional career and an association with the political establishment that may work against him.

The pervasiveness of corruption scandals, even in the midst of the coronavirus pandemic, continues to erode trust in the political system. Many Peruvians are disillusioned with the political establishment and the current presidential candidates — consequently, many are disengaged from the democratic process.  Just weeks ahead of this election, 32 percent of Peruvians say they will not support any candidate or do not know who to vote for. It appears unlikely that any candidate will reach the 50 percent vote threshold necessary to secure the presidency, which means that a second round of voting between the top two candidates with the most votes will likely be held on June 6th.

Photo by Globovision and obtained via Flickr under a CC BY-NC 1.0 license.