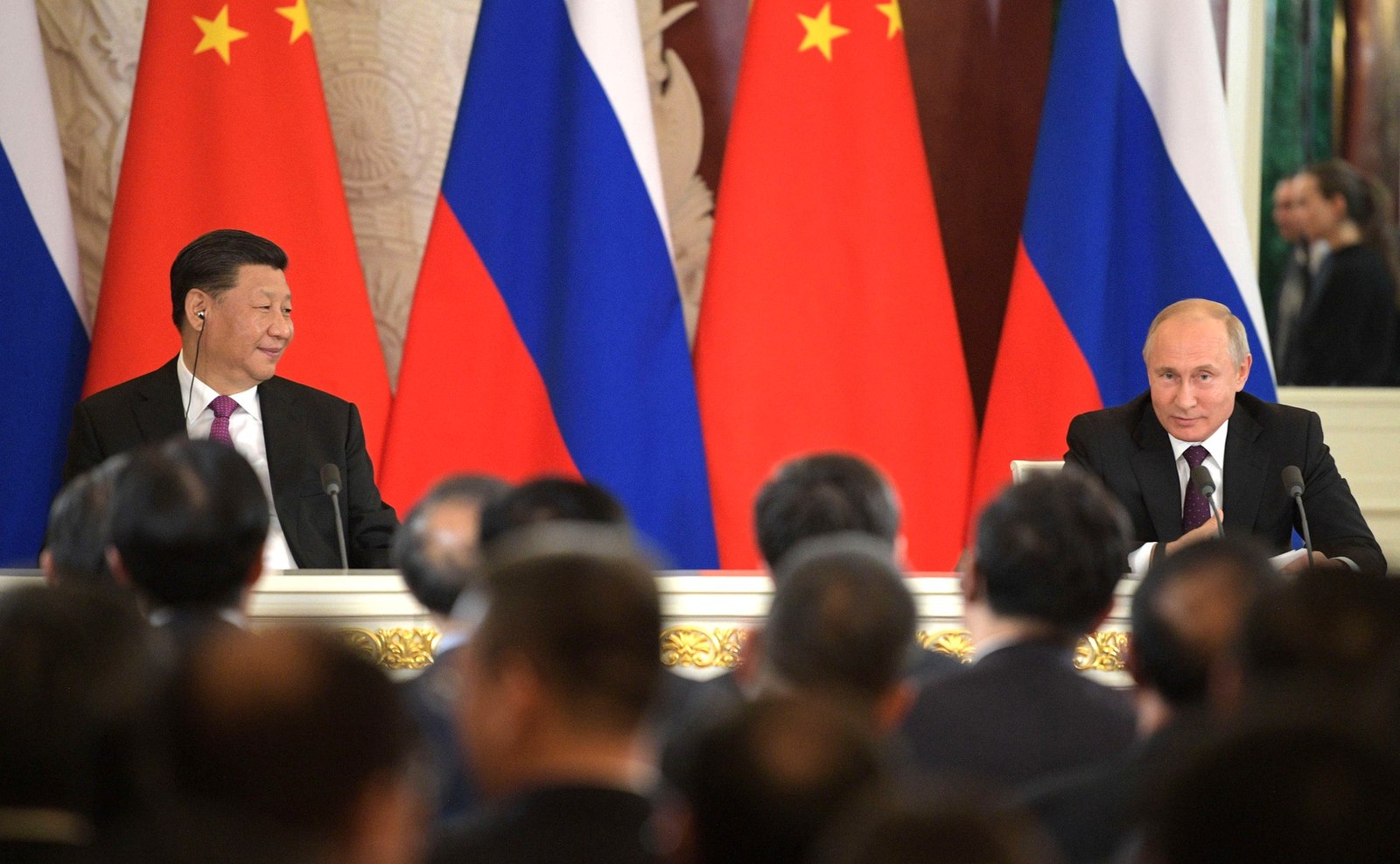 Joe Biden frequently vows to promote multilateralism and rebuild international alliances between the US and the rest of the world. During his foreign policy address at the State Department in early February, the president pledged to reclaim America’s “leadership position” and “moral authority” by standing up to authoritarian powers. However, Biden got a taste this past week of what the system he inherited may look like: A new era of bitter superpower competition with Moscow and Beijing, marked by a deterioration of relations that is likely to deepen Sino-Russian ties. As the two major powers stand closer together, it has created a worrying “security overdraft” for the Biden Administration.

Hostility between these superpowers has been brewing for years, as President Xi Jinping of China and President Vladimir Putin of Russia commenced a sharp turn towards authoritarianism. In recent weeks, relations between Russia and America are perhaps at their lowest since the collapse of the Soviet Union, after Russia withdrew its ambassador to the United States. While previous competition was entrenched in nuclear menace, the current competition is over technology, cyber conflict and influence operations. And although the Cold War has not resumed, the scenes playing out have echoes of the old Soviet-US relations.

Western allies have imposed sanctions on Russian officials over matters including Russia’s annexation of Crimea in 2014, Russian meddling in the 2016 election, and the poisoning of opposition leader Alexei Navalny. However, Russian and American relations took a sharp turn after Putin and Biden engaged in a theatrical exchange, with the two presidents trading insults.

Towards China, the two nations have engaged in chaotic diplomacy after their meeting in Anchorage, with Beijing condemning US interference in its internal affairs. This came after a coordinated effort to hold Beijing accountable for its human rights violation against the Uighur Muslims in the Xinjiang region, whereby the US, European Union, UK, and Canada have imposed fresh sanctions. These include travel bans and asset freezes on senior officials in the Xinjiang region who are accused of administrating the discriminatory policies enforced against the Muslim minority, marking the first punitive measures taken by the EU on human rights issues in China since the Tiananmen Square massacre in 1989.

China has responded to these sanctions saying the allegations were “based on nothing but lies and disinformation” as they continue to brand them as “re-education camps” to combat terrorism. Beijing also slapped retaliatory sanctions on various politicians in the EU and the UK, including five British MPs. China’s State Council Information Office also hit back, criticizing the US, arguing that it should deal with its own domestic problems before it interferes in others. The Council mentioned US issues over racism, financial inequality, its pandemic response. These moves mark a drastic deterioration in international alliances, with China moving away from the West and welcoming its strategic partner Russia to share information and strengthen cooperation.

As Chinese Foreign Minister Wang Yi and Russian counterpart Sergei Lavrov met last week, the atmosphere of the meeting was strikingly different from the intense US-China meeting in Anchorage. The foreign ministers jointly condemned Western sanctions, labelling them “unacceptable”, and stating that the West should stop interfering in other countries’ internal affairs according to their own standards. Both sides also agreed to renew its Treaty of Good-Neighborliness and Friendly Cooperation, under the principle of non-alliance. This move demonstrates that the two superpowers are ready to deal with common threats based on a strategic partnership.

The Foreign Ministers further called for promoting its local currencies to replace the US dollar and gradually moving away from Western-controlled international payment systems. As China continues to dominate the trading system, it is pushing for the use of Yuan as the clearing currency. A number of Russian Banks have joined China’s International Payment System in an effort to facilitate bilateral trade settlements. These efforts, combined with their joint condemnation of US sanctions, can be seen as an attempt to harm US legitimacy on the world stage.

It must be noted that while Moscow and Beijing both benefit from this protracted anti-American agenda, it is unclear how far this bilateral relationship will go. While the two nations thrive off US schadenfreude, both remain emphatic in seeking to further their respective policies.

Although Biden’s rhetoric of rebuilding international alliances is encouraging, the President has proved incapable of fulfilling promises on the foreign policy front so far. His approach to Beijing and Moscow is failing, and the introduction of new sanctions are likely to make matters worse. Russia has proved highly resilient in the face of Western sanctions since it annexed Crimea in 2014, and the same is true for China. Dealing with the two superpowers will need to take different routes, as the authoritarian governments are unlikely to cooperate with Washington in the current hostile atmosphere.

Featured image by The Presidential Press and Information Office and obtained via Wikimedia Commons under a CC BY-SA 2.0 license