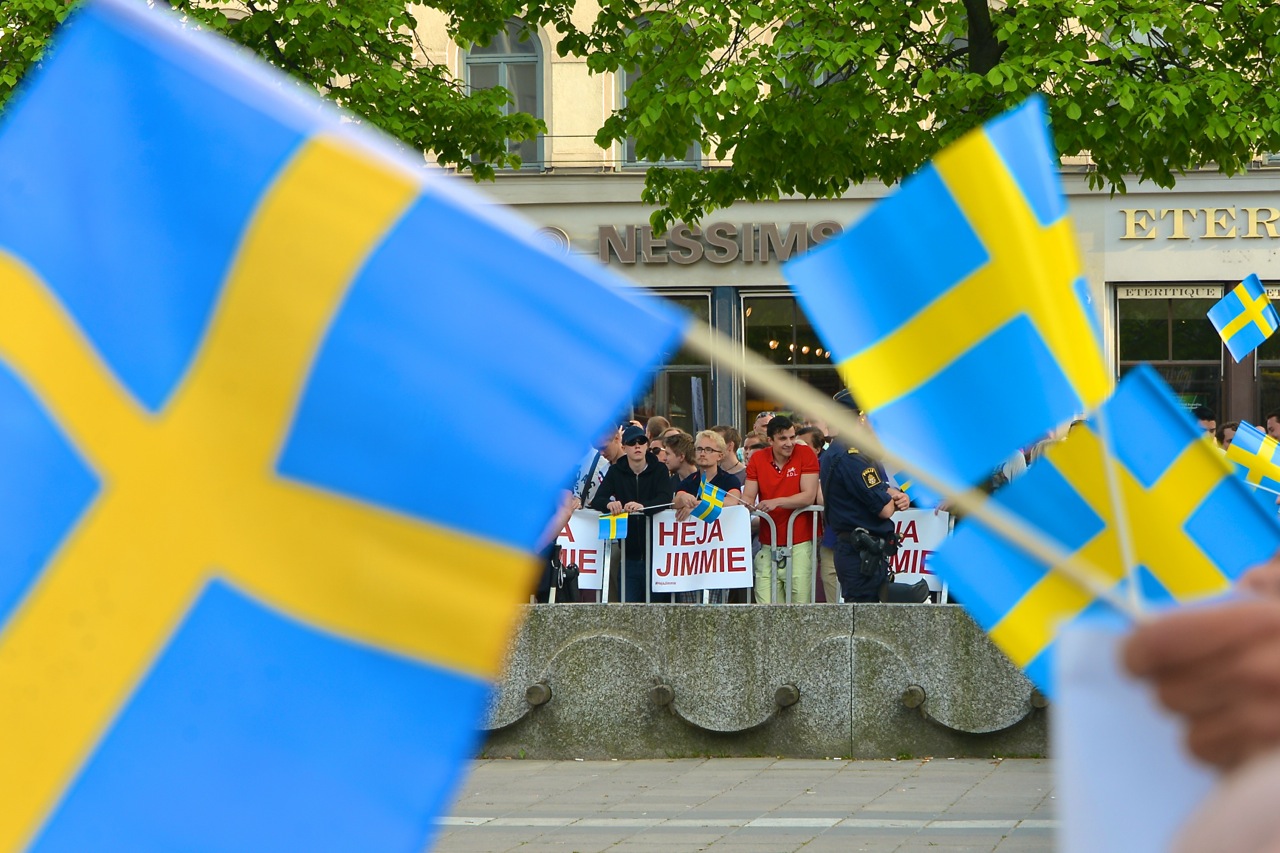 As the Swedish political landscape gears up for the 2022 general elections next year, the mainstream contenders are faced with a novel, albeit formidable, opponent in the far-right Sweden Democrats (SD) under leader Jimmie Akesson. With a populist platform that is socially and fiscally conservative, the SD have become the third-largest party in Sweden since 2018, with 17.5% of the national vote, while holding 18% of Riksdag parliament seats. Moderate factions not only lost an unprecedented vote share to the SD in the 2018 elections, but were precluded from forming a single-party majority in a hung parliament, eventually resorting to a coalition compromise between the centre-left Social Democrats, Green, and Left Parties. In the past, far-right rhetoric has been ostracized from the mainstream due to its incompatibility with the Swedish Model, a cradle-to-grave welfare system with progressive refugee and asylum tenets. However, the SD under Akesson may now have a newfound zeal to challenge these beliefs while re-defining Swedish nationalism away from its international image as an international “humanitarian superpower” and multicultural utopia. Whether the SD is a temporary, isolated threat or an outgrowth of a broader Conservative movement, it may be time to reckon with it.

SD’s challenge to moderate parties is not unprecedented, but rather the contrary, with the far-right message gradually becoming more acceptable to ordinary voters today. Despite SD’s 2018 electoral success, their political acceleration was rather unpredictable. In 1988, the SD only captured 0.02% of the national vote, with a miniscule increase to 1% by 2002. Since becoming party leader in 2005, Akesson has claimed to de-radicalize the party from its early roots as a safe haven for neo-fascists, white supremacists, and xenophobes, allegedly expelling over 100 extremist members since 2015.

While critics still point to remnants of fringe radicalism, Akesson has attempted to shape the contemporary SD into a party of conservative nationalism, focusing on traditional family values and social issues, while staunchly opposing asylum for refugees from developing or war-torn countries, which he has vowed to cut down to nearly 0%. In the face of rising income inequality in Sweden and an unstable global economy, blue-collar workers and fiscal conservatives have been quick to flock to SD, advocating for a return to neoliberal policies of the 1990s. These include fiscal austerity and also welfare chauvinism, a right-wing view that social services/benefits should be restricted to the native-born over undeserving newcomers.

The SD has thus criticized moderate parties for compromising the integrity of the welfare system in exchange for international praise through humanitarian assistance, particularly through a no-strings-attached approach to immigration and asylum. Unsurprisingly then, the biggest instrument of political capital for the SD has been the debate over open borders.

The Appeal of Nativism and Anti-Immigration

In 2015, the Syrian refugee crisis ignited an immigration debate across the EU that has become the core of the SD political agenda today. Despite Social Democrat Prime Minister Stephan Lofven bowing to public pressure and introducing increased border checks and security, Sweden still welcomed 163,000 asylum seekers from North Africa and the Middle East, more per capita than any country at the time. The SD has since claimed that assimilation of these refugees is not only impossible but also economically damaging due to the excess of refugee unskilled labor, lacking proper vocational training and basic education for employment that is exacerbated by barriers such as language and cultural differences.

However, while 50% of refugees can be classified as unskilled labor, only 5% of Swedish jobs are suitable for such in an advanced market and services economy. Consequently, the SD has tried to attribute the 8% unemployment rate in 2020 – high for Nordic standards – to refugees who cannot cope with increased competition and instead live off welfare at the taxpayer’s dime. More importantly, the SD has tied this debate over open borders to issues of criminality, law enforcement, and income inequality. They fundamentally blame the national identity of Swedish multiculturalism as the main enablers for this perceived immigrant crisis, citing voter mistrust of the establishment to deal with the rise in violence caused by immigrants.

Sweden’s dismal national response to COVID-19 may have given the SD a smoking gun. Despite being one of the most socio-economically prosperous nations, Sweden has experienced one of the worst mortality rates per capita during the pandemic, at approximately 240 deaths per million people. The SD has been quick to erroneously blame refugees for this tragic reality, claiming that refugees have not complied with health protocols while saturating the health system’s capacity, all while benefiting from the Swedish social safety despite paying less in taxes. The SD has also used COVID-19 to paint a narrative that has polarized two demographic realities: one of the wealthy and ethnically-homogenous Sweden versus the segregated, poor, and violent Sweden occupied by refugees. As the working-class becomes disillusioned with immigration, the SD may be starting to appeal to ordinary voters by rewriting Swedish nationalism within an internationalism versus protectionism binary, rejecting the open welfare and progressivity of the former in favor of the nativism and conservatism of the latter.

While the Swedish model may still hold international clout, the domestic political tides may be turning as 2022 approaches. As the SD gains electoral salience, moderate parties may need to start thinking of the SD less as a fringe party but more as a potential coalition partner. Jimmie Akesson has been in negotiation with the centre-right Moderates, Christian Democrats, and Liberal Party for a potential alliance to rival the Social Democrats in 2022. However, moderates may still need to be wary of branding themselves so readily with the SD if they still seek to advance and represent Sweden’s leading humanitarian role on the world stage. Even as the third largest party, the SD may very well depend on securing a potential coalition to have any chance of getting a foot into government and enacting policy. Despite having a firm grip on the issue of immigration control, the SD’s survival may also depend on delivering this promise in the near future, or otherwise risk being relegated by voters as a fringe party with no tangible results. However, what’s clear is that as long as the immigration debate remains open, the SD will have the upper hand. Further, as more voters drift right, mainstream moderates may need to adapt and toughen their stance on open borders, or risk losing out in 2022. Not only is the rise of SD a radical challenge to the decades of Swedish exceptionalism, progressivism, welfare, and national identity, but may signal a deeper revival of far-right politics in Sweden.

Photo by Frankie Foughantin and obtained via Flickr under a CC BY-NC 1.0 license.