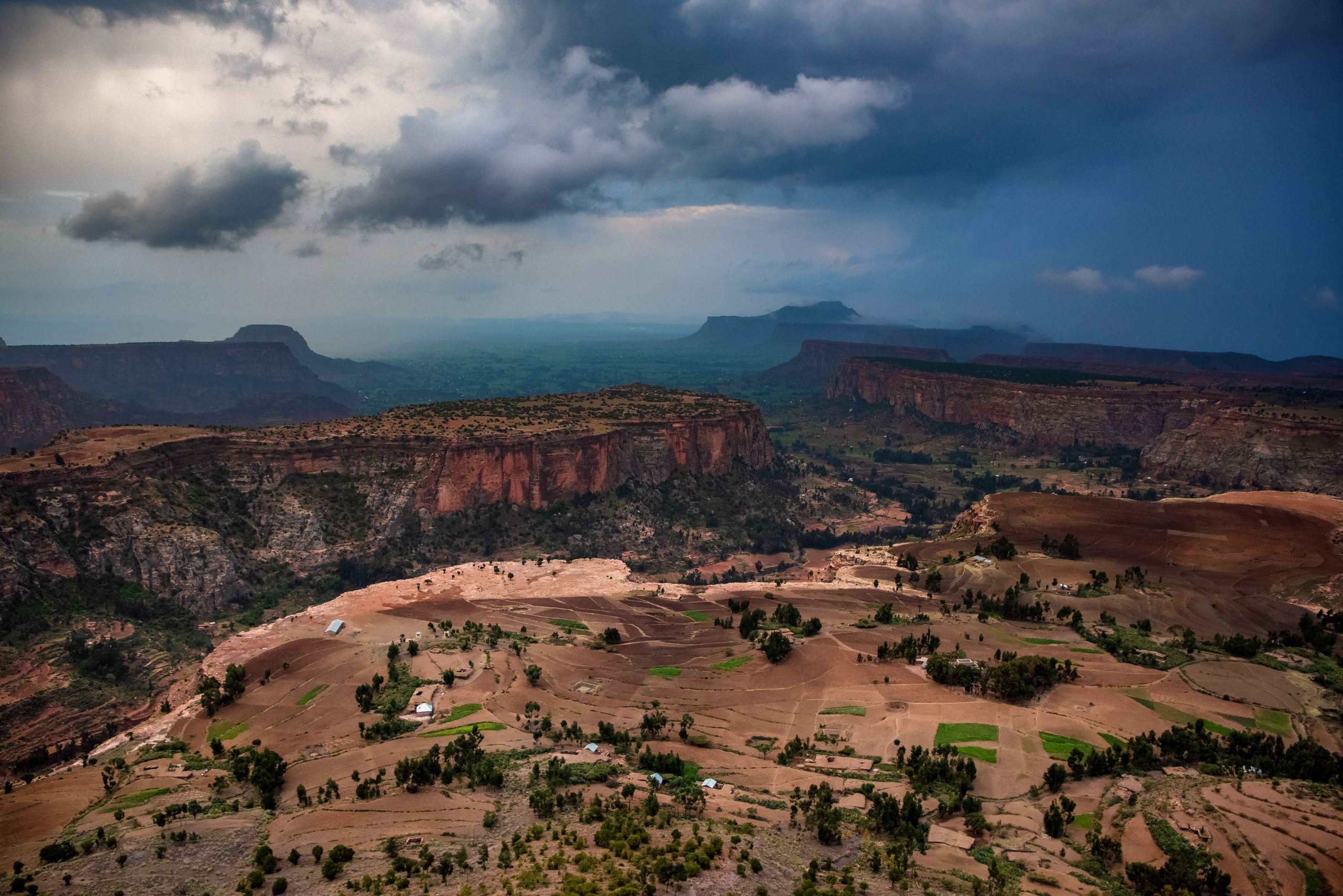 A little over two years ago, Ethiopian Prime Minister Abiy Ahmed was awarded the Nobel Peace Prize for his work in resolving the bloody conflict with Eritrea. He accepted the award with the promise of a peaceful future for Ethiopia, one that is grounded in a genuine multiparty democracy offering equal justice, equal rights, and equal opportunities for its citizenry.

Ethiopia finds itself once again embroiled in bloody conflict, and Ahmed seems to be the fuse. In November of 2020, Ahmed called for a state of emergency in response to an alleged attack on a government military base by the Tigray Peoples Liberation Front (TPLF), a political party that had ruled the country for nearly 30 years before a series of protests resulted in Abiy Ahmed rise to power in 2018. Ahmed assured civilians that the state of emergency and following military operation would save the country from instability and violence.

By late November, the main cities in Tigray – Ethiopia’s northernmost region, had been seized by government forces, putting them back under Abiy’s control. Abiy also declared victory with the assurance that no civilians had been harmed. Despite the apparent success of these military operations in subduing any violence, fighting has been raging in the northern mountains of Tigray with significant spillover effects into local communities.

Hundreds have been killed in massacres. Thousands fled into neighbouring Sudan at such a high rate that the United Nations Refugee Agency has deemed it the worst flight of African refugees in the region in the past twenty years. While this alone should be concerning in light of the apparent empty promises Ahmed made back in 2019, new reports disclosing the deliberate use of sexual violence as a weapon of war to cleanse their “Tigrinya status” imply that genocide may have been silently occurring in the mountainous region.

Between the restricted access to Tigray put in place by the Ethiopian government and the intermittent communication blackouts it has been difficult to bring the atrocities happening in the nation to light. However, as more foreign journalists are allowed into the country, the reality of the situation has been made apparent.

Medical testimonies and records from survivors show evidence of women being gang-raped, drugged, and held hostage. Doctors at Mekelle Hospital in Mek’ele,  the capital city of the Tigray region, have been overwhelmed by the recent surge in victims of cases of sexual assault and rape who bear serious physical and mental wounds for their experiences. Almost all women tell stories of troops on a “self-proclaimed mission of retribution.”

Despite the clear evidence of human rights atrocities occurring in Ethiopia’s Tigray region, top UN officials have only called out the horrific forms of sexual violence stating it is “essential that an independent investigation into conflict-related violence in Tigray be initiated.” They note they are ready to support any intervention efforts but have made no clear attempt to stop the violence themselves despite boosting resources such as the UN Actions Against Sexual Violence in Conflict.

In 2006, the UN Actions Against Sexual Violence in Conflict (UN Action) was formed after the 2006 International Symposium on Sexual Violence in Conflict and Beyond which was held in Brussels with the goal of functioning as a consultative forum and platform for advocacy and intervention. This includes the recognition that rape is not an inevitable consequence of war and the need to promote gender equality in resolving the issue.

Although this UN Action focuses  on advocacy and providing strategic and technical support to countries in the prevention of sexual violence throughout conflict zones, action from member states is not outside their jurisdiction.

Resolution 1820, unanimously passed on June 12, 2008, by the Security Council, describes rape as a clear tactic of war and a threat to international security. Not only does this resolution include a range of sexual offenses in the Rome Statute of the International Court, making sexual violence a war crime, but it also reaffirms the need for states to abide by their obligations to protect civilians from these atrocities.

The importance of this was once again reiterated in 2019 with the adoption of Resolution 2467, an act that substantiates the UN’s commitment to the implementation of eight resolutions on women’s rights and protection. The terms of this new resolution highlight the importance of targeted sanctions against those who perpetrate sexual violence, encouraging action from its member states.

Just as the UN highlighted the mounting horrific situation in the Tigray region, WHO called for an immediate end to the conflict and urged all parties, both state and non-state, to fulfill their international humanitarian obligations and protect civilian populations. United States President Joe Biden has expressed concerns over the mounting severity of the crisis and dispatched top congressional allure Chris Coons to meet with Ahmed. This news comes after the deliverance of an additional $52 million dollars in assistance to the humanitarian crisis.

This is not enough.

Since August of 2020, Genocide Watch has warned of ethnically motivated violence throughout the region. While reports of sexual violence have just recently surfaced, more could have been done to prevent it.

This being said the UN has created some positive momentum toward resolving the issues of sexual violence in conflict. The Resolutions enacted in 2008 and 2019 serve as a good reminder to member states of their obligation to protect all citizens regardless of gender and the prevalence of this topic in international organizations has led to increased discourse and research which betters the chance of formulated targeted mandates to prevent violence in the future. Additionally speaking, retributive justice in the form of criminal tribunals has served as a deterrent to other nations. This can be seen most predominately in the Democratic Republic of the Congo where the UN helped conduct an investigation into cases of Human rights violations, including and bring perpetrators to justice under the International Criminal court.

However, there is still room for improvement. More often than not, instances of sexual violence are thought of as an inevitable consequence of war by weak military leadership and are simply brushed aside. Additionally speaking, peacekeeping operations rarely enter into the field with a focus on reducing conflict-based sexual violence. The clarification and integration of these concepts into peacekeeping missions could play a significant role in encouraging preventative measures in war-torn states rather than waiting after the fact to provide aid to victims.

It is clear that the use of rape and other tools of sexual violence is a violation of international law. For years now, this crime has persisted with many deeming it be history’s greatest silence and it is time that nations and these perpetrators are held accountable, especially when such crimes are occurring under the command of a man who has been internationally recognized for his role in the promotion of peace.

Featured Image Tigray Mountains by Rod Waddington and obtained via Flickr under a CC BY-ND 2.0 license.