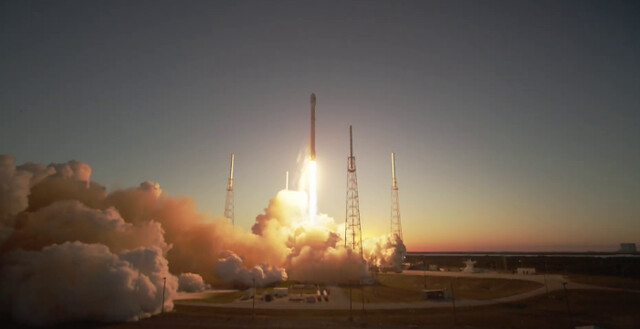 SpaceX’s September 15th civilian voyage into orbit marked the latest in a series of corporate entities seeking to make their mark on the final frontier. Along with other tech giants such as Blue Origin and Virgin Galactic, SpaceX has been a part of the so-called billionaire space race, a rivalry amongst wealthy entrepreneurs who have recently entered the space industry. The race marks a major change from the early era of space travel and innovation which, these days, is increasingly centred in the private sector rather than considered the purview of the government. While this may have some economic benefits, whether it is an overall positive change remains to be seen, given the many potential pitfalls of an increasingly privatized space sector.

From the earliest era of space travel, the burden of financing expeditions has largely fallen on the government. Famously, one of the major fronts of the Cold War was the space race between the United States and USSR. This required a huge amount of government investment in scientific education as well as in the agencies that promoted the operations themselves. For much of recent history, the centrality of government in regards to space travel has been a necessity — states have been the only actors with the requisite funding and technological capability to make such an expedition possible.

However, notably, the past decade has seen the role of private entities in space expeditions skyrocket alongside a major rise in private wealth. The notion of private entities having a role in space travel is not entirely new. Indeed, Cold War era projects relied on private contracts to manufacture government designs, giving them a role in the process. The difference is that now whole projects are being wholly outsourced to private firms, with NASA having no role in the selection or training of astronauts, who are increasingly civilians, or any other major aspect of the process.

In the case of the United States, legislation to pave the way to space privatization was first introduced during the Obama administration. The Commercial Space Launch Competitiveness Act, passed in 2015, explicitly permitted US citizens and industries to “engage in commercial exploration, recovery, and the use of resources in outer space.”

This trend continued during the Trump administration, as numerous executive orders were issued intended to make space travel, particularly in low-Earth orbit, more accessible to private firms. US policy differs from those expressed in the 1979 Moon Treaty, according to which the non-scientific use of space resources should be governed by an international regulatory body. In the past several years, commercial efforts to explore space and perhaps exploit space resources have taken off due to domestic legislative backing.

For many space enthusiasts, such changes are a mixed bag. On the one hand, the possibilities for US space travel are much greater than they have been for years — NASA hasn’t sent anyone to space since 2011 — and the burden on the taxpayer to fund such expeditions is lower. On the other, privatization of any industry often comes with a host of issues. Making the process of space innovation less subject to democratic control and accountability and allowing the concentration of monopolistic power in this industry could give rise to many potential problems.

One pitfall is that unlike NASA, which is bound by the interests of the government and taxpayers, the primary interest of corporations is profitability, meaning that purely scientific aspects of space exploration may be ignored in favor of commercial pursuits.

Another major concern is that a poorly regulated space industry could lead to problems with pollution. The carbon emissions produced by rocket launches are astronomical: Smithsonian Magazine estimates that if SpaceX meets its goal of launching a Falcon 9 every two weeks, 4000 metric tons of carbon would be dumped into the atmosphere each year. This along with other chemical outputs such as chlorine and aluminum oxide, which cause serious damage to the ozone layer, could have serious environmental consequences. Former Chairman of Harvard’s astronomy department, Avi Loeb, also expressed concern that SpaceX’s plans to put 25,000 satellites into space could create so much reflected light that it would interfere with scientist’s ability to observe space from the Earth.

Additionally, corporate presence in space creates the possibility of entrenching monopolistic power in novel ways. For instance, firms with access to Zero G also have the possibility of manufacturing or allowing other companies to manufacture fibre optics far more valuable than those produced on earth. This concern is perhaps less pressing than the others but still illustrates the point that a lack of regulation in commercial space could have serious implications for businesses as well as the broader world.

The recent launches are certainly to be celebrated in some regard — any advancement in space represents opportunities for technological and economic benefit. However, to avoid serious scientific, environmental, and economic consequences, more must be done to regulate the way corporate entities can act in space.

Featured image by NASA Goddard Space Flight Center and obtained via Flickr under a CC BY 2.0 License