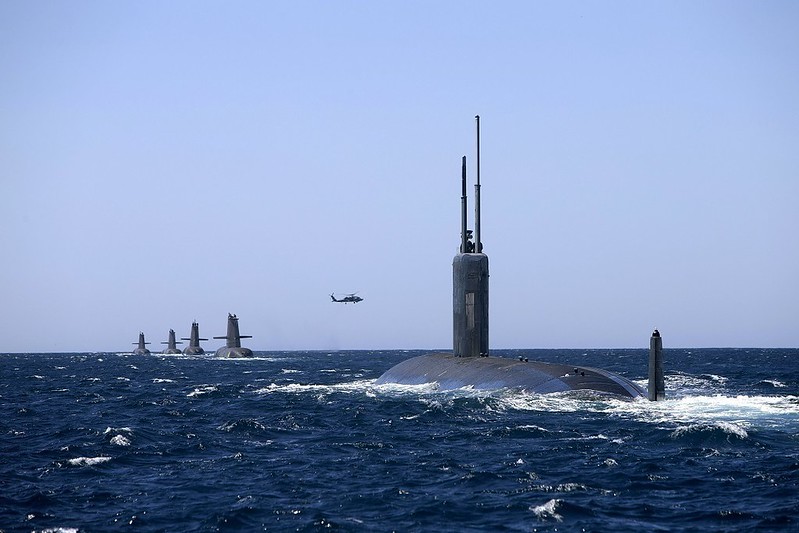 The “submarine crisis” : a threat to NATO cooperation ?

This was “a stab in the back” according to the French foreign minister. France’s ambassadors from the United States and Australia were recalled and the Australian Prime Ministers’ calls  were ignored by President Macron. Following the signing of a mega submarine deal between the U.S., Australia, and the United Kingdom, Franco-American relations have plunged into one of the worst diplomatic crises since France’s opposition to the invasion of Iraq in 2003. Here is the breakdown.

The tensions between Washington and Paris are primarily due to the signing of the “AUKUS” (Australia, United Kingdom, United States) security pact on September 15th, whereby Australia acquires nuclear-powered submarines from the United States. What is the issue? Australia already has a contract to purchase conventional, diesel submarines from France. By signing the AUKUS pact, Australia thus effectively scraps its contract with the French.

Strategic thinking behind the deal

Signed in 2016, France’s 31 billion euros submarine deal with Canberra was seen as the “contract of the century” by many observers. For France, it provided the country with a new ally in the Indo-Pacific, allowing the French to pursue their “third way” strategy in the region — finding an alternative ally to the United States and China. France’s reluctance to pick a side between the US and China goes back to the Cold War Era and De Gaulle’s strategy of non-alignment : while France sees its American counterpart as a valuable ally, it also wants to keep a degree of independence within NATO, in order to avoid being dragged into US lead military operation campaigns and to remain open to possible new allies. Through its submarine deal with Australia, Paris thus thought it had found a strategic partner in the Indo-Pacific and increased its influence in the region.

Similarly to France, Australia was torn between two strategic interests : economically, China was, and still is, Australia’s biggest trading partner, but militarily, the US is one of its main allies. Signing a submarine contract with France thus offered Canberra the comfort of increasing its military influence in the Pacific without  upsetting China or the US.

But this comfort would only be short lived. Following Australia’s decision to ban the Chinese tech giant Huawei from its 5G network in 2017, and its demand for an inquiry on the origins of Coronavirus in 2020, China responded by imposing high tariffs on Australian imports, effectively starting a trade war between the two countries. These economic tensions with its main trading partner, coupled with China’s aggressive expansion in the Indo-Pacific, have considerably pushed Australia towards its American ally.

While the AUKUS agreement does not explicitly define itself as a response to Chinese aggression, its strategic implications are quite clear. First, the pact guarantees Australia American nuclear powered submarines, which can remain submerged much longer than their French diesel powered counterparts and can therefore be used for longer operations. Secondly, the signing of this pact, can be seen as Australia clearly siding with the US, thus sending a powerful message to China.

While the AUKUS agreement can be seen as a major step in consolidating Australian-American relations, the absence of any consultation with France has caused severe tensions within NATO. In Paris, Australia’s breach of contract and the US’ failure to warn France of the imminence of the AUKUS agreement is seen as a “major breach of trust” from its allies. The French Foreign Minister Jean-Yves Le Drian called the AUKUS deal “a crisis of trust”. As the diplomatic crisis worsened, Macron recalled the French ambassadors from the US and Australia on September 17th. France has also been backed by the President of the European Commision, Ursula von der Leyen who qualified France’s treatment as “not acceptable” and demanded an explanation from President Biden.

The outrage from France and the EU leadership is not surprising. The US’ unilateral decision to withdraw from Afghanistan back in August had already upset its NATO allies. This renewed absence of consultation with its allies now adds fuel to the fire.

While the election of President Biden had brought back hopes of renewed cooperation between the United States and its European allies, the unilateral withdrawal from Afghanistan and signing of a partnership at the expense of one of its allies instead seems to showcase a continuation of his predecessor’s foreign policy. Particularly the absence of dialogue with France and the EU during the signing of the AUKUS pact sends a clear signal : when it comes to containing Chinese expansion, the United States does not trust its European allies.

Photo via Official U.S Navy Page and obtained via Flickr under a CC BY 2.0 license