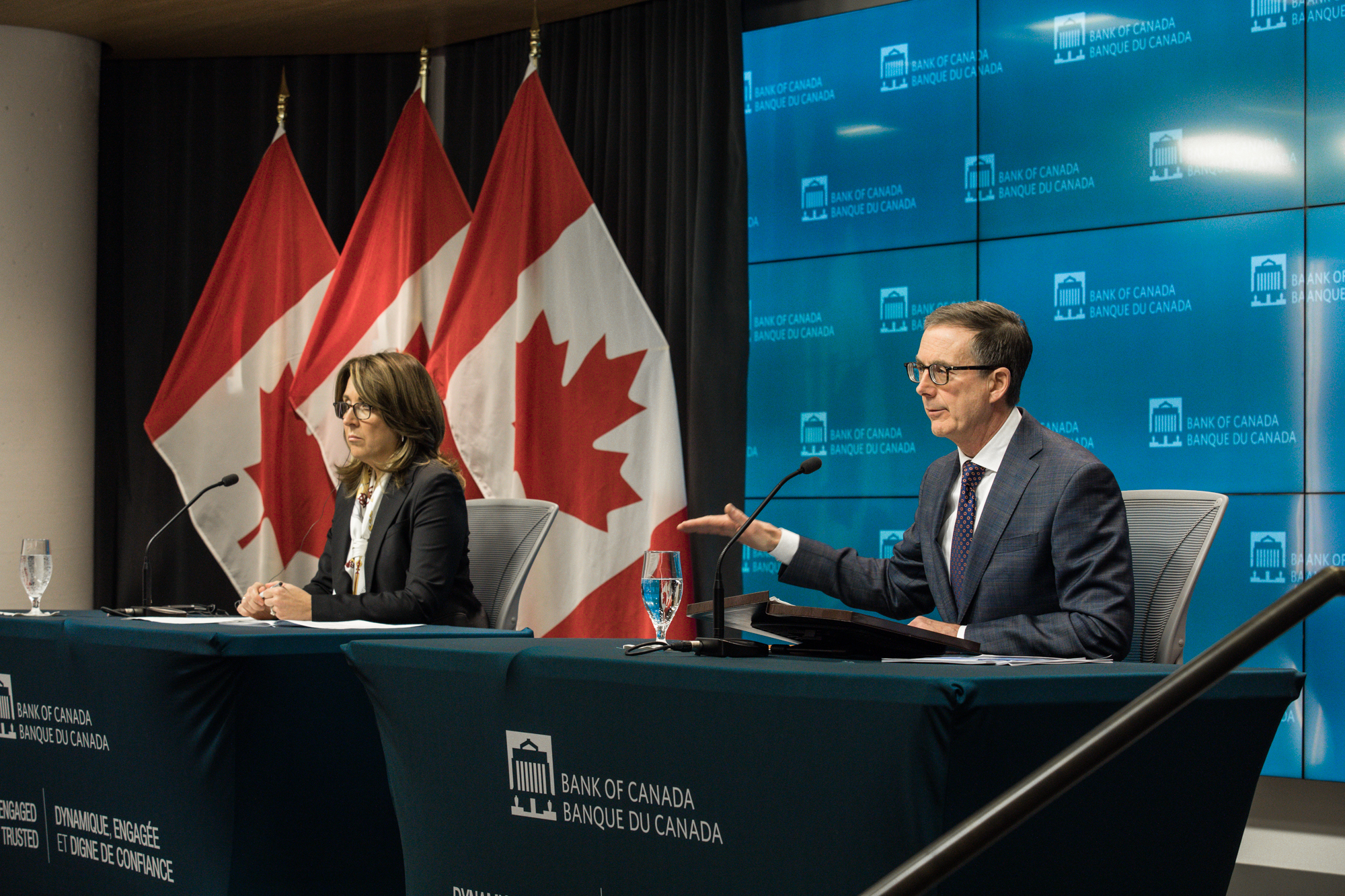 On Wednesday, January 26th the Bank of Canada announced that it is not yet increasing interest rates. This announcement comes as a shock as many were expecting an increase in rates to combat rampant inflation. Why has the Bank made such a shocking decision, and what are the possible consequences of it?

The Bank of Canada dropped interest rates to the very low rate of 0.25 percent at the beginning of the COVID-19 pandemic. Such low rates were meant to counteract the economic contraction that was to follow from COVID-19 and the corresponding restrictions (lock-downs). More precisely, reducing interest rates to such a low rate makes credit affordable and available, such that businesses and households can continue to pay their employees, and meet their basic needs respectively.

Thus, on April 1st 2020, the Bank of Canada began “quantitative easing”. “Quantitative easing” is a term used to denote large purchases of assets or lending to financial institutions on the part of a central bank. In particular, during the COVID-19 pandemic, the Bank bought large amounts of (especially longer-term) Government of Canada Bonds-as much as $5 billion a week. Through its effect on longer-term interest rates and the money supply, quantitative easing ensures the liquidity of financial markets and spurs economic activity by increasing spending and investment.

These policies enacted by the Bank seem to have been successful. During the year of 2021, the Bank of Canada reported a real GDP growth rate of 8.8 percent, with the majority of this recovery being in the second half of 2021. The easing of restrictions and increasing foreign demand for Canadian exports played a large role in this economic rebound. Moreover, the demand for goods and services spurred by the Banks’ policies also most likely played a role. Furthermore, the Bank is expecting a real GDP growth rate of 4.5 percent in 2022. Acknowledging the economy’s rebound and its expected future strength, the Bank ceased its Quantitative easing procedures in October 2021.

However, as Canada’s high rate of inflation suggests, the Bank’s policies may have been too successful. In September 2021 Statistics Canada reported an inflation rate of 4.1 percent. This rate is two percentage points above the Bank of Canada’s 2 percent inflation target and represents the highest year-over-year increase in Canada since 2003. Since then, inflation has continued increasing; in December inflation was reported to be almost 5 percent, its highest rate in 30 years. The reasons for this rate of inflation are last year’s droughts, high energy prices, and a high demand for goods that is unmet because of supply chain problems. This last reason is partly attributable to the Bank of Canada’s policies because quantitative easing and lowering interest rates increase demand2. It is for this reason that many expected the Bank to increase rates.

However, on January 26, the day of the Bank’s monetary policy report, the Bank shocked many by leaving rates at their very low levels. Seeing as an increase in interest rates would counter the rising inflation, why did the Bank decide against raising rates as soon as possible3?

The main reason cited was the negative economic effect that the spread of Omicron has caused, which demands further economic stimulus through low-interest rates. Another reason cited for their inaction was that the Bank of Canada expected inflation to decrease for reasons not directly related to their policies. Chief among these explanations is the resolution of supply chain problems, which will relieve the upward pressure being placed on prices by an unmet, Bank-exacerbated demand. Further justifications are more favorable agricultural conditions and a decrease in energy prices. Based on these expectations, the Bank predicts an inflation rate of 3 percent for the end of 2022.

Although in its monetary policy report the Bank of Canada stated that for the moment they are leaving rates at the current levels, it was indicated that an increase in rates can be expected soon. Their indication of an increase in the near future corresponds with their expectation that the Omicron wave will soon become more manageable and thus economic stimulus will no longer be needed.

What this means for Canadians in terms of inflation depends on the accuracy of the Bank’s predictions. Such expectations are: Omicron (COVID-19) will become manageable, energy prices will decrease, supply chain problems will be resolved, and agricultural conditions will improve. If these expectations prove accurate, then inflation could very well begin to approach its normal target of 2 percent. However, if they are wrong about some of these predictions, it could be the case that there will be no relief from inflation anytime soon.

Featured image by Bank of Canada and obtained via Flickr Create Commons under a CC BY 2.0 license.