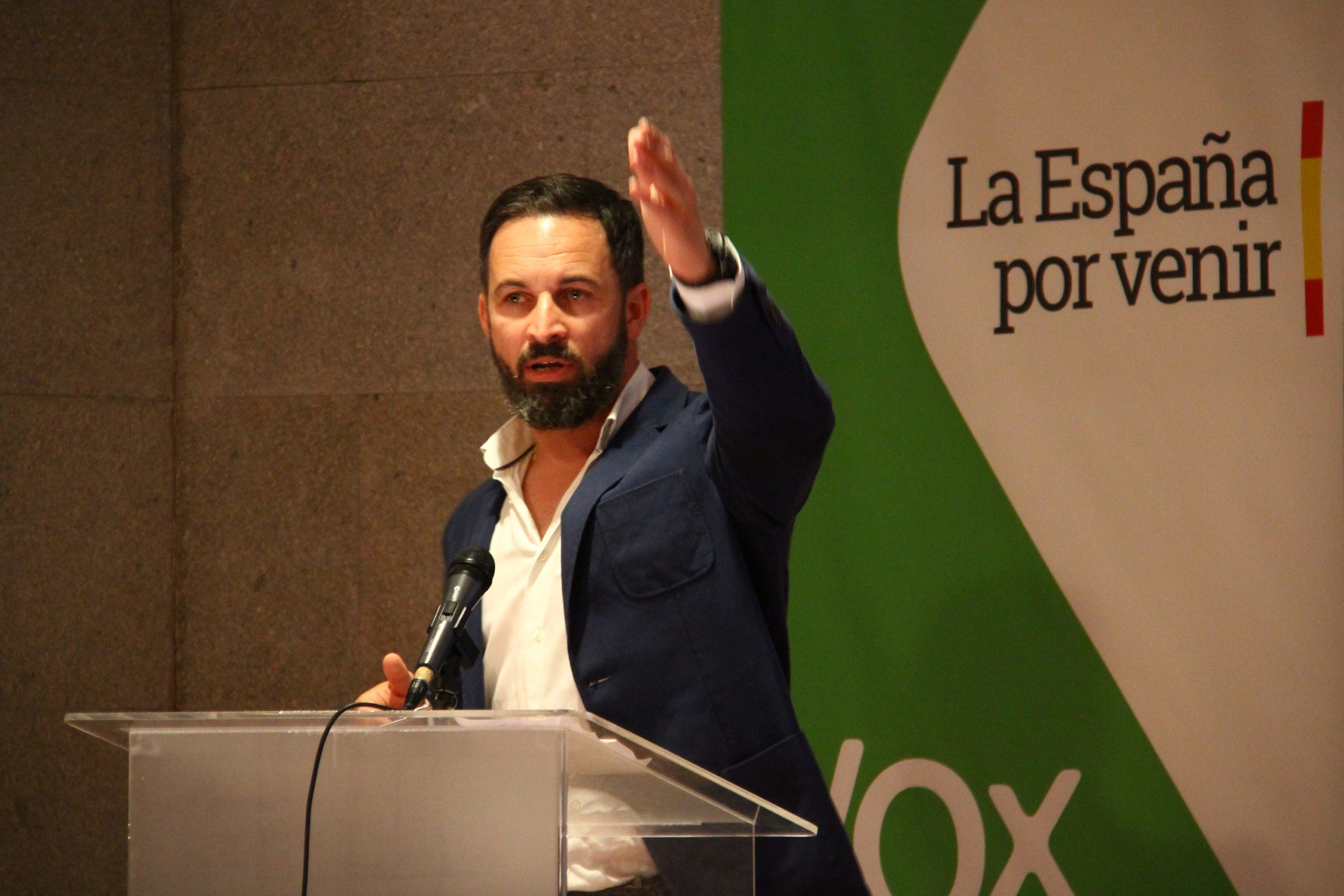 On February 22nd, 2022, the leader of Spain’s centre-right People’s Party (PP), Pablo Casado, was effectively ousted in the midst of a civil war within his own party. Now in its closing stages, that battle, fought between Casado and the president of the Community of Madrid, Isabel Díaz Ayuso,  has left the party significantly weakened. As a result, conflicts within the party left space for the PP’s main competition on the right, Vox, to rise in the polling. In fact, earlier this month, Vox polled the highest it ever has, passing the PP. Yet, the far-right party could represent a bigger threat than just eclipsing the PP out of the public’s choice. If it succeeds in crystallizing its gains and dethrones the PP, Spain’s relationship to the European Union (EU) may be threatened.

The current chaos in the People’s Party is the result of dramatic accusations leveled at Casado by Díaz Ayuso. Ayuso, president of the Community of Madrid, openly accused Casado of attempting to undermine her, likely due to her electoral popularity. This came after several Spanish news sites uncovered an investigation into Díaz Ayuso undertaken by PP officials after corruption allegations were levied against her. While Díaz Ayuso has not successfully disproven these claims, the regional leader’s enduring popularity has however meant that the investigation backfired on Casado. He was forced to call a meeting of the party that will almost certainly see him removed as leader.

The Rise of Vox

In contrast to the current weakness of the PP, the far-right Vox is only growing stronger. Having originally started as an offshoot of the PP in early 2014, Vox is a populist, centralist party that has been fueled by frustration with corruption and separatism in Spanish politics. And while it consistently polled poorly for years after its founding, it experienced a meteoric surge in late 2018 after securing seats in the Andalusian regional election. Since then, it has bounced between 5 and 20 per cent in federal polling, a marked victory for the formerly marginal party.

But the party’s growth did not stop there. In recent months, Vox has secured further gains. This December, the PP kicked their partner party out of government in the region of Castilla y León and called a snap election, hoping to win an outright majority. As such, while Vox won fewer seats than the PP, it has gained significant power thanks to one simple fact: the PP didn’t end up gaining a majority after all, while Vox ended up gaining seats.

Now, Vox is threatening to oppose the PP in the region if they are not made a member of the governing coalition, something that the more centrist party is reluctant to do. However, the PP may have to concede. This spiral can only get worse for them as snafus like a deputy accidentally voting for and thus passing the federal government’s left-wing labor reforms continue to crop up. And discontented voters will likely abandon Casado’s sinking ship for Vox’s, their main rival on the right.

Yet, the fracas in Spain is something greater than a simple battle between two similar parties to win seats. While Spain has had right-wing governments in the past, Vox is uniquely anti-EU. Not only does the party oppose the EU, in fact, it takes after Poland and Hungary in its illiberalism. The party is anti-Muslim, anti-feminist, and anti-immigrant, and its leader has called for a new Reconquista, painting Muslims and North Africans as a group to be violently driven out of Spain. Whether it be Brexit or the aforementioned spats with Poland and Hungary, the EU is in disunity at the moment.

If a core member state such as Spain which is known for its Europeanism embraces Euroscepticism, not only does it threaten the state’s relationship with Brussels, but also the union’s ability to act decisively and set coherent policies. Beyond cultural issues, there are also specific policies over which Vox will likely fight the EU. The party will likely demand more funding from the union’s Common Agricultural Policy subsidies, despite the EU’s repeated attempts to cut down on these grants. It would also oppose further federalism in the EU. Given its alignment with the right-wing Polish and Hungarian governments, this would likely mean working with them on specific policies they have put forward, such as giving states more veto powers over EU decisions. That is to say, if the PP cannot get its act together, the current level of EU centralization will be weakened, and perhaps even undone, under a new right-wing power in Spain.

Photo by Contando Etrelas was obtained via Flickr under a CC BY-SA 2.0 license.