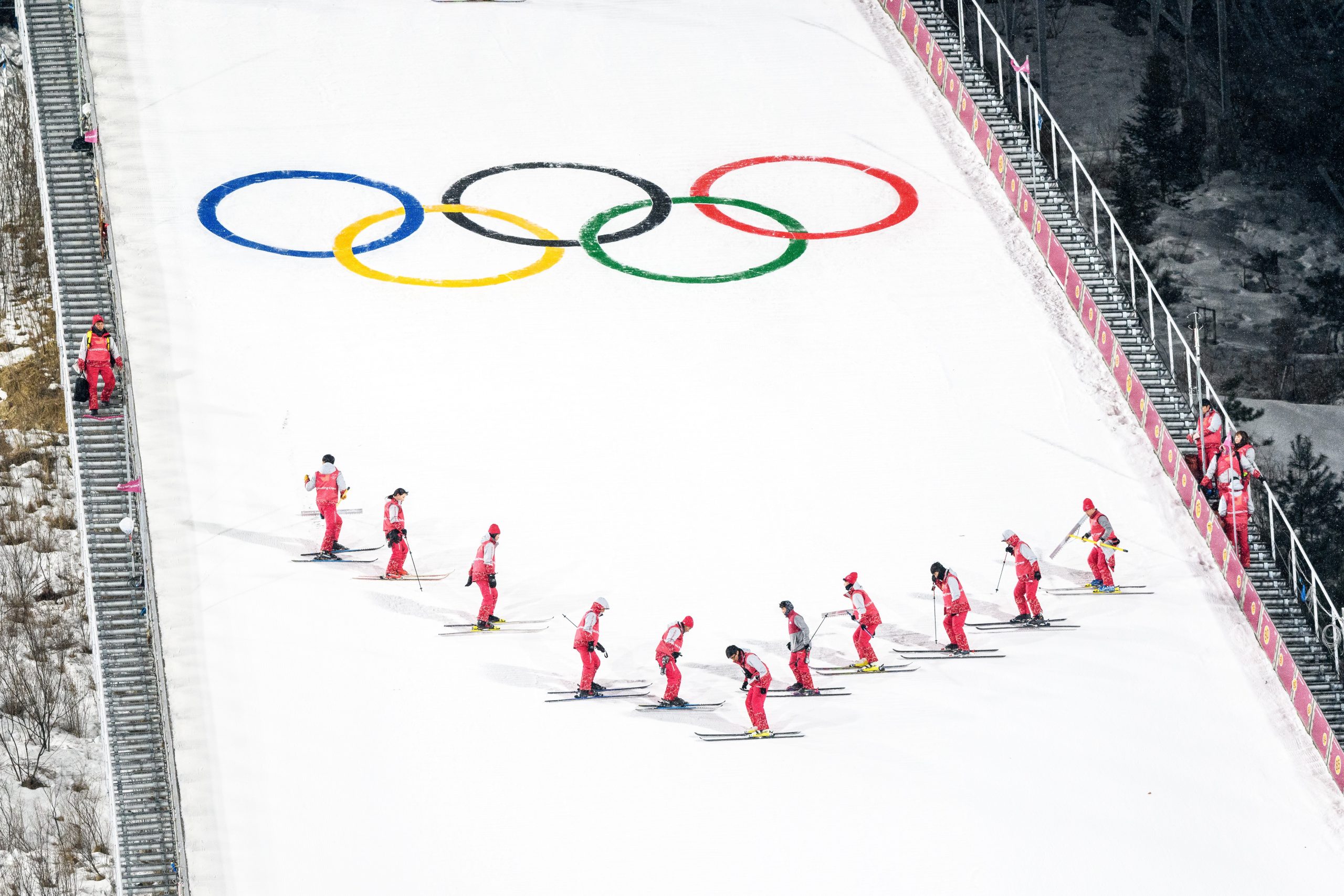 The 2022 Winter Olympics in Beijing were held against diplomatic boycotts, amid several allegations of human rights violations in China. China’s political attempts to clear its name and shift the narrative over “sportwashing” were evident throughout the games. Even though the Olympic games ended on February 19th, discussions over “sportswashing,” and China’s propaganda tactics against Uyghur Turks, continue.

Allegations of the Oppression of Uyghur Turks

According to a BBC report, several countries, including the United States, Canada, and the Netherlands, have accused China of genocide in Xinjiang, home to around 12 million Uyghur Turks. Human Rights Watch has also released reports accusing China of crimes against humanity. These reports reveal that in recent years, China has arrested over one million Uyghurs against their will in a vast network of “re-education centers,” and sentenced hundreds of thousands to prison terms.

In response to these charges, the US, Canada, and Australia, have indicated that they would not send a political delegation to the 2022 Winter Olympics in Beijing. Furthermore, China’s hosting of one of the most important international sporting events, in the middle of such claims, has led to accusations that China is exploiting the Olympics to improve its public image. Amnesty World has reminded the international community that the Beijing Winter Olympics and Paralympics should not be used for “sportswashing” by China, and that countries “must not become complicit in a propaganda exercise.”

“Sportswashing” has been a common strategy among authoritarian governments since the 1936 Olympic Games in Berlin; With allegations of China’s mistreatment of Uyghur Turks during the Beijing 2022 Winter Olympics, such discussions became relevant again.

China’s Foreign Ministry responded to the Olympic boycott by calling the charges of “genocide” in the region the “lie of the century.” China has also stated that in 2019, it freed everyone from its “re-education” camp system. However, based on the B.B.C’s. report, evidence from the region indicates that many are still held captive, and many were relocated from camps to regular prisons.

The Winter Olympics and Chinese Censorship

During the Beijing 2022 Winter Olympics, China demanded that the Olympics not be politicized and remain impartial during the games. However, at the opening ceremony, China picked an athlete with Uyghur ancestry to assist with lighting the Olympic flame, and officially start the games. Many saw this as Chinese government propaganda, contradicting China’s plea. According to Rayhan Asat, a Uyghur human rights advocate, China’s worry about foreign criticism and desperation to defend itself was demonstrated by this move.

The Chinese government launched more Olympic propaganda with censorship measures on Twitter by using an inauthentic network. After analysis, the New York Times and ProPublica identified a network of 3,000 inauthentic accounts promoting state media misinformation around the Olympics. Later, Twitter terminated over 800 accounts that had utilized popular hashtags like #Beijing2022 to drown out dissent regarding China’s human rights violations.

In addition, a screenshot of American-born Chinese skier Eileen Gu’s answer to a netizen’s criticism of Gu’s usage of Instagram, when it is blocked in China, emerged on the Chinese social media site Weibo, which the government later censored. Gu claimed on Instagram that “anyone” may download virtual private networks (VPNs) as they are “really free,” even though VPNs are illegal in China and users have been fined and imprisoned for using them.

The Chinese government’s propaganda efforts, such as censorship and attempting to control the narrative of the Olympics, raises concerns about China’s tight hold on its population in the digital domain.

China, ruled by the Chinese Communist Party (C.C.P.), has an authoritarian regime that extends into the technological and digital domains. The Chinese government employs this “digital authoritarian” paradigm to monitor its people, censor and influence internet communications, and suppress political mobilization. Due to China’s rigorous internet censorship, Chinese netizens operate under the “Great Firewall,” creating an information gap.

Under this authoritarian model, China has also banned many Western platforms such as Twitter and YouTube. China has developed alternatives for these Western social media platforms, such as Weibo, to maintain strong control and limit what is shared. The main reason for China’s strict digital authoritarianism is the fear of social media being used to promote political propaganda, which may lead to a social revolution. If political opposition discourse expands, people may utilize the internet to become agents of social change and scale up to a demonstration.

According to sociologist Zeynep Tüfekci, social media has facilitated the coordination of modern movements, confirming China’s fears about social media. She argued that new networked movements can scale up quickly, and handle a variety of logistical challenges, without having to build any substantial organizational capacity before the first demonstration or march, whereas earlier organizations had to do so beforehand. Tüfekci also observed that social media had a role in the organization of the Arab Spring 2.0, France’s “Yellow Vest” movement, the 2019 Iranian protests, the Hong Kong protests, and the Black Lives Matter movement of 2020.

However, Internet and telecommunications legislation must be explicit and transparent for such political mobilization to occur. The absence of such open and accessible communication stifles the growth of opposition and political groups, as seen during the 2022 Beijing Winter Olympics. Throughout the games, resistance to Chinese government positions was greeted by censorship and monitoring, weakening the Chinese opposition and hindering all possible protests against the Chinese government’s human rights abuses.