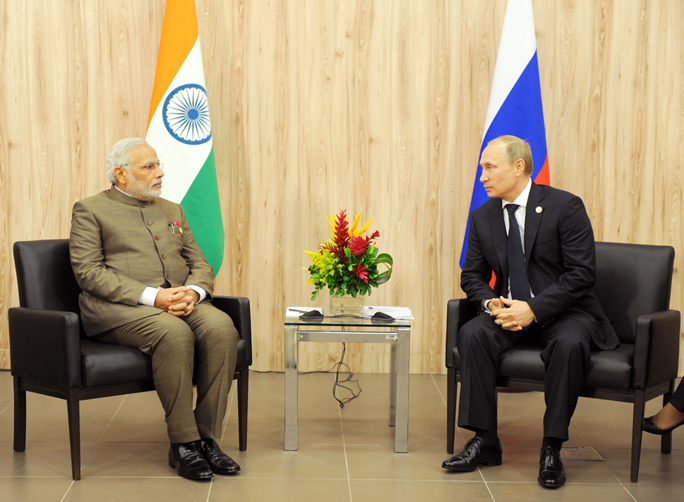 Amongst an unprecedented wave of global backlash levied against Russia for its invasion of Ukraine, one prominent nation has remained reserved in its criticism of Putin. India has refused to directly condemn Russian aggression, calling instead for the cessation of hostilities and continued diplomacy. The 1.4 billion-strong democracy – the world’s largest – considers Russia and the U.S. crucial allies, and has adopted a neutral stance it hopes will allow it to maintain relations with both Moscow and the West.

This was showcased on the February 25th United Nations Security Council Resolution vote denouncing the invasion, from which India (along with China and the UAE) abstained. In two successive UN votes, on March 2nd and 4th, India again abstained, sidestepping the censure of Russian aggression on the international stage.

At the heart of India’s neutrality is a dilemma familiar to any world leader and one that Putin, in his gamble, has sought to exploit in the West: balancing practicality with principles. Indo-Russian relations are deep-rooted, reaching back to the Cold War. At that time, Moscow was one of India’s main arms suppliers and backed them diplomatically over issues like the 1971 Indo-Pakistani War. Today, their “special and privileged strategic partnership” remains strong, with 70% of India’s defensive arsenal and half of its arms imports between 2016 and 2020 coming from Russia. Moscow’s continued support for Indian territorial claims (particularly over the Kashmir region) and their willingness to assist New Delhi in areas the West will not – like with nuclear submarine construction – has cemented Russia as a valuable Indian ally.

Ongoing border tensions with China and India’s long-time rival, Pakistan, means New Delhi will not endanger a steady supply of weapons from their main arms dealer over a conflict they feel is geographically and politically removed from them. Furthermore, Indian decision-makers can’t afford to push Russia deeper into Beijing’s orbit, when Western sanctions are already accelerating that phenomenon. Pulled by the democratic responsibility to uphold territorial sovereignty on one side, and their security demands on the other, India has chosen the latter.

As the West Shouts, India Shrugs

Although Indian officials maintain that their abstention is not tacit approval for Putin’s actions, the U.S. and Europe have expressed frustration over Indian Prime Minister Narendra Modi’s equivocation. U.S. Department of State official Donald Lu voiced the possibility of punishing India for its reliance on Russian defensive equipment, intending to indirectly target Putin by pressuring New Delhi to distance itself from Moscow. Meanwhile, a leaked American diplomatic cable from earlier this month stated that India’s stance places it “in Russia’s camp, the aggressor in this conflict.” New Delhi has countered by claiming American hypocrisy, given Washington’s half-hearted disapproval of Chinese aggression at their border with India and the U.S.’s refusal to sell the country the latest version of its missile defense system – which could reduce its reliance on Russian arms.

Ultimately, Modi can afford to dismiss concerns over Western reprisals because of the pivotal role India plays as a bulwark against Beijing’s growing influence. The shared interest in containing Chinese expansionism has incentivized deeper ties between India and the West, most evident in the QUAD security alliance composed of Australia, India, Japan, and the U.S.

New Delhi recognizes that Washington will likely not risk endangering this vital relationship by coaxing a more assertive Indian response.

Moreover, unlike the tremendous display of popular support for Ukraine in the West, there is comparably little domestic pressure in India to renege on the entrenched Russo-Indian relationship. In fact, Putin’s popularity among Indian nationalists – Modi’s main voter base – saw the Twitter hashtag #IstandwithPutin trend on Indian social media in the days following the invasion.

This may yet change, as calls mount for Modi’s government to accelerate the evacuation of thousands of Indian students trapped in Ukraine, following the death of an Indian student during Russia’s shelling of Kharkiv.

The cost of neutrality

Although New Delhi has been spared substantive Western action over their stance towards Russia, they will almost certainly feel the economic blowback from Russian exports sanctioned by the West, especially energy. While Russian oil makes up only three percent of India’s imported crude, India’s domestic oil industry will likely raise prices to meet climbing international benchmarks and recover their losses. New Delhi has also recently expressed interest in purchasing cheap Russian oil, despite Western efforts to isolate Moscow.

The real cost to India, however, is a moral one. Regardless of how much damage the invasion brings Moscow, Putin will sooner double-down than withdraw from his war with Ukraine. As the conflict escalates, possibly to the use of biological or chemical weapons, civilian casualty counts will grow and Modi will find abstention increasingly hard to justify.
Strategic neutrality, a central feature of Indian foreign policy since the cold war, is now being tested by “the most violent act of unprovoked aggression in Europe since 1939.” As Modi finds himself in the unenviable position of trying to negotiate security needs with moral imperatives, he must come to terms with the reality that sitting on the fence too long will hurt the credibility of a democracy already shaken by the domestic growth of illiberalism.

Photo by Mohit Singh and obtained via Flickr under a CC BY-SA 2.0 license.