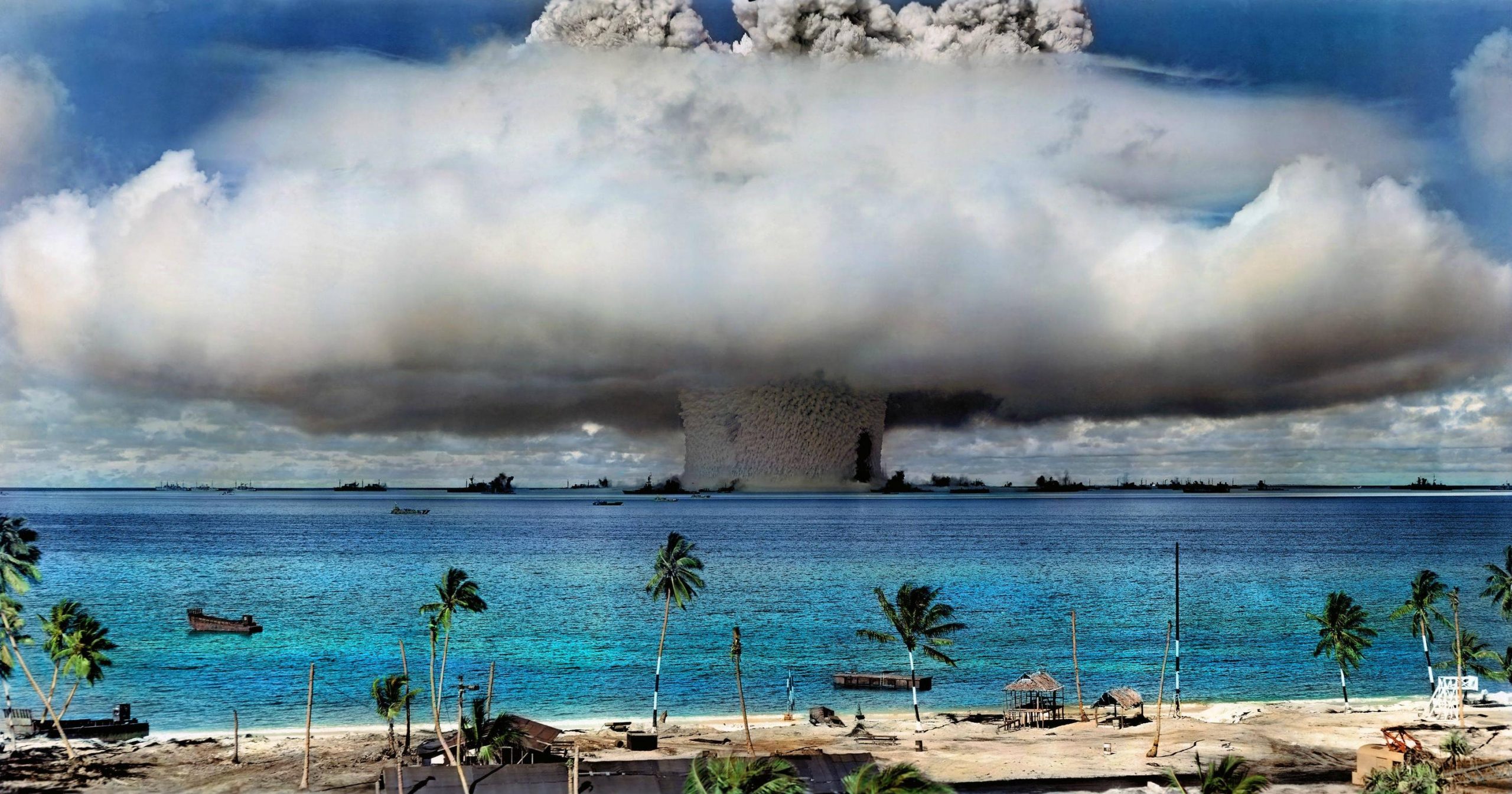 Since the end of World War II, the concept of nuclear deterrence has grown to become a cornerstone of international relations theory. The idea that possession of weapons of mass destruction ensures the safety of a nation and thus that nuclear stockpiling is a smart and strategic response to threats is one that has found traction over the decades, as conflicts on as large a scale have been avoided. However, while detonation of nuclear weapons themselves is arguably deterred by the possibility of devastating retaliatory action from other nuclear powers, recent events as well as various historical case studies indicate that other acts of war are not deterred. It is prudent to examine the true value of nuclear weapons as preventive measures as we again face an era dominated by the threat they pose.

Nuclear deterrence arose first from the idea of military deterrence, which has long been understood as an aspect of conventional warfare. In some part, the purpose of military power is to intimidate enemies; having a clear, demonstrable advantage is meant to ensure that any rational actor will weigh the costs of conflict and decide against it. However, the fact remains that for centuries it was understood that the primary purpose of military power was warmaking before the advent of nuclear weapons shifted it to peacemaking. This ideological change is striking, but whether it accurately describes the role of nuclear weapons in modern international politics is highly debatable.

That nuclear weapons do little to nothing to deter conventional warfare is clear from numerous cases, the most pressing of these being Russia’s recent invasion of Ukraine, an ally of the NATO nuclear alliance. This has not involved the use of nuclear weapons, although Russia’s nukes are on high alert, and the doomsday clock is closer to midnight than it’s ever been. However, it’s clear that despite the fact that Ukraine is softly allied with several nuclear powers, this has not been enough to deter Russian advances.

Attacks on nuclear powers by nonnuclear powers also appear to be largely undeterred. For instance, Israel, at present the only nuclear power in its region, has weathered many attacks by its neighbors over the years. Purdue political science professor Louis René Beres argues that such attacks have been limited in scale, suggesting that Israel’s nukes have motivated restraint on part of its neighbors. However, this claim is difficult to prove, and considering the many other cases of nuclear powers facing threats from nonnuclear ones — for example, the Falkland Islands War, instigated by nonnuclear Argentina against nuclear Britain  — the idea that nukes are overall beneficial in this context seems ill-supported.

It is additionally unclear if the idea of nuclear deterrence outside of conventional warfare is effective. The idea that nuclear weapons will never again be used is one that has broad appeal and has become necessarily popular in the social consciousness. Indeed, with the current Ukraine crisis, there does appear to be reluctance to use these, which is rational given the possibility of devastating loss of life and, of course, second strike capability. However, the theory of nuclear deterrence makes a number of assumptions that cannot be universally relied upon, one of which is rationality.

The idea that cooler heads will always prevail and that caution will be the natural response when faced with a nuclear crisis is challenged by modern criticisms of rationality theory. These suggest that people do not have fixed preferences, are subject to cognitive biases, and on the whole have a poor grasp of probability, meaning they may be more risk-seeking than expected in high stakes situations. The fact that nukes have not been utilized in recent decades cannot be used to say that ideas of rationality will always prevail. Indeed, with the Ukraine crisis, the fear surrounding the possible use of nuclear weapons stems from the fact that many doubt Putin’s commitment to rationality and wonder how he will act if the tides turn against him.

The development of nuclear weapons since WWII has resulted in much smaller and more targeted “tactical” nukes, which could be deployed strategically without quite as catastrophic results as were observed in Japan. As a result of this as well as Putin’s uncertain rationality, some international relations scholars fear that Putin might be willing to utilize nukes as a game changer. “I am legitimately worried that in that circumstance Putin might use a nuclear weapon, most likely on the ground in Ukraine to terrify everyone and get his way,” says nuclear expert James Acton at the Carnegie Endowment for International Peace.

While it doesn’t seem that the use of nuclear strikes in the future is an inevitability, it is certainly possible that, especially in the case of gradual escalation of conventional warfare, they could be used in certain contexts. The doctrine of nuclear deterrence is an appealing one, meant to shift conception of nuclear weapons from practical tools of war to a political, peace-providing strategy. However, upon critical engagement, it appears to have a number of serious flaws.

Featured image by International Campaign to Abolish Nuclear Weapons and obtained via Flickr under a CC BY-NC 2.0 licence