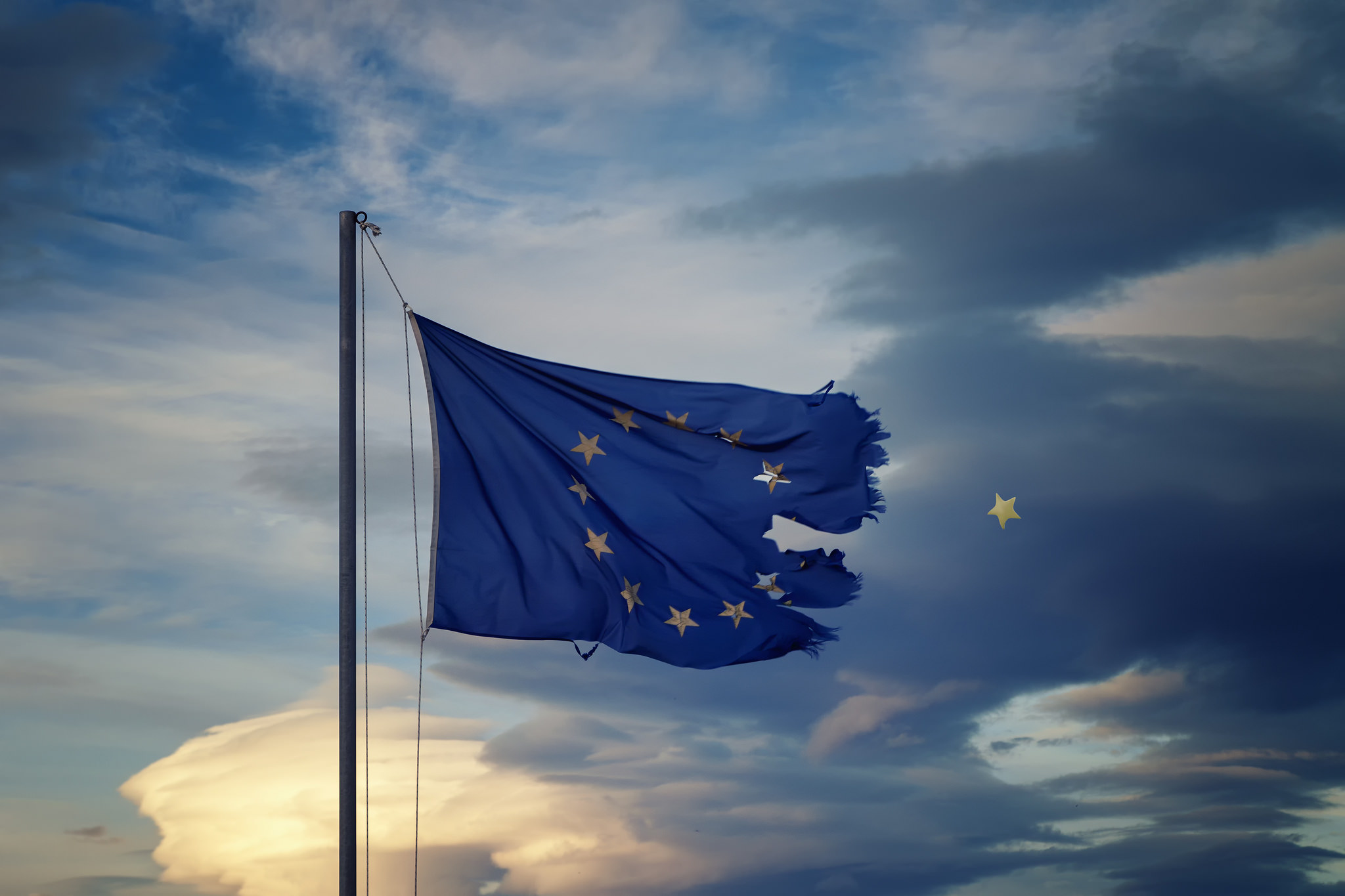 March 4th: For and Against

On March 4th, the people of both Germany and Italy were faced with decisions that will have an incredible impact on the future of each nation-state, along with the entire European Bloc. The European nations were in effect choosing between two options: more or less of Europe. In Germany, after half a year without a government (the longest ever in the post-war era) the Social Democrats (SPD) put it to their rank and file to vote upon the ratification of a third Grand Coalition with Merkel’s conservatives. In Italy, the national body voted in search of political alternatives against unpopular centrist administrations in recent history.

SPD membership voted 66% in favour of the coalition deal, overcoming the #NOGROKO movement spearheaded by the party’s youth-wing. Some fear that the Grand Coalition will only perpetuate status quo politics, which risks stoking the fires of political radicalism. But within the coalition deal lies a subtle pledge to take on some of the structural challenges Europe currently faces. Merkel said that the coalition deal would add “essential impulses” to the movement for European reform. While Berlin has taken an incredibly cautious approach to reform in the past, the coalition deal appears as though it has adopted a ‘Macron-Lite’ version of institutional refurbishment.

Germany’s unique hegemonic position in European politics has made it very hesitant to adopt radical approaches to reform – especially when those reforms might weaken its influence. Moreover, Merkel’s administrations are known for their circumspect and calculative approach to policy making. While this has given the German government stability and policy cohesion, opinions on the political fringes are often left unrepresented. Political scientists have attributed the rise in the radical-right Alternatif für Deutschland to precisely this phenomenon of prolonged centrism.

While the SPD decision was being announced, the Italian demos were at the polls casting their ballots in the Italian national election. At the end of the day, no party emerged with a majority government, but two parties who have taken markedly anti-EU positions came out on top. Matteo Salvini’s ‘La Lega Nord’ draws many parallels with other European right-wing populist parties such as the French Front National. Salvini is vehemently critical of EU policies – he opposes the admittance of illegal asylum seekers and endorsed Donald Trump in his presidential campaign in 2016. Salvini’s party benefitted largely at the expense of Forza Italia. Discontent with traditionalist politics is regarded as the main factor driving north’s electoral choices, rejecting the elitism and corruption fostered by Berlusconi’s past administrations.

While La Lega won over the North, southern Italian came out in support of the anti-establishment ‘5-Star Movement’ whose platform consists of an absurd amalgam of different political ideologies. Commentators have attributed Italy’s radical response to long-term discontent for the policies, notably the fiscal control, exerted over Italy by the EU. The southern Italian economy was hit particularly hard by the Euro-crisis and its economy has been left to stagnate ever since. Low-skilled workers also fear for their job security, as the influx of migrants continues. The 5-Star movement’s commitment to the implementation of a minimum income along with the expulsion of all illegal migrants sat very well with disaffected South Italians.

The events of March 4th capture much of what can be said about the present state of the European project. There exists a stark juxtaposition between the member states who are ready to advance integration efforts, and those whose administrations are retreating into nationalist parochialism.

This contrast can be observed on two levels. The first is the divide between the economic and political conditions of the North and South. While the European Union en-masse has slowly clawed its way back to pre-crisis levels of growth, unemployment, and business confidence, there still exists a substantial rift b the creditor and debtor states. Portugal’s Debt to GDP ratio is 130.1%, Greece’s at an utterly unsustainable 180.8%, and Italy’s at 132%. The growth-crippling austerity programs imposed by the north in tandem with massive bailouts have left Southern economies in no condition to return to sustainable growth in the foreseeable future. Moreover, these economic circumstances have generated the ideal political conditions for populist parties to thrive.

Secondly, a wave of illiberalism has swept over Poland and Hungary, who have retreated into nationalism and Euroscepticism. On April 8th, Viktor Orban secured his 3rd consecutive term as Prime Minister of Hungary, further entrenching the nationalist, anti-immigrant conservatism in the east. The ambitious addition of eastern-European states into the EU in 2004 was not pushed through without an understanding of the challenges it may create. Poland’s GDP per capita remains 68% of the EU average and its political culture is still largely affected by the decades spent under former Soviet Union rule. It is clear that Europe is in considerable dissensus on what the future of the continent should look like.

Conversely, the beginning of Emmanuel Macron’s mandate as president of France marked an important victory for pro-European liberalism in the North-West. Macron has made European reform a key element of his presidential mandate. In his ‘Sorbonne speech’ last September, Macron made public his ambitions to create of a pan-European fiscal budget, independent finance minister, and work to restore economic sovereignty to indebted European states. But his progressive programme is completely contingent on whether an ally can be found in Berlin. As previously described, all signs point towards cooperation between Paris and the renewed Grand Coalition.

In the Sorbonne Speech, Macron touched on a pertinent point. He claimed, “Some will tell you it’s not the right moment. But it’s never the right moment.” By this, Macron makes clear that he will do all he can to ensure the European reforms, as he envisions, are passed during his tenure. The French president already has plans to expand ‘En Marche!’ into a European-wide movement prior to the European parliamentary elections of May 2019. Whether his message will be attractive to individuals outside of France is yet to be seen.

Macron’s ambitions will eventually come face to face with a number of different barriers to the acceleration of European integration. Recognition of the damage inflicted by austerity programmes has yet to take place. Until this happens, it is unlikely that the political state of the South will become any more accommodating of European integration. This is not the mention to challenge to the east, whose administrations come into direct conflict with the values of democracy and liberalism postulated by the EU.

The Polish and Hungarian governments have clashed with the policies of the EU in the past year, promoting anti-European anti-refugee and outright illiberalism. Macron’s envisaged Franco-German alliance is unlikely to find allies outside of the neighbouring Benelux block around their borders. The success of their program without the subscription of more member states suggests that the tactic of brute political force, of which Berlin is well acquainted with, will be the most likely solution.

While the prospect of a progressive Franco-German coalition keen on pushing through European reform may be appealing, the European continent is still challenged by intra-bloc fault lines which threaten its existence. The refusal to correct the mistakes of the euro-crisis, and the continued creation of a fiscal union which asymmetrically favours French and German interests, will only be burdens to the creation of a fair and prosperous Europe.

Luckily, there is no shortage of alternative proposals for the revision of European institutions. French economist Thomas Piketty, along with several other prominent academics, has put forth a framework to create a more unified and equal fiscal union based on a European budget. Upon his resignation in 2015, former Greek Finance minister Yanis Varoufakis launched the “Democracy in Europe Movement 25,” which aims to increase the transparency of European political processes and eliminate the the void between the European citizen and their political institutions. Behind each of these movements is a radical yet conceivable vision for European unity. Until Europeans take a more critical and abstract approach to creating the Europe they want, it is unlikely that the current institutional organization will breed anything more than muddled disunion.