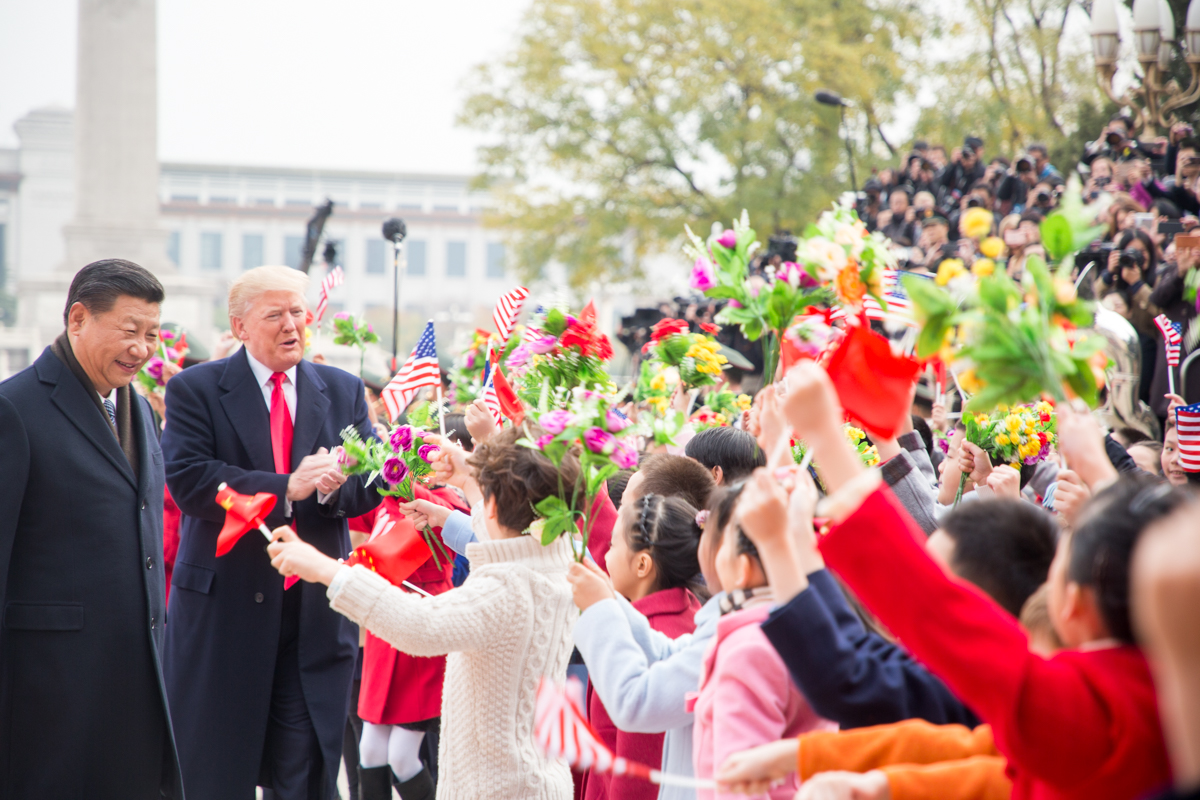 The U.S. and China Are at War, and Tit-for-Tat Protectionism Is Their Ammo

After decades of economic codependency, the United States and China have entered a full-blown trade war. Trade relations began to deteriorate beginning last July when the Trump administration targeted China, their most significant trading partner, imposing a hefty $34billion worth of tariffs on Chinese imports. China promptly retaliated, escalating the trade war with the mutual levying of tariffs. In the absence of World Trade Organization’s (WTO) intervention, the world’s top two economies have turned inwards to protectionism only to intensify the trade war and prolong any negotiations.

The bilateral imposition of these “tit-for-tat tariffs” is not only a lose-lose situation for the U.S. and China, but for the world economy. The repercussions of protectionism and counter-protectionism will thrust the global supply chain into chaos, signifying the urgency for WTO dispute settlement in the U.S.-China trade war.

Threats to impose tariffs on China began last March, when Trump accused China of unfair trade practices claiming that Chinese officials coerced American companies to reveal U.S. technology secrets in order to continue business with them. Later in July, the Trump administration imposed significant tariffs on Chinese imports in response to the increased price of Chinese goods available to American consumers. Trump’s actions were further motivated by the urge to cut the trade deficit between the U.S. and China, which currently stands at $375billion. Protectionist efforts, underscored by aggravated U.S.-China power dynamics, instigated what the Chinese Ministry of Commerce has deemed “the biggest trade war in economic history so far.”

Chinese officials accused the U.S. of initiating the trade war, describing the newly imposed tariffs as “blackmail” and “trade bullyism.” China retaliated by imposing dollar-for-dollar tariffs on American imports in order to demonstrate the “same strength,” against Trump’s claims that China had more to lose. While each country has turned to protectionism to shield their own economies, propelling the trade feud into a full-blown trade war, they have taken further initiative in the interest of undermining each other’s economy.

China has specifically targeted industries of Trump supporters, including American farmers and industrial workers in the Midwest. Meanwhile the U.S. has targeted products under the Made in China 2025 plan, which aims to create self-sufficiency on domestic technology and innovation in order to support and boost the Chinese economy.

In describing the U.S.-China trade war, Victor Mills, Chief Executive of Singapore’s International Chamber of Commerce, stated “You start with protectionism and isolationism, and then you don’t just beggar your neighbour, you beggar yourself.” Protectionism has negative implications on both ends. Both producers and consumers experience the effects, which include job cuts and the increase in price of raw materials. Consequently, final products more expensive to purchase.

While this is a lose-lose situation for the economic growth and welfare of the U.S. and China, protectionism will effectively dismantle the global supply chain as well. Increasing barriers, as opposed to free trade, makes it more challenging to foster global trade and economic globalization, especially when this involves the world’s top two financial and economic players.

Traditionally, the WTO has overseen the process of dispute settlement involving member countries in violation of trade rules. Essentially, the WTO’s multilateral system of settling disputes serves as a mechanism to maintain the stability of the global economy by ensuring that countries do not take action unilaterally. However, the role of the WTO has been largely relegated to the background in the U.S.-China trade war.

The absence of WTO intervention in the dispute settlement of the U.S.-China trade war is largely due to the outdated, inadequate mechanisms for dealing with current trade practices. Many have called for the modernization of the WTO, as the world has changed but the WTO as a body has not. Former U.S. trade officials have suggested that the Trump administration should work with allies to modernize the institution. Through the modernization of the WTO, there is greater potential for a resolution between trading partners as the current WTO dispute settlement mechanism is inapplicable in modern circumstances.

The outdatedness of the WTO has prolonged the escalating trade war, as both the U.S. and China have continued to take unilateral action further postponing any negotiations. Without an overarching body to oversee this process, the response to newly imposed tariffs and openness to negotiation has been left to the wills of the two countries. Clearly, negotiations cannot proceed under threats and pressure, amplifying the need for updates to the WTO in order for the body to resolve grievances between the U.S. and China.

As these “tit-for-tat” tariffs continue to be imposed by the world’s top two economies, retaliation efforts under protectionism have only served to dismantle U.S.-Chinese trade relations. With no end in sight, the world economy may fall victim to the feud.

Feature image by the US Government, via Wikimedia Commons.