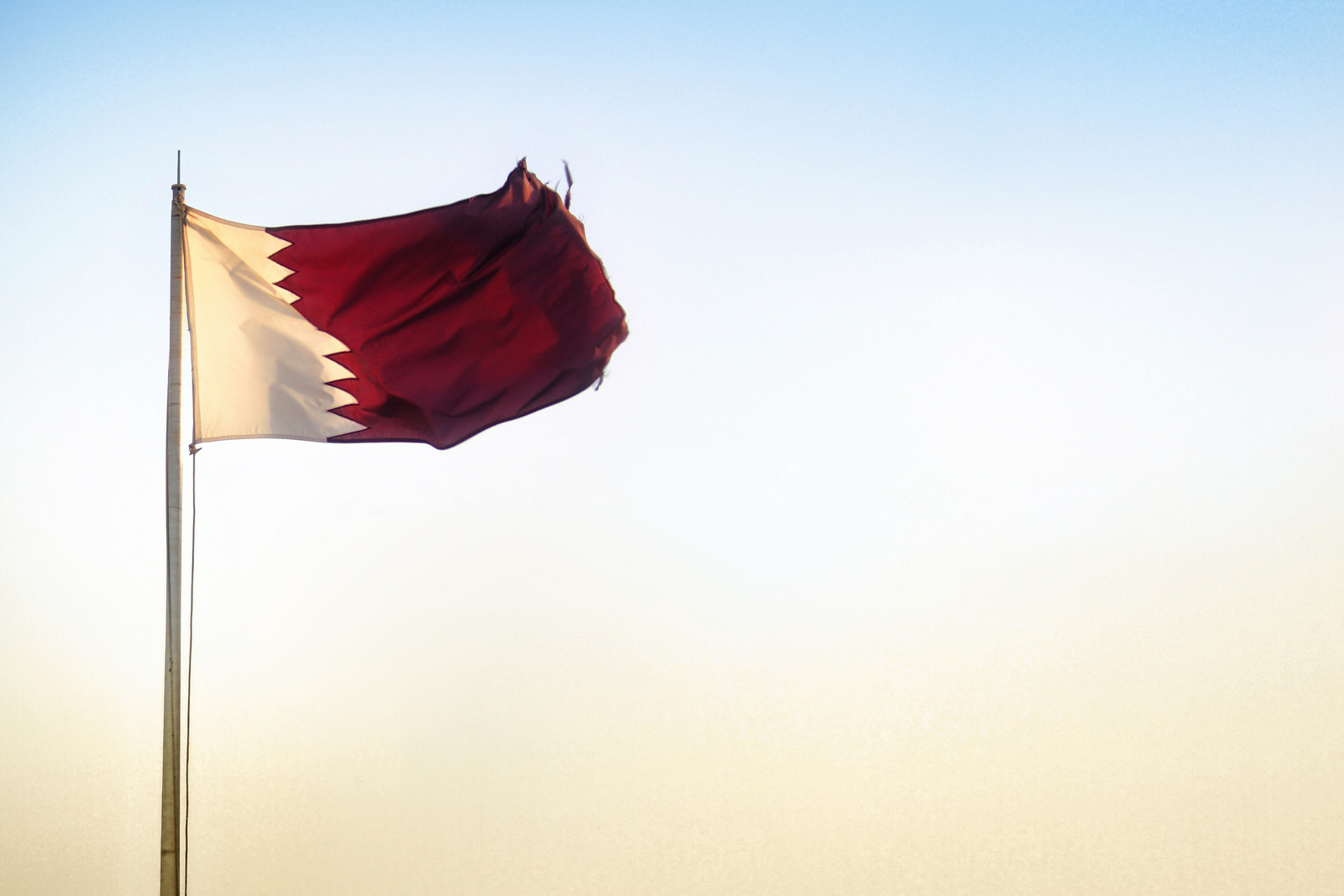 On the June 5th of 2017, Saudi Arabia, the United Arab Emirates, Bahrain and Egypt initiated a blockade of Qatar that closed land, sea and air routes and expelled Qatari citizens. This blockade constitutes a new episode in longstanding tensions in the region, though it departs from the previous approach of diplomacy.

The Quartet accused Qatar of “supporting terrorism’’ and demanded that the country conform to 13 demands, including the withdrawal of support from the Muslim Brotherhood, the closure of Al-Jazeera, the reduction of its interactions with Iran, and the closure of a Turkish military base. Qatar did not concede to any of the demands and denounced them as an attack on its sovereignty.

At the International Court of Justice, Qatar complained that the blockade resulted in discriminatory policies and human rights violations, affecting around 13,000 citizens and separating hundreds of families. Qatar also denounced the UAE’s ban and expulsion of Qataris, though they did not denounce other countries in the Quartet who are not signatories to the International Convention on the Elimination of All Forms of Racial Discrimination.

How is Qatar Still Standing?

We are now more than a year into the blockade that started in June 5, and Qatar has proved resilient in the face of these new adversities. For one, its wealth shielded it from the anticipated economic downturn. A report released by the IMF affirmed the economic effect of the blockade in Qatar had been ‘transitory’ in nature due to the establishment of new trade routes that allowed Qatar to quickly get back on its feet. The advent of globalisation and the increase in interdependence among nations certainly made it harder for the blockade to deliver its intended objectives.

The Quartet’s blockade provided geopolitical and economic opportunities for other states who were more than willing to fill the void and expand into Qatar, as demonstrated by the significant increase of trade with Ankara and Tehran since the crisis. Indeed, multiple agreements have been signed between Turkey and Qatar, and both nations signed a trade and transport deal last November with Iran intended to transport goods via Iranian land and sea routes. Further, Qatar relocated its regional transshipment hub from Dubai to Oman and Omani investors have increased their trade with Qatar.

To curb regional isolation, Qatar sought to strengthen and develop its political ties abroad through active diplomacy. Although the US President Donald Trump initially declared his support for the Quartet’s initiative to cut ties with Qatar, the US has maintained close relations with Qatar. The Chargé d’Affaires of the US Embassy in Qatar proclaimed in February that relations between both countries had ‘‘never been stronger.”

Qatar was identified as an indispensable strategic partner by the Parliamentary Under-Secretary of State at the Department for International Trade, Mark Garnier, at a UK delegation. The latter even promised British support to achieve a successful 2022 World Cup.  At a meeting in February, the European and Qatari representatives stressed their strategic and historical ties. Diplomatic relations were also re-established with Iran as its ambassador returned last August following a period of cut ties due to the storming of the Saudi embassy.

As the Quartet united against Qatar, Iran promptly condemned the blockade, offered food supplies, and established a joint chamber of commerce to facilitate trade. It is not, however, that Qatar has fully dodged the blows of its neighbours’ blockade. One must not neglect the extra costs related to the detours airplanes must take to avoid Saudi or Emirati airspace, nor the numerous and costly market interventions to defend the local currency. The point is that hurting Qatar has not led to the desired political objectives of the blockade.

If anything,  the result of Gulf crisis and the isolation of Qatar was the strengthening of national unity and thereby the strengthening of state-society relations. It is becoming evident now that Qatar’s isolation has led it to form a new identity within its borders that constitutes a departure from transnational tribal ties.

Even more significant is the resoluteness of Qatar’s authorities to walk towards self-sustainability and food security. One needs only to look at the the supermarket shelves with new fruits, vegetables and dairy products that are ‘Made in Qatar’ to appreciate the country’s turn towards self-sustainability since the blockade. Seeking to counter the surge of material criticizing Qatar, local artists, musicians and writers have also contributed to a resurgence in Qatari culture.

If Qatar has so far proved resilient in the face of these new challenges, the GCC union has not. The Quartet are all members of the Gulf Cooperation Council, a political and economic alliance consisting of six monarchies of the Arabian Peninsula: Saudi Arabia, Bahrain, UAE, Kuwait, Oman and Qatar. Established in 1981, its aim is to provide the grounds for countries sharing similar political and cultural identities to achieve common objectives. However, these countries are no longer united on common objectives. Beyond the obstruction of free movement of goods and people,  the recent increase in interactions between Qatar and Iran now divides the alliance in one of the union’s most pivotal matters.

GCC states have continuously condemned Teheran for its desire to influence the region, but they are not all united on the level of threat it represents. On the one hand, Saudi Arabia, UAE and Bahrain advocate for hardline stances against Iranian interventions in the region.This including troops in Syria and Iraq, logistical support of Shiite militias in the region, Hezbollah support, and declarations of support for Shiite minorities in Saudi Arabia and Shiite opposition in Bahrain. On the other hand, Oman and Kuwait are more prone to diplomatic mediations with Iran.

Up until the recent crisis, Qatar’s Emir Tamim was more in sync with Riyad, but the new circumstances have changed Qatar’s evaluation of Iran’s threat. Trying to establish itself as the block leader, the Kingdom’s interests are indisputably threatened in the region. This is mainly due to Qatar’s defiance of a united block against Iran, precisely at a moment when their unity could have weighed in with Trump’s withdrawal from the nuclear deal with Iran.

The Saudi Kingdom presents itself as the unifier of the Muslim Sunni world, and the holy places inside its territory help Riyad maintain this image. Iran’s Shiite theocracy, however, objects this domination. Iran’s Islamic revolution contested the religious legitimacy of Riyad’s leadership and its control over holy places.

Since the blockade, virulent media attacks and rhetoric make it all the more difficult to believe that any resolution to the conflict will not forever change the geopolitical landscape of the region. Despite Kuwaiti and Omani efforts to mediate, the stalemate continues. The member countries of GCC have failed to agree on a number of urgent political and economic actions  for the region.

Qatar seized the opportunity in 2017 to bail out of the Saudi-led military coalition against the Houthis in Yemen, which, since 2015, has directed heavy criticism and accusations of war crimes to all the countries involved. The aim of self-sustainability and the reduction in dependence of its neighbours has demonstrated that, slowly, Qatar is tracing its own path in a region dominated by Saudi interests.

Under Trump’s new administration, the US supported the blockade, claiming it was necessary step towards putting an end to terrorism. When it suddenly realized that the quarrel was obstructing its regional front against terrorism and Iranian expansionism, it backtracked on its early resolute commitment to the Quartet. By the end of 2017 Trump was offering to mediate the conflict between the parties. The UAE has so far not ceded to US pressure for reconciliation and declined its invitation to solve the Gulf Crisis.

For the Saudis, US endorsement is necessary for the prosperity of the Kingdom. For MBS, getting out of Yemen’s stalemate and the liberalization of Saudi’s economy are contingent on Washington’s help. For those reasons, Riyad might be more inclined than Dubai to cede to US pressure on resolving the conflict with Doha, and such a move could be followed by Egypt and Bahrain. Although the present situation does not look promising, recent reestablishment of indirect channels of communication via Oman might also help move things in that direction.

There is little to suggest the current rivalries will be resolved anytime soon. Qatar has so far proven resilient at adapting to the blockade and creating new opportunities to mitigate the potential harm it could cause the economy. In the midst of uncertainties about Gulf Countries, only one thing remains clear: the GCC as a political and social structure will never be the same again.