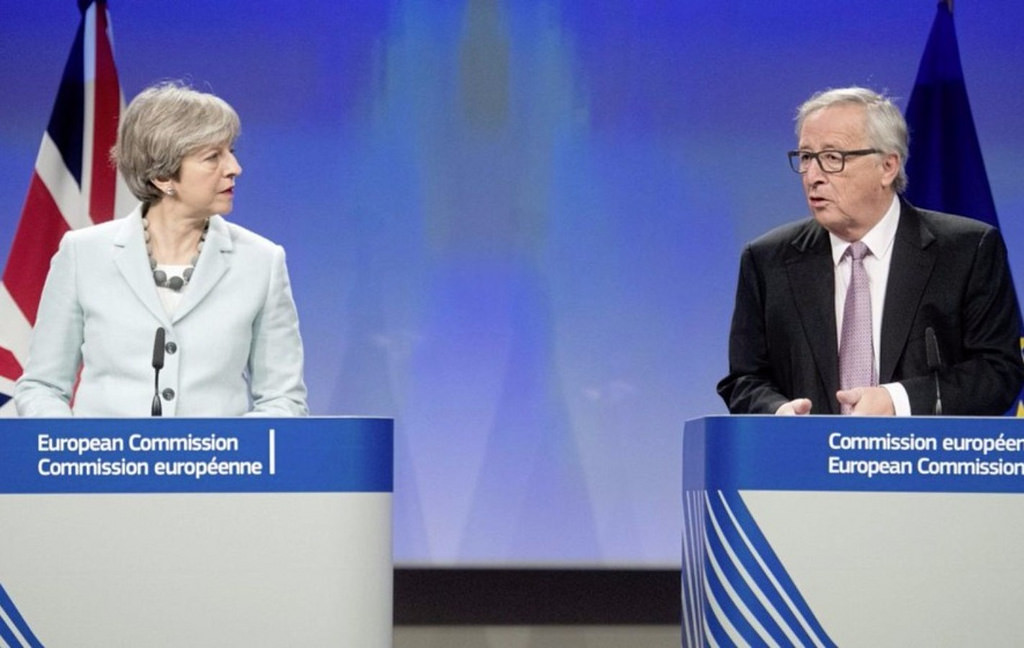 Two weeks have passed since the end of the ASEM 2018 summit in Brussels. This particular summit was a chance for the EU and the UK to bury the heated Salzburg meeting of September and signal a united front.

Back in September, Donald Tusk, the European Council president, was hoping that the October summit would provide the much needed positive progress. He had hoped that a future November summit could be used to finalize and formalize the Brexit agreement. Rather, the October meeting for him turned out to be the Brexit’s “moment of truth.”

The summit did not unblock the negotiations. The EU and the UK are still in a deadlock over the Irish border question. With the March 29, 2019, deadline approaching, the prospects of a no-deal Brexit are more plausible than ever.

A year ago, the EU and the UK agreed to a “no hard border” policy. Both actors came up with a backstop policy. This was a solution of last resort – to protect an open border on the island of Ireland – in the event that the UK leaves the EU in a no-deal Brexit scenario.

For a no-border Irish island to be possible, the EU requires that Northern Ireland remains in the EU customs union, large parts of the single market, and in the EU value added tax system. This is the backstop policy. Such a policy would mean that Northern Ireland is restricted from being part of any UK’s future trade deals with non-EU member-states.

This deadlock over the Irish border question is the single biggest issue stalling a EU-UK deal.

The Chequers plan of July refers to an agreement, within the British cabinet, on the future relationship between the UK and the EU. It was an attempt to cater to the backstop policy.

The main objectives of the plan included common rules with the EU in terms of goods trade and a complicated customs union structure – that would solve the Irish border question. Other objectives included facilitating an independent UK trade policy, terminate the European Court of Justice’s role in UK affairs, and end the annual payments to the EU budget.

Basically, London wants to keep all the benefits of being in the EU while not having the responsibilities associated with it. Additionally, it also wants the right to diverge from EU rules when it feels like it.

The Chequers Plan laid out a plan for the creation of a “combined customs territory” between the EU and the UK. A move done specially to end the free movement of people while trying to keep frictionless trade.

At the Salzburg summit, EU leaders were quick to disavow the British Plan. They argued that it would threaten basic EU principles, by not allowing the free movement of people between the EU member-states and the UK.

“There are some areas where we are not ready to compromise, on our four fundamental freedoms, the single market, and this is why we remain sceptical about the Chequers proposals,” said Mr. Tusk.

Is someone trying to break the deadlock?

To counter the backstop and to respond to the EU’s critique of the Chequer’s Plan, Theresa May came up with her four-point plan. The main points are a temporary UK-EU joint customs territory and an extension of the transition period, so that the negotiating parties can create a proper withdrawal agreement.

Michel Barnier, the chief Brexit negotiator for the EU, is open to the idea of an extension of the transition period to 2021. However, London would have to agree to a “two-tier” backstop beforehand. The backstop would entail that Northern Ireland be a part of both the EU’s single market and the EU-UK’s customs union, while the UK, excluding Northern Ireland, would be strictly a part of a customs union with the EU. Barnier’s statement demonstrates that Brussels is ready to break the Brexit impasse by tweaking the original backstop.

Theresa May welcomes the substantial shift in the EU’s position since Salzburg and said that “the EU is now actively working with us on this proposal.” The softer language used by the EU demonstrates that it is willing to cooperate with London.

The Irish Border, a Negotiating Ploy?

One has to wonder whether the EU is using the backstop as a negotiating ploy to gain future leverage over the UK. Brussels understands that London will never allow for a hard Irish border.

Michel Barnier is “convinced that it is possible to carry out the kind of checks we need without creating a physical frontier.” Checks at borders exist to ensure that goods that are being traded respect specific standards, such as health, agricultural or labour standards, as well as to prevent people from illegally crossing the border. According to the World Trade Organization rules, checks at the physical border are not required, something that the EU’s chief negotiator even acknowledged. This furthers the hypothesis that the Irish border is only being used as leverage by the EU.

A backstop provision included in the Brexit deal would be legally binding. It would constrain the UK’s ability to control its future trade and regulatory policy and jeopardize the “independent British sovereignty” that the leave campaign was striving for.

If the transition period was to be extended without a consensus on the withdrawal agreement, the implementation period merely becomes a delay. This would conceal the fact that while the UK has left the EU on paper, it is still effectively in the European Union. The biggest threat to the UK right now is the fog of uncertainty that presently suffocates London. The country needs certainty more than anything. Jobs and future investments are at stake.

From a historical standpoint, agreements usually emerge at the 11th hour. Theresa May is, perhaps, asking for an extension a bit too soon.

Theresa May faces a domestic dilemma, as well. The further she pushes for a soft Brexit, the more she risks alienating the Brexit hardliners of her Conservative Party. The Conservative hardliners have enough votes to block a possible UK-EU deal. The British Prime Minister is, therefore, feeling pressure from both the EU and her own Party.

Conservative hardliners’ biggest fear is that the UK ends up in a customs arrangement without a predetermined cut-off point. They argue that this agreement would have dire consequences – it could leave London in a permanent limbo, unable to forge new trading deal with non-EU states.

Additionally, May’s proposition to extend the Brexit transition period is causing further friction within her own party. The Eurosceptic MPs argue that an extension beyond the 2020 mark will cause further budget payments to the EU, continued free movement of people, and an enduring membership in the EU’s single market and customs union. Once again, this restricts Britain’s ability to establish new trade deals and further extends the wait for a repatriation of the UK’s sovereignty.

The UK’s precarious domestic position is a reflection of the polarized 2016 referendum, where 51.9% of British voted to leave the European Union and 48.1% voted to remain.

One half argues for a softer Brexit, demanding that most aspects of UK-EU relationship be preserved. The other half wants to completely tear up the relationship and proceed with a hard Brexit. This divide is also reflected within Westminster, where MPs are highly divided on how to proceed with the Brexit negotiations.

This level of polarization is eroding the credibility of May’s negotiating mandate. It shows that she has the support of only half the British population. The EU has agreed to shelve the negotiations to the November summit on the grounds that it is difficult for them to negotiate with Ms. May since she does not have full support at home.

Going forward, the British need to present a unified front for the remainder of the Brexit negotiations if they hope to achieve a favourable agreement.