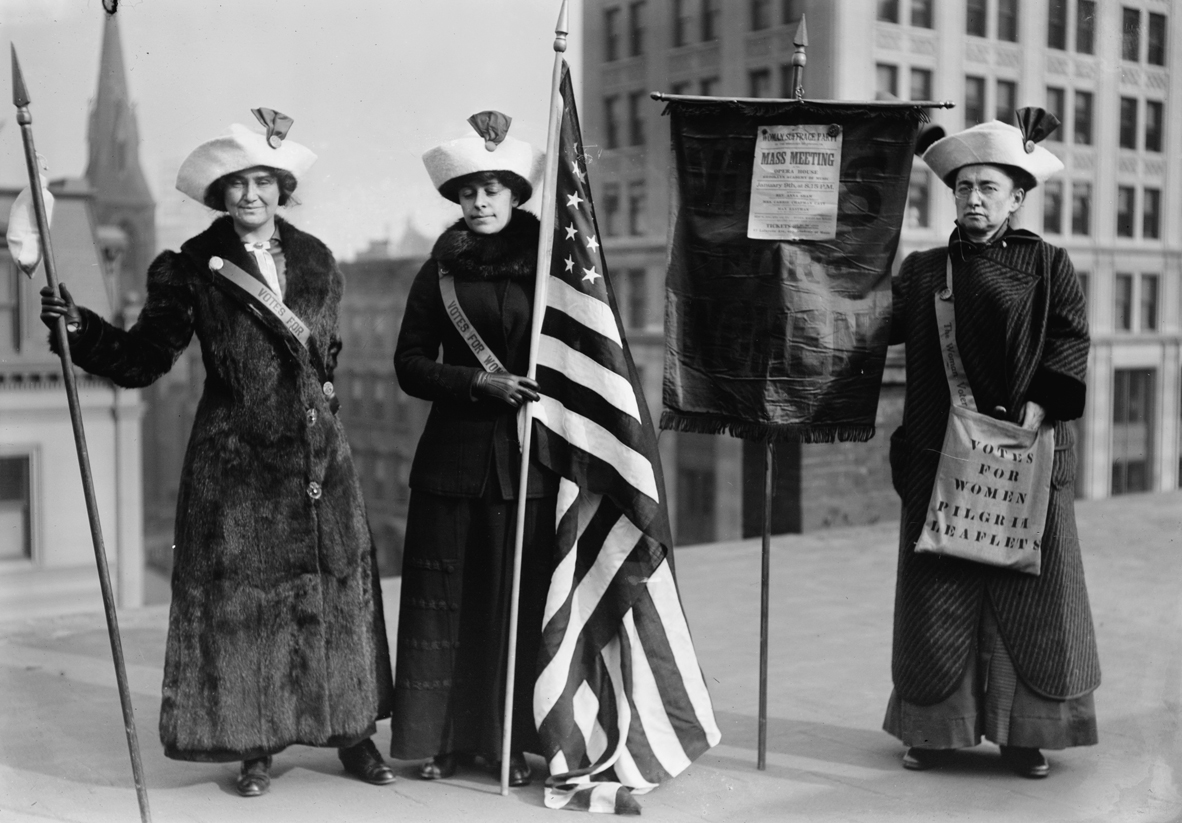 While the original U.S Constitution only provided for limited suffrage for white males, five amendments have expanded voting rights in the country since. These include the 15th Amendment, which provided universal suffrage for males, the 19th Amendment, which  gave women the right to vote, and the 26th Amendment, which lowered the voting age to 18 years old. Because of these amendments, all Americans citizens who are at least 18 of age (with a few exceptions, like felons) will be able to cast a vote for the midterm elections on November 6th.

That is, in theory.

Ever since the expansion of voting rights to African American males, many techniques have been employed to prevent minority communities from fully exercising their right to vote. After the end of Reconstruction in 1877, Southern whites organized to limit the African American suffrage and organize broad voter suppression in legal ways.

For example, many states introduced a poll tax that forced people to pay to be able to exercise their right to vote. Some also introduced literacy tests, which prevented those who were illiterate from voting. Both these measures specifically targeted African Americans, who were on average more likely to be poor and illiterate than their white counterparts. Other measures used in the South to prevent blacks from voting included the presence of white groups like the KKK at polling stations to intimidate African American voters, and the use of white primaries to prevent blacks from voting in primary elections.

The 1960s saw the adoption of laws and amendments to prevent mass voter suppression. The 24th Amendment, passed in 1964, banned the use of a poll tax, and the 1965 Voting Rights Act sought to restore universal suffrage in the country. The act banned literacy tests, authorized the Attorney General to investigate poll taxes in state elections, and provided federal oversight over voter registration in counties where less than half of the non-white population had registered to vote.

In 2013, the Supreme Court’s decision in Shelby County v. Holder gutted parts of the 1965 Voting Rights Act. In a 5-4 decision, the court declared Section 5 of the Act unconstitutional. Section 5 required states with an history of discrimination against minority voters (most of them Southern states) to submit changes in voting procedures to the Department of Justice to be approved. Since then, many state legislatures have passed strict voter ID laws and have cut down early registration, in an effort to prevent large turnouts from minority voters.

Given the high number of competitive races this election, it is vital that all eligible voters are able to exercise their constitutional right to elect their representatives. However, reports of voter suppression emerged in  multiple competitive states. The most obvious example comes from Georgia, where Stacey Abrams (D) is attempting to become the country’s first female African American governor.

Georgia and the Struggle for Free and Fair Elections

What if, during a hockey game, the opposite team’s goaltender was also the referee? That person could call offsides and prevent the other team from ever having a shot at winning. The game would not be deemed a fair one, because one team clearly has an advantage over the other.

This hypothetical situation is reality for Stacey Abrams, former minority leader of the Georgia House of Representatives and current Democratic gubernatorial candidate.

Her opponent, Brian Kemp, is currently Georgia’s Secretary of State. One of his main duties is to serve as chief election officer. This means that Kemp, who has been in power since 2012, has been in charge of overseeing voter registration for the past six years. Given that Kemp is now candidate in an election, many asked that he resign from his current position. One of these people is former president and Georgia governor Jimmy Carter, who wrote a letter to Kemp asking him to step aside as Secretary of State.

In this letter, that was made public, Carter denounced the anti-democratic precedent Kemp is creating: “This runs counter to the most fundamental principle of democratic elections — that the electoral process be managed by an independent and impartial election authority.” However, despite pressure to resign, Kemp says he will remain Secretary of State until the election, and called Carter’s letter “politics as usual.”

However, even if Kemp did resign, the damage has already been done. During his time as Secretary of State, Kemp cancelled over 1.4 million voter registrations, or around 8% of Georgia voters. Half of these registrations were cancelled in 2017, when he declared his candidacy for governor. Kemp claims that these voter registrations were cancelled because those people had moved out of Georgia and therefore were no longer eligible to vote there. However, an analysis showed that more than 340,000 of the purged voters actually still live in Georgia. If any of them show up on November 6th, they will not be able to vote.

Another 107,000 people were purged from the voting list by Kemp because they had not voted in previous elections. This technique, nicknamed “use it or lose it”, is meant to eliminate from the voter roll those who have moved or died. However, it also prevents those who have not been politically active in the past, but who were registered to vote, from exercising their constitutional right.

When asked about Kemp’s attempts at voter suppression, Abrams replied: “We know he has disproportionately purged voters of colour, stopped voters of color, [and] arrested voters of colour,” adding that even if it wasn’t Kemp’s intent, it is still the result of his policies. Kemp has defended his record by tweeting that “Stacey Abrams – and her radical friends – are incredibly dishonest.”

According to FiveThirtyEight, the race is currently a toss up. As of right now, the site expects Kemp to win by a 0.6% margin. However, given the accusations of voter suppression against him and his weak response, Kemp’s potential victory could be seen as illegitimate by many. If Abrams wins and becomes the first female African American to govern a state, she will have done so despite mass voter suppression in the state.

The Grass Isn’t Always Greener When You’re a U.S Voter

Georgia isn’t the only state where there have been accusations of voter suppression. In North Dakota, where incumbent Heidi Heitkamp (D) is trying to hold on to her Senate seat, stricter voter ID laws could make it harder for Native Americans to cast a ballot. The Supreme Court recently upheld a new law that required voters to provide an ID with a street address. However, many Native Americans who live on reservations do not have street addresses, and only have PO box numbers on their IDs. I

t is estimated that this law could prevent around 5,000 Native Americans from voting. In 2012, Heitkamp won the election by less than 3,000 votes. Therefore, this new law could cost her her reelection. However, many programs have tried to limit the damage from the law, by providing free IDs to more than 2,000 Native Americans in the past few weeks.

In Kansas, the only polling station in Dodge City, a majority non-white area, has been moved two and a half miles away from the city centre. Moving the polling station, the only one for 13,000 voters, has been labelled as an attempt to disenfranchise voters by the ACLU. Debbie Cox, the county clerk and an elected Republican, disagrees: ‘‘This had nothing to do with party affiliation at all. Yes, I am a registered Republican but I don’t vote a straight ticket. That had nothing to do with the decision because everyone in Dodge City is going to have to go there to vote.”

These are only a few examples of voter suppression in the United States. There are many others. North Carolina will be allowed to use a gerrymandered map in the election despite the map being declared unconstitutional, because there wasn’t enough time to redraw a map before the midterms. And early voters in Texas have claimed that, when attempting to vote a straight Democratic ticket, their vote for Beto O’ Rourke (D) was switched to a vote for Ted Cruz (R).

Many pundits have claimed that the 2018 midterms will be the most important election in our lifetime. It would be a shame, and above all unconstitutional, if some voters were denied a fundamental right because a select few have decided to hold onto power by any means necessary.