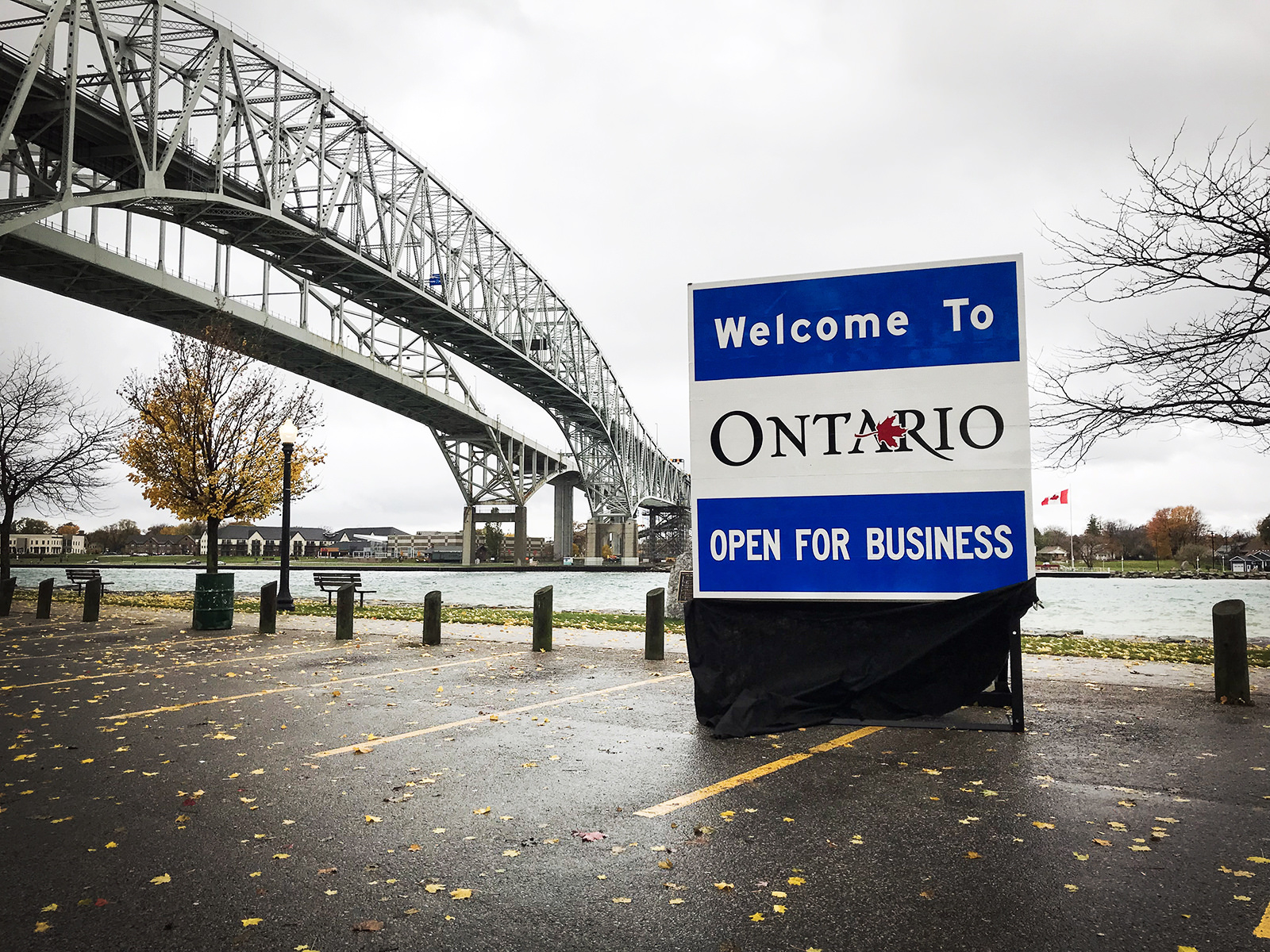 As part of his pledge to reduce regulatory burdens for business, Ontario Premier Doug Ford announced Bill 47, the Make Ontario Open for Business Act. This act effectively repealed the Fair Workplaces, Better Jobs Act, also known as Bill 148, which was passed in November 2017 by Kathleen Wynne’s Liberal government. Among many other labour reforms, Bill 148 included an increase in the minimum wage from $11.60 per hour to $14.00 per hour on January 1st, 2018, with a further increase to $15.00 per hour scheduled for January 2019.

The arguments for and against such an increase rarely change. Business interests lament increased costs and warn of job losses, reduced benefits, and fewer hours, while labour advocacy groups seek living wages and more purchasing power for those who struggle to make ends meet.

Wynne’s minimum wage raise was formulated after the Changing Workplaces Review, which, despite covering precarious employment and low income, did not contain recommendations concerning the minimum wage. Prior to the release of this review, Wynne’s stance had been that tying the minimum wage to inflation was the most responsible, apolitical, and sustainable course of action. So, what changed for the Liberals?

Andrea Horwath, leader of the Ontario New Democratic Party (NDP), was quick to call it an electioneering ploy.  Horwath argued that Wynne was trying to maintain support from left-leaning Liberals for whom a higher minimum wage had been a campaign promise for over a year.

This push-and-pull over minimum wage politics is not unique to Canada. Indeed, back in 2015, the “Fight for 15$” campaign in the United States finally resulted in minimum wage increases in high-profile states like Seattle, New York, and California. The issue was further launched into the spotlight when the push for a 15$ federal minimum wage was championed by Presidential Primary candidate and self-described democratic socialist Bernie Sanders.

Most would have predicted the NDP to be the Canadian party to own this issue, but not many expected that the first province to raise their minimum wage to 15$ would be Alberta, under the first NDP government in its history. In 2015, Rachel Notley ended a 40-year Progressive Conservative dynasty with a platform that included higher income taxes for the wealthiest 10% along with the promise to raise the minimum wage from $10.20 to $15.00 by 2018.

For Alberta in 2015, the political and economic situation was different from that of Ontario three years later: The popular narrative declared that the PCs had dug their own political grave. Some opinion polls suggested Albertans voted for a change, disillusioned with politics but somewhat inspired by Notley’s commendable performance in the leader debate. The amount of Albertan workers affected by the increased minimum wage is only 11%, the lowest of any province, which also lowered the political risk. The economics of the rising living wage and the popularity of the movement made it a risk worth taking.

But most importantly,  the relative lack of political baggage of the Alberta NDP gave Notley the temporally unique advantage of a clean slate and fresh approach, which appealed to both younger left-leaning voters, and older Albertans who had lived through the decade of conservative decline.  This is in stark contrast to both the Alberta PC of 2015 and the Ontario Liberals of 2018: for the latter part of her tenure, Wynne was the most unpopular premier in Canada. After Wynne’s approval ratings fell to just 12% in March of 2017, the minimum wage increase was announced two months later.  In addition to the launching of a basic income pilot project, which also has significant Liberal and NDP support, raising the minimum wage came as a last-ditch electoral strategy to campaign from the left.

In the end, it wasn’t enough to win the election, let alone lure NDP voters. A week before the election, Wynne publicly conceded defeat, urging Liberal voters to prevent a conservative majority. The Conservatives won a majority with 40.5% of the popular vote and 76 seats, sweeping southern Ontario and leaving the NDP as official opposition with 40 seats. The Liberals were reduced to only seven.

Now, Doug Ford has made clear his position on the minimum wage hike, halting it in the name of the province’s economic prosperity. He claims that the minimum wage increase has been a “job killer”, and that freezing it will protect small businesses and other job creators.

However, the potential economic effects of changing the minimum wage are not guaranteed. One study concluded that increases in the minimum wage have little effect on employment prospects of low-wage workers, due to the multiple adjustment channels available to employers, such as reducing hours, passing on costs to customers, or most importantly, reducing labour turnover. Larger employers can also accept a smaller profit margin, while this is not a feasible option for small businesses.

It is these businesses, both large and small, to which Ford promises to provide tax breaks. In his government’s Plan for the People, he also pledges to eliminate provincial income tax for those earning minimum wage in the name of reducing poverty. However, his slogan to “stop taxing the poor” is only part of the story, as he also plans to cut taxes for the middle class and larger businesses, as well as lower gas taxes and challenge any federal carbon taxation scheme.

Tax policies meant to compensate for the low minimum wage are highly politicized and complex, and it is not always clear who will benefit, and by how much. For example, the tax breaks promised by the PCs do not come cheap. Scrapping income tax for minimum wage workers is estimated to cost $558 million per year. This means a $558 million decrease of the provincial budget, which funds services upon which the poor are more likely to depend, while also being less profitable to the individual minimum wage earners. Evidently, the economic realities of raising or freezing the minimum wage are not so clear-cut.

When it comes to understanding the political strategy behind minimum wage policy, Doug Ford’s Progressive Conservatives and Rachel Notley’s New Democrats provide an interesting foil. Both Ford and Notley faced widely unpopular incumbents to win majority governments, and both have made use of policy surrounding the minimum wage increases as part of their platform. Despite both drawing on economic explanations for their policy choices, the positions of the two premiers diverge dramatically. Adding in Kathleen Wynne’s attempt to raise the minimum wage in Ontario provides yet another intriguing dimension, as her efforts to raise the minimum wage paralleled the efforts by Rachel Notley, and yet contributed to her demise rather than her success.

Evidently, the economic consequences of raising or freezing the minimum wage are difficult to predict. In spite of this unpredictability, or maybe because of it, minimum wage policy has become a potent political tool increasingly used by leaders of all political stripes.

Feature image by the Government of Ontario via Flickr Creative Commons