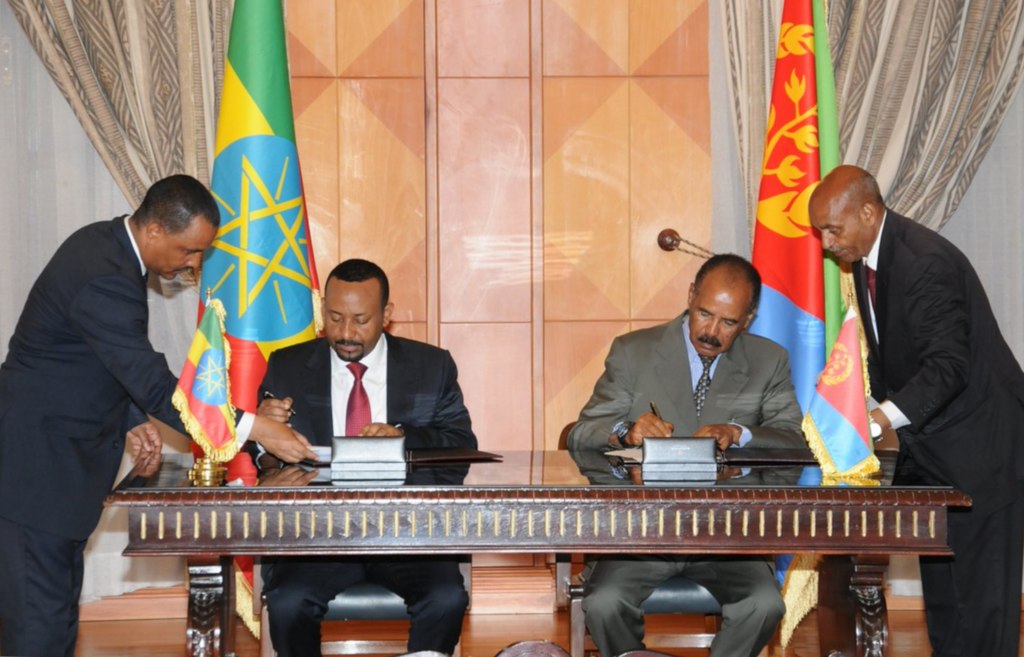 Rising speculation that the wars of the future will be fought over water has shed light on the vulnerabilities surrounding the Nile River dispute. The Horn of Africa and Egypt suffer from water scarcity, and countries in which the Nile River flows heavily depend on it as a source of freshwater.

Under such circumstances began construction of Africa’s largest dam and hydroelectric power plant. Since 2010, Ethiopia has been developing the Grand Ethiopian Renaissance Dam (GERD) on the Nile River. Upon completion, it has the capability to revolutionize both Ethiopian infrastructure and its economy. The dam will triple Ethiopia’s maximum capacity of electricity and will be able to hold up to 74 billion cubic meters of water, more water than all of Egypt consumes in a year.

Sudan initially opposed the dam’s construction, but switched to supporting it after understanding that the dam has the potential to transform its agricultural sector around the Nile river, the Gezira region. Gezira suffers from annual flooding, which severely stifles Sudan’s ability to maximize its fertile land. Ethiopia’s GERD will not only manage the flooding but allow Sudanese farmers to harvest their crops three times a year. Ethiopia and Sudan’s mounting anticipation provides a strong base of support for the continued construction of the GERD.

However, hostility is brewing further downstream. Egypt’s population is nearing 100 million, and the vast majority live on the banks of the Nile River. For the Egyptians, the Nile is not only a literal source of life, but a major part of their emotional identity.

Their claim on the Nile is also protected by colonial law. A set of agreements known as the ‘Nile Water Agreements’ allocates 55.5 billion cubic meters of water to Egypt and 18.5 billion cubic meters to Sudan. The several other countries that the Nile River basin covers are not mentioned in the agreements, specifically Ethiopia which supplies more than 85 percent of the water that flows through Egypt via the Nile.

As stipulated in the Nile Water Agreements, Egypt has veto power on any construction projects on the Nile. However, Ethiopia emphasizes that they were never party to the agreements, and therefore are not bound to them. The continuing construction of the dam drove Egypt to threaten military action against Ethiopia in 2013, but Ethiopia received strong backing from five other Nile basin countries amidst the threat of war. However, Egyptian military action is unlikely. Egypt can neither afford to bomb an upstream neighbour with the ability to divert its water supply, nor can it shift attention from an ongoing insurgency in the Sinai Peninsula in order to fight a conventional war.

However, this has not stopped Egypt from strategically maneuvering its military presence in the region. In January of 2018, Egypt deployed troops to Eritrea, which fought a war with Ethiopia in the late 1990s and limited battles in 2016. This prompted Sudan to also increase its military presence on its border with Eritrea, significantly escalating tensions in the Horn.

Water scarcity is the driving force behind inter-state politics in the region. By 2030, Egypt is expected to cross the absolute water scarcity threshold of 500 cubic meters per capita, severely threatening its population and economy. In desperation Egypt has been attempting to exercise its rights on the Nile, to no avail. Nor has a 2015 agreement between Egypt, Sudan and Ethiopia to end the Nile dispute resulted in constructive steps forward, depicted by Egyptian President Sisi declaring in 2017 that the Nile “is a matter of life or death . . . it is not a subject for discussion, no one can touch Egypt’s water.”

As tensions rise high, Ethiopia has offered assurances that they will fill their reservoir slowly to not cause Egypt unbearable distress, but these promises fall on distrustful ears.

A completed GERD gives Ethiopia the ability to cripple Egypt, leaving its population and economy in tatters. What drives Egyptian hostility to the dam is not the threat that Ethiopia may stop the flow, but Ethiopia’s capability to do so. As its population grows, Egypt’s water scarcity will continue to rise alongside Ethiopian leverage over the control of the flow of water.

Further aggravating water tensions along the Nile are regional rivalries from the Middle East transferred across the Red Sea to the Horn of Africa. Saudi Arabia, Qatar, and the United Arab Emirates, which are heavily dependent on food imports, are increasing their investments in fertile farmland in the Horn so as to search for food import alternatives.

Supplementing these investments is Saudi and Emirati militarization of the Horn with an Emirates military base in Eritrea, a Saudi base in Djibouti, and a $3 billion aid pledge to Ethiopia. Their strategic rivals Turkey and Qatar have invested approximately $5 billion in Sudan including the development of a Turkish naval facility in the Red Sea not far from Egypt, in addition to the Turkish military base in Somalia.

However, Emirati investments in Ethiopia have the potential to bring about a peaceful end to the Nile River crisis. Having already helped broker a peace agreement between Ethiopia and Eritrea decades after their war in the late 1990s, the UAE stands as an influential actor in the region. Both the peace agreement as well as billions of dollars invested in Ethiopia have given the UAE the ability to influence how quickly the GERD reservoir is filled so as not to harm the flow of water to its ally – Egypt. The UAE has been named the largest financer in Egypt with approximately $6.2 billion invested in several service and production sectors, a far larger investment than the one in Ethiopia.

Despite this, the influence the UAE hopes to have over Ethiopian state policy may disappear if Addis Ababa decides it is more beneficial to quickly fill the reservoir and seize extensive gains sooner rather than later. The entry of foreign actors has complicated tensions in the Horn of Africa with another layer of political dynamics. If negotiations do not bear fruit sooner rather than later, it is not unthinkable for tensions to escalate into confrontation.