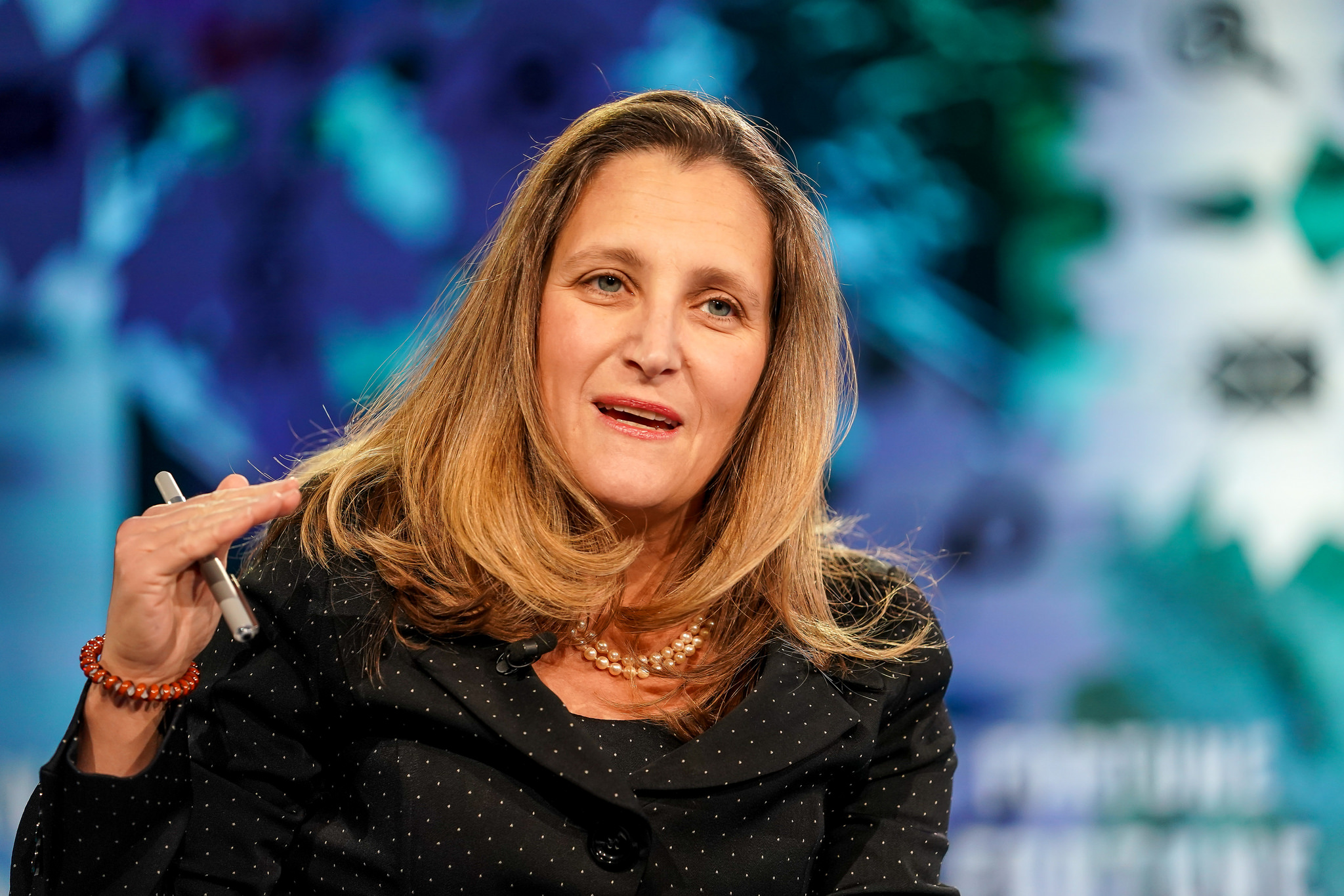 The high-profile arrest of Meng Wanzhou, CFO of Huawei, on December 1st has brought Canada’s precarious position between two superpowers into sharp relief. In the midst of a trade war and a race of technological innovation, Canada finds itself balancing its treaty obligations with the United States with the risk of political and economic retribution from China.

Meng has been charged with committing fraud to violate the United States’ sanctions on Iran, and was arrested in Vancouver. She has since been released on a bail of $10 million and is now residing in Vancouver under surveillance.

Extradition to the United States follows the process outlined in Canada’s Extradition Act and in a bilateral treaty with the US. Following an extradition request from the US Department of Justice’s office of international affairs, Canada becomes obligated to follow the legal process.

Before formal extradition, Canada must determine whether or not there is sufficient evidence to justify extradition. The extradition hearing is different from a trial, as it will not seek to determine Meng’s guilt or innocence: it seeks only to decide if the evidence to the charges provided by the United States meets all the requirements for extradition, and justifies trial that would take place under an American court.

One such requirement is the principle of dual criminality: that the crime in question is an offense is both the requesting and requested countries. Some foresee this provision as one with the potential to complicate the case with regard to the charges of fraud and evasion of American sanctions. While Canada’s Special Economic Measures Act does prohibit economic dealings with sanctioned states, it does not apply to foreign citizens acting on foreign territory, as Meng’s dealings with Iran would be categorized. Furthermore, sanctions themselves might not be interpreted as purely economic policies.

This is far from the only political consideration woven into the legal process. Meng’s arrest has endangered Canada’s diplomacy and trade – and perhaps even its own citizens.

On December 21, 2018, Canada’s Minister of Foreign Relations Chrystia Freeland expressed concern for the “arbitrary detention by Chinese authorities of two Canadians,” calling for their immediate release. Michael Korvig, a former Canadian diplomat, was detained ten days after Meng’s arrest, followed by the detainment of Michael Spavor two days later. Canada has not explicitly linked Meng’s arrest with the detention of three Canadians. However, many political analysts and politicians, including Conservative leader Andrew Scheer, concluded that the arrest of the Canadians was politically motivated. They are unsatisfied with the Chinese argument that the ex-diplomat and entrepreneur can be detained because they somehow endangered China’s national security.

Huawei, the world’s primary supplier of telecommunications network equipment, was controversial worldwide and in Canada even before Meng’s arrest. Huawei’s 5G network technology has faced scrutiny and is currently undergoing a technological review to determine whether or not its components can be weaponized to spy for the Chinese government. The United States, Australia, and New Zealand – three of Canada’s partners in the ‘Five Eyes’ intelligence-sharing group – have banned Huawei involvement in developing 5G networks in the name of national security. Scheer has denounced Justin Trudeau’s “policy of appeasement” and “naïve approach” to relations with China while reaffirming the Conservatives’ rejection of Huawei technology in Canada’s 5G network.

Though China is Canada’s second-biggest trading partner, its trade is dwarfed by that between China and the US, which have recently been fraught with the tension of a Thucydides’ Trap. While Canada accounts for 1.3% of Chinese exports at $35 billion, the United States accounts for 18% at $511 billion. Canada’s commitment to its international extradition treaty left the country positioned as a proxy for frustrations arising from the US-China trade war. In order to maintain diplomatic relations during these crucial trade talks with the United States, China could not risk souring deescalating talks with the detainment of American citizens. The detainment of Canadians, however, may be a move intended by China to indirectly pressure the US through their closest ally.

In spite of recent incidents, the US is undoubtedly Canada’s most crucial ally and is in the best position to advocate for the release of the Canadians. However, President Donald Trump’s recent comments on the matter do little to deter China’s aggression towards Canada – they may even have served as grounds upon which Meng’s extradition can be challenged as a political prosecution. While discussing trade, a deal for which negotiations between the US and China are ongoing, Trump asserted that he “would certainly intervene” in the American Department of Justice’s case against Meng should he deem it necessary. This comment suggests intervention of the president in the American legal system, which clearly contradicts the doctrine of the separation of powers that informs the structure of American political authority.

In Canada, this separation is not so clear in regard to the extradition process. The final decision whether or not to surrender Meng to the United States will be made by Jody Wilson-Raybould, Canada’s federal Minister of Justice and an elected member of the Liberal party. After granting Meng bail, Wilson-Raybould asserted in a statement that Canada’s “independent and impartial judiciary […] ensures that a fair and unbiased process will unfold.” In this process, and in accordance with what is known as the ‘political offense exception’ of the United States and Canada’s bilateral treaty, extradition may be refused should it be determined that “the offense in respect of which extradition is requested is of a political character.” Meng’s lawyers would be amiss should they seek to question the impartiality of the Canadian extradition process. After Trump’s comments, they might have more success in extracting a political motive from the American legal system.

The seeming politicization of the judicial process will not be taken lightly by any parties, including the Minister of Justice. Extradition can take up to a decade, but no matter the political climate, Canada has no choice but to follow the due legal process that began with the Americans’ request for Meng’s extradition.

By denying any link between Meng’s arrest and the detention of the three Canadians, Trudeau’s strategy has continued to uphold Canada’s commitment to both its treaty obligations and an apolitical judicial process. This explanation, however, has not been accepted by China: Foreign Ministry spokesperson Hua Chunying has declared Canada’s actions illegal and illegitimate and in contempt of the rule of law.

While avoiding strong political statements might work to mitigate the politicization of the legal process, it might not be conducive to the release of the detained Canadian citizens. After all, if the detainment of Canadian citizens is indeed retaliation for Meng’s arrest, there is little Trudeau could do short of intervening in the case; although this might be precisely what China expects of him. It is the task of Trudeau and Canadian diplomats to affirm the legality of Meng’s trial and convince not only China of the legitimacy of their actions but also their allies who have arguably failed to support Canada with their lack of condemnation for China’s detainment of Canadian citizens.

At this point, Canadian political intervention to negotiate for the release of the Canadians detained in China could be interpreted as a concession. This would only encourage and set precedence for the detainment of foreign citizens as a tool of economic warfare. No matter how arbitrary the detention, Canada’s courts maintain that they are not influenced by such political events, and immune to political pressure from either domestic or foreign governments. Therefore, the detention of Canadian citizens supposedly cannot be used to sway the decision to surrender Meng to the United States. In suggesting his intervention in Meng’s case, Trump has only given more weight to the narrative of economic hostages, further politicizing a legal process. Canada has been forced to defend and uphold the integrity of its legal institutions while minding the balance of the two superpowers in conflict above its head.

However, in potentially jeopardizing Meng’s extradition, Trump’s comments might have done Canada a favour: the best possible scenario for Canada might very well be for the courts to refuse extradition on the grounds that it is a political, not criminal, prosecution. This would lessen Chinese pressure on Canada, although diplomacy is unlikely to be without tension for some time. While the decision to refuse to surrender Meng to the United States on these grounds would indeed be highly controversial, it would be a decision resulting from an independent, apolitical judiciary.

Ultimately, the extradition of a Huawei executive and the detainment of Canadian citizens symbolize more than meets the eye. Far from two distinct legal processes, these events exemplify the increasing turbulence of US-Canada-China relations.