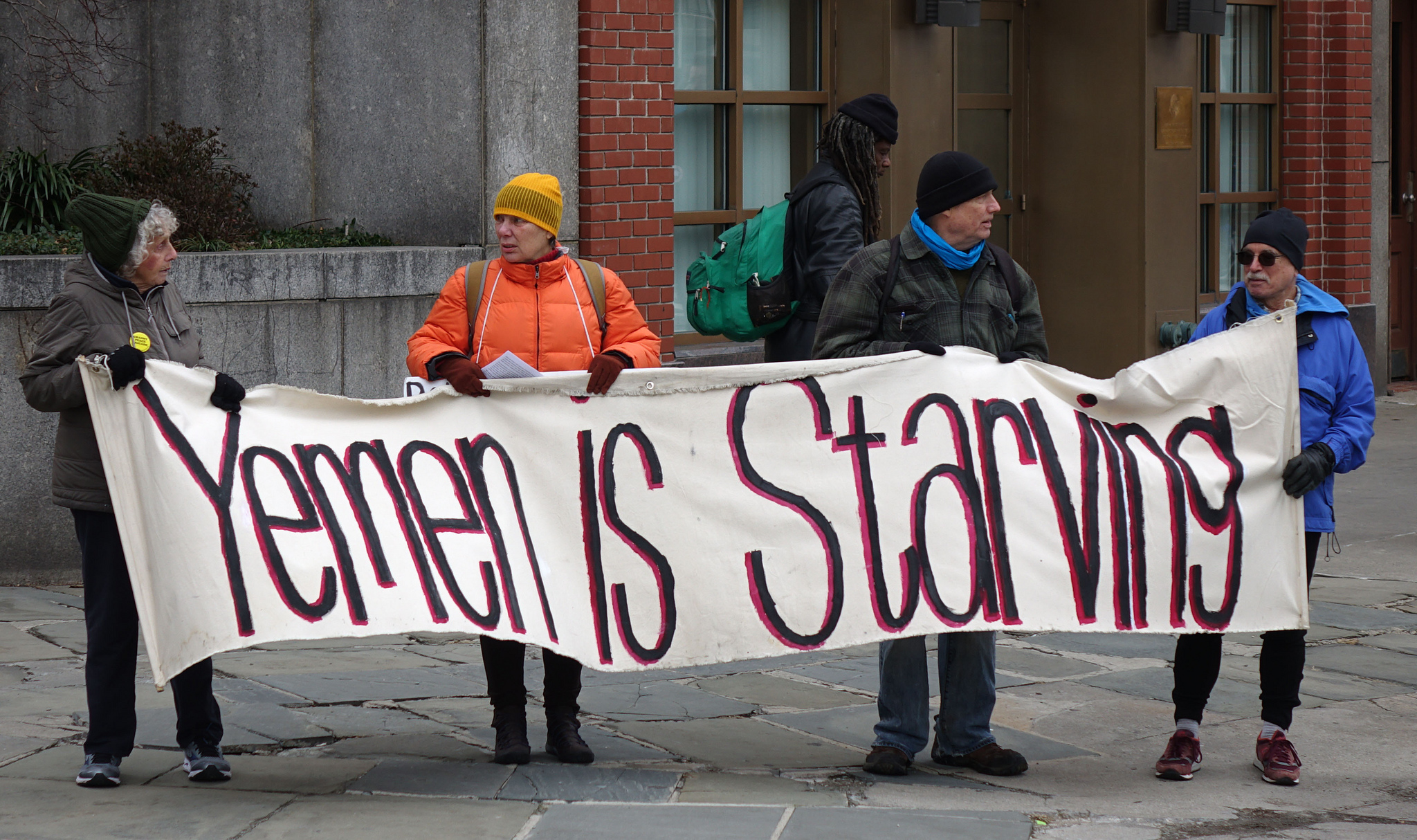 On December 13th, Iranian-backed Houthi Rebels and the Saudi-backed Yemeni government agred to a cease-fire, freeing the strategic port city of Hodiedah in Yemen. Following years of violence resulting in the worst ever recorded man-made humanitarian crisis and the deaths of tens of thousands, this cease-fire could be a  stepping stone to the resolution of the civil war. With 13 million Yemenis facing death by famine, any prospect at resolution must be pursued vehemently by both sides and it is possible that this cease-fire will set a precedent of more limited Saudi involvement in the war.

The civil war has roots extending back to the 2011 Arab Spring, in which President Ali Abdullah Saleh was forced to hand over power to his second in command, Abdrabbhu Mansour Hadi, to maintain some semblance of stability in the impoverished state. Under Hadi, stability became a pipe dream as he faced many difficulties in controlling a number of rebel groups, corruption, food insecurity, and unemployment. In conjunction, these issues came to empower one rebel group in particular, the Houthis.

The Houthis are a Shia militant group in Yemen, a majority Sunni state. They have been accused of acting as a proxy force for  Iran, a Shia state, an accusation that both have denied. Initially opposed to the rule of Saleh, the group saw great potential in the weakness of new president Hadi. The group’s mandate is to  fight corruption, further develop the Yemeni economy, and achieve greater autonomy in Houthi-dominated regions in the state. The Houthis also promote a more democratic, multi-cultural Yemeni state. Disillusioned with the transition of power and supportive of many Houthi goals, there was widespread Yemeni support for the Houthis outside of the Shia. In late 2014 and  early 2015, the Houthis took over much of the country, causing Hadi to flee in March 2015.

It would be too simplistic to classify this civil war as a purely intra-state conflict. The presence of Iran and Saudi Arabia in Yemen makes it more than just a civil war, but a proxy war as well. Their interference in the conflict muddies the waters from a war concerning Sunni Yemenis vs. Shia Yemenis to a regional power struggle between the two strongest Muslim powers in the world. Saudi Arabia, Yemen’s northern neighbour and a Sunni-majority state, considers Shia Iran its biggest rival and thus focuses the majority of its foreign policy on countering Iran. The two states have been feuding for decades, with two main factors driving their rivalry – religious differences and power.

Sunni Saudi Arabia and Shia Iran both aspire to be leaders in the Muslim world and both hope desperately for the other’s failure. There are also deep cleavages between the two on how to treat the West. Iran aims to turn the region off reliance on the West, whereas Saudi Arabia enjoys a close relationship with the US and others and strives to maintain that relationship in order to attract investment. Fearful of rising Iranian influence in the Middle East, particularly in the Syrian civil war, Saudi Arabia will go far to contain Iran’s power and promote their own interests.

Motivated by the fear that a Houthi government would result in an Iranian client regime sharing its borders, Saudi Arabia has supported the government forces, rendering the Yemeni Civil War a regional conflict. A number of other states, including the US and France, have joined the Saudis in their support for the Hadi government. Ostensibly, the two fear growing Iranian influence in the region, but the massive profits reaped  from arms sales to Saudi Arabia imply that there is a financial motive in backing the Saudis, as well.

Thus far, the  war’s greatest impact has been famine and starvation of the domestic population. In a state already vulnerable to  food insecurity, the war has transformed Yemen into a food desert. The main port for receiving food aid, which happens to be in Hodiedah, was  closed due to the fighting. The recent ceasefire is significant in that it promotes peace in Hodiedah, as well as two other port cities, once again allowing food aid into the country and hopefully relieving the country-wide levels of famine at some level. In the words of UNSG Guterres, the opening of the ports could “facilitate the humanitarian flow of goods to the civilian population and it will improve the living conditions of millions of Yemenis,” emphasizing  the importance of the cease-fire remaining in place.

Thus, resolving the conflict would involve not only resolving the discordant objectives between different Yemenis, but will rely upon the much more complicated prospect of finding peace between Saudi Arabia and Iran. Seeing as the two have been rivals for decades, hope for peace rests upon the conflict becoming more of a burden that a benefit for one of the powers, forcing them to withdraw. This may be the case with Saudi Arabia, which currently facing massive pressure from friends in the West to withdraw.

Implications of the Cease-Fire

The importance of the cease-fire can also be understood in its ability to predict  the course of the conflict as a whole. It has been widely speculated that the impetus behind the Saudi agreement to the cease-fire could be damage control to redeem the reputation of Crown Prince Mohammad bin Salman (MBS) following international condemnation of the Khashoggi murder.

While US President Trump has made it clear that he still unequivocally supports the Saudis, there is a different story to be seen in the Senate. Just hours after the cease-fire was signed, the Senate voted to cut US Aid to the Saudi campaign in Yemen. It was made explicit that this choice was spurred by Khashoggi’s death. While there will be some time until this vote takes effect, there is no doubt that Saudi fear of losses in aid and investment drove them to accept the cease-fire.

It is not only the in the US Senate that the Saudis fear their loss in popularity, but in the minds of Western masses as a whole. The piece de resistance of MBS’s economic policy is Vision2030, a plan to diversify the Saudi economy from oil by way of foreign investment, namely American investment. Following mass media coverage of Khashoggi’s murder and outrage by the American public, it is likely MbS fears losing current or potential investors. Thus, it is important for him to redeem his image in the eyes of the Western public, increasing the likelihood of the success of further negotiations.

While it is still too early  to consider this cease-fire as a certain sign of peace, it could be seen as a litmus test where the  Saudis will draw the line in order to retain foreign aid and investment. With talks coming up in January about the next step in the peace process, the best hope for those facing famine is that the Senate stands strong behind its threat and that the Saudis are forced to limit their involvement in the civil war.

While a Saudi exit from the war would certainly not end it – it would in no way remedy the discordant objectives between the government forces and the Houthi rebels – it would likely play a large role in decreasing the starvation faced by millions of Yemenis. The loss of Saudi payrolls funding much of the war would likely result in lesser capability for violence.