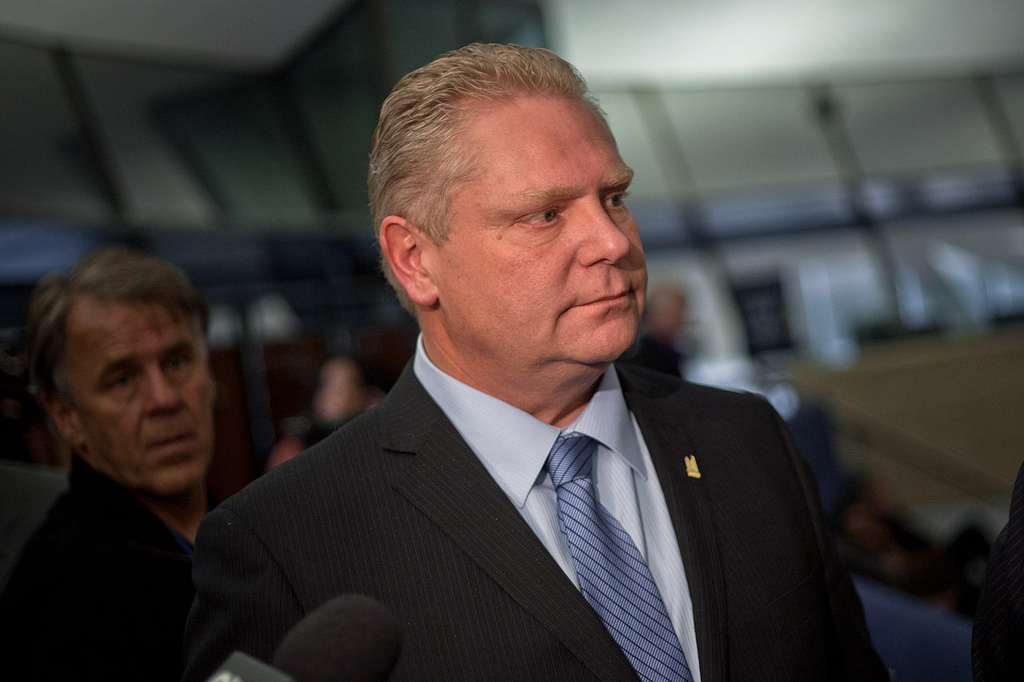 Doug Ford’s premiership is still young. And yet, he and his administration are already no stranger to scandal. Whether it be controversial nominations, massive backlash for changes to sex education, a top minister’s resignation, or an alleged hidden request for a customized RCMP vehicle for Ford, the young Ontario Progressive Conservative (PC) government has provided plenty to talk about.

In the past, it has been common practice for the Premier of Ontario’s office to make available the Premier’s daily itinerary. This tradition, understandably, was in the spirit of accountability and transparency. It was also not unique to Ontario (the Prime Minister’s office also publishes a daily itinerary). But since being elected as Premier, Doug Ford’s office has not voluntarily published the Premier’s itinerary.

Through a freedom of information request, CBC obtained Ford’s itineraries for his first 3 months in office. From his swearing-in on June 19th until October 1st, Ford had several meetings with a variety of diplomats, lobbyists, and other interest groups. Ford did publicize a number of meetings in his first few months, such as his five meetings with U.S. Ambassador to Canada Kelly Craft and several meetings with Toronto Mayor John Tory. However, once Ford’s private itinerary was obtained, it was revealed that Ford had had numerous meetings that he had not disclosed to the public.

Among these was a meeting with Galen Weston Jr., executive chairman and CEO of Loblaw Companies Ltd.; two meetings with former PC MPP and now registered lobbyist Frank Klees; and a meeting with Jerry Dias, president of UNIFOR, the largest private sector union in Canada.

Through a second freedom of information request, it was revealed that Ford met with controversial University of Toronto psychology professor Jordan Peterson in mid-October. Peterson entered the public eye with his vocal criticism of Bill C-16, which protects gender expression and identity under the Canadian Human Rights Code and Criminal Code. Peterson argued that the bill was a restriction on freedom of expression, even worrying that he himself could end up in prison. Although his interpretation of C-16 has been widely debunked, and the bill even endorsed by the Canadian Bar Association, his protests attracted international attention.

Critics of Ford concealing his itinerary argue that transparency and accountability are essential to the democratic process. Knowing who Ford is meeting with is crucial to understanding whether and how unelected actors are influencing public policy. Peter Tabuns, NDP MPP for Toronto-Danforth touched on the significance of withholding the Premier’s itinerary, saying “how do you hold a government to account if you don’t know what it’s doing? It speaks to a very closed and untransparent and unresponsive government.”

Is there a political reason behind Ford’s secrecy?

Of the secret meetings exposed by the CBC, the two visitors that are most clearly linked to Ford’s policy proposals are Galen Weston Jr. and Jordan Peterson.

In late July of 2018, Weston informed his investors that wage increases in Ontario and Alberta would cost Loblaw Companies Ltd. an extra $190-million in labour expenses. According to the itinerary obtained by the CBC, Weston met with Ford only 19 days after this announcement. Finally, in late October, then-Cabinet member Jim Wilson announced Bill 47, also known as the Making Ontario Open for Business Act, which contained multiple changes to employment standards and most notably canceled the planned wage increase.

While easy to see why Weston would want to meet with Ford – and understandable why Ford preferred to not disclose the meeting – Jordan Peterson’s motivations don’t seem to be the same.

Despite his initial claim to fame fading, the attention Peterson’s free speech protest received has gifted him a large following and has made him lots of money. Before Peterson and Ford met, Ford announced that Ontario universities and colleges would be forced to draft free-speech policies, a move largely inspired by an incident involving a teaching assistant being reprimanded for showing a clip of Peterson to her class.

According to the Premier’s press secretary, the meeting between the two was “to discuss free speech on Ontario’s university and college campuses.” But this might not be the whole story.

Just one week before they would meet, Peterson urged Ford over Twitter to abolish the Ontario Humans Rights Commission, claiming in a tweet directed to Ford that “there isn’t a more dangerous organization in Canada, with the possible exception of the Ontario Institute for Studies in Education.”

The timing of this tweet seems to suggest that perhaps Ford and Peterson discussed the future of the Ontario Human Rights Commission when they met on October 18th.

This also seems to be the conclusion of the NDP, as a statement posted to their website reads “Doug Ford quietly met with Jordan Peterson raising concerns about the fate of the human rights commission, which is particularly worrisome for racialized, indigenous, Queer, and Trans communities.”

NDP MPP Laura Mae Lindo expressed her frustration with Ford’s lack of transparency, arguing “who Doug Ford consults with and gets advice from in private meetings before forcing through policy changes is of critical importance. Ontarians want to know who is advising Mr. Ford – especially when our human rights are at stake, but he keeps trying to keep these meetings secret.”

While the substance of the Weston and Peterson cases are very different, they are alike in that Ford chose not to publicly disclose meeting with either of them. Both scenarios highlight a relative lack of transparency and accountability in the Ontario government. This matters, especially when it comes to issues that could have a big impact on Ontarians’ wallets and human rights.