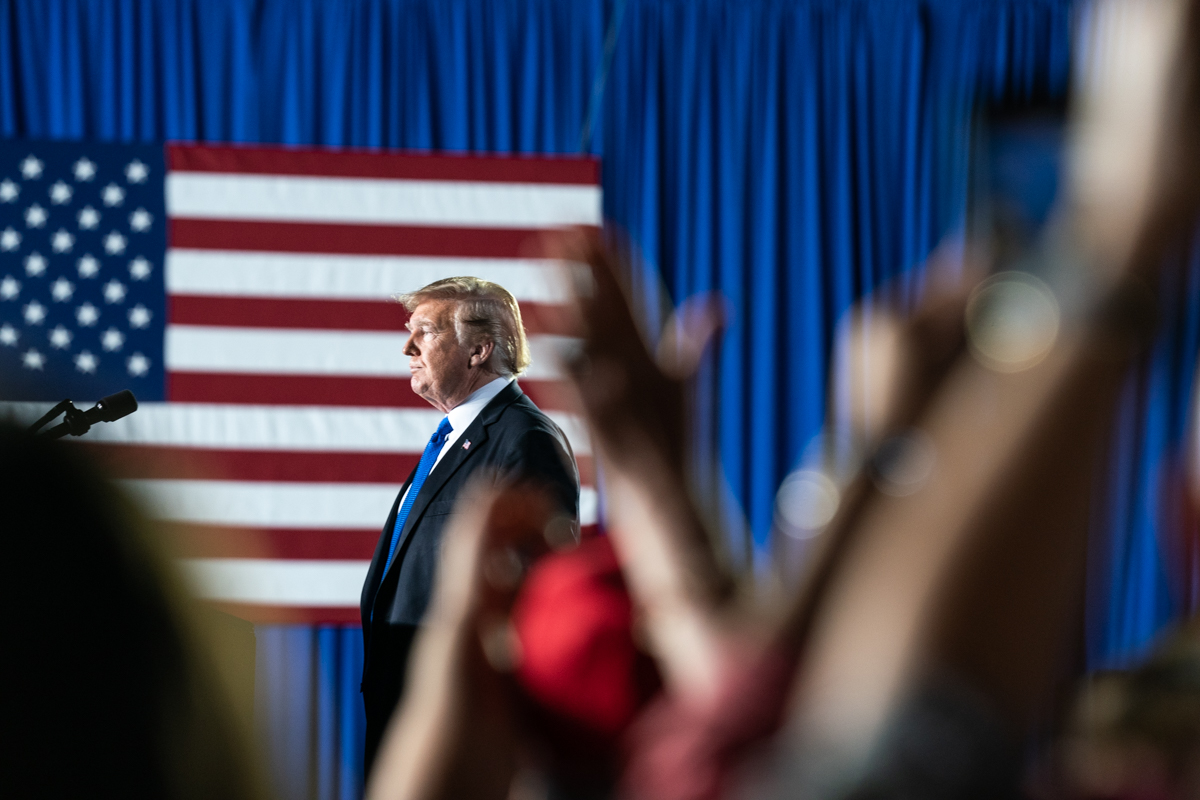 On February 15, 2019 President Donald Trump declared a national emergency under the National Emergencies Act to gain long-sought funding for his signature Mexico border wall. Passed by Congress in 1976, the law allows the President to take unilateral actions not normally permitted by the Constitution’s separation of powers and federal law. Essentially, Congress cedes a sizeable portion of its prerogatives to the President to be used only during an emergency requiring immediate action.

Politics aside, this is not a legitimate use of the National Emergencies Act, which was designed to quicken federal response to a public safety and national security threat. While every President since Jimmy Carter has declared several national emergencies over mostly national or regional security, this is the first time the law will be utilized for political purposes.

The 115th and 116th Congresses squarely refused to grant funding for the President’s signature domestic policy. In response, it is clear that the President is using the emergency law to instead enact an immigration policy rejected by the people’s representatives. Furthermore, this action would not have caused nearly as much controversy had it been in response to an actual emergency, such as George Bush’s emergency declaration in the aftermath of 9/11.

However, there is no evidence of an actual emergency on the southern border. Despite Trump’s claims of an “invasion” of illegal immigrants, illegal cross-border migration is at its lowest point in years.

Trump’s unprecedented circumvention of Congress isn’t significant simply because it is in response to a nonexistent emergency, or because it has angered Democrats. Rather, it threatens to undermine the US Constitution’s endowment to Congress, the exclusive “power of the purse.’’ This provision means that Congress alone has the authority to raise and appropriate funds for executive branch use. The only influence the President can legally exert over this process is his veto pen (which can be overridden).

This arrangement is a widely cited example of the Constitution’s separation of powers, which the serves to prevent either branch of government from becoming too powerful. However, if a precedent is set that allows the President to arbitrarily declare national emergencies to fund a particular priority, the congressional appropriations process is in danger of sliding into irrelevance.

So far, most congressional Republicans are standing by the President. Although Democrats will most likely manage to push a House-passed resolution undoing the declaration through the Senate, they will need more Republican votes than they are likely to receive to override a near certain Trump veto. If Republicans allow the President’s declaration to move forward, then Trump’s action last week will represent yet another erosion of Congress’s constitutionally guaranteed powers.

Already, the Congress has almost completely abdicated its foreign policy prerogatives, with Presidents increasingly fighting endless wars in multiple countries without obtaining the constitutionally mandated congressional war declaration. For example, in 2015, President Obama asked Congress to pass a new AUMF (Authorization for Use of Military Force) that would explicitly sanction the US fight against ISIS in Iraq.

Essentially, Obama was asking Congress to limit his own power. Doing so would prevent him from applying the 2001 AUMF passed in response to 9/11 to any international conflict he wanted, even if it did not pertain to 9/11. However, Congress did nothing, and Obama continued to use the 2001 AUMF to fight a terrorist group that did not even exist in 2001.

Many defenders of Congress’s prerogatives are looking to the courts with a hopeful eye, citing the possibility of the federal courts striking down the declaration as unconstitutional or in violation of the National Emergencies Act. According to most observers, however, this is unlikely. The courts have been historically reluctant to nullify presidential decisions pertaining to national security. More importantly, the language of the statute is vague and does not lay out criteria defining what qualifies as a “national emergency.” Judges will thus lack the tools and statutory basis to block Trump’s declaration.

If they do, they run the risk of becoming “activist judges” who stretch the bounds of written law and “legislate” from the bench. If the lower courts block the declaration anyway, given the case’s precedent-setting potential, it will most likely land in the Supreme Court’s docket. Considering the conservative majority’s willingness to uphold other executive actions testing the limits of executive authority, such as the travel ban, Trump’s declaration may receive a favorable hearing. If anything, the presence of Brett Kavanaugh on the Court will boost the administration’s chances; Kavanaugh has long been a proponent of a constitutional and statutory interpretation that grants expansive executive authority to the Presidency.

Depending on what the Democrats decide to do the next time they’re in charge, America can avoid most of the difficult constitutional questions arising from this matter. The easiest way out of a potential long term constitutional crisis is to simply amend the National Emergencies Act by clearly defining what constitutes a national emergency. They could even go further to specify what kind of actions are not permissible under the Act, such as using the emergency declaration process to enact a policy rejected by Congress. While this would not prevent a rogue President from declaring a national emergency anyway, it would give the courts the necessary tools and legal basis to invalidate an egregious misuse of the law like Mr Trump’s.

However, there is there is no small chance that Democrats will simply accept the new precedent of expanded executive power and use it for their own purposes. History shows that Democrats are not immune to corruption, norms busting, and questionable interpretation of federal and constitutional law. Democrats have rigged elections by gerrymandering current congressional districts in multiple states, abolished the age old Senate filibuster for cabinet and judicial nominees when they couldn’t secure the confirmation of their preferred picks, and in a national scandal, were caught colluding with the campaign of Hillary Clinton to tilt the 2016 primary elections in her favour.

Power is intoxicating, and it is conceivable that a future Democratic President will accept Trump’s new precedent to achieve a long sought policy goal. Citing a number of gun related deaths, opioid overdoses, millions of Americans without healthcare, and increasingly deadly storms due to climate change, a Democratic President could bypass Congress to secure funding for sweeping action on gun control, the opioid crisis, the “Green New Deal,” and even Medicare for All. Given the tribalism that grips contemporary American politics, it is unlikely that enough Democrats will join Republicans to garner the ⅔ majority necessary to overturn a Presidential veto in a potential Democratic or Republican Congress.

Acceptance of the precedent set by Trump’s emergency declaration will abolish the exclusive congressional appropriations prerogative in all but name. However, beyond its constitutional implications, Republicans should be nervous. While they may get their border wall in the short term, Democrats may use their newfound power to enhance the power and presence of the federal government and enact the “socialist” policies long feared by the right wing. Time will tell what choice the Democrats will make.