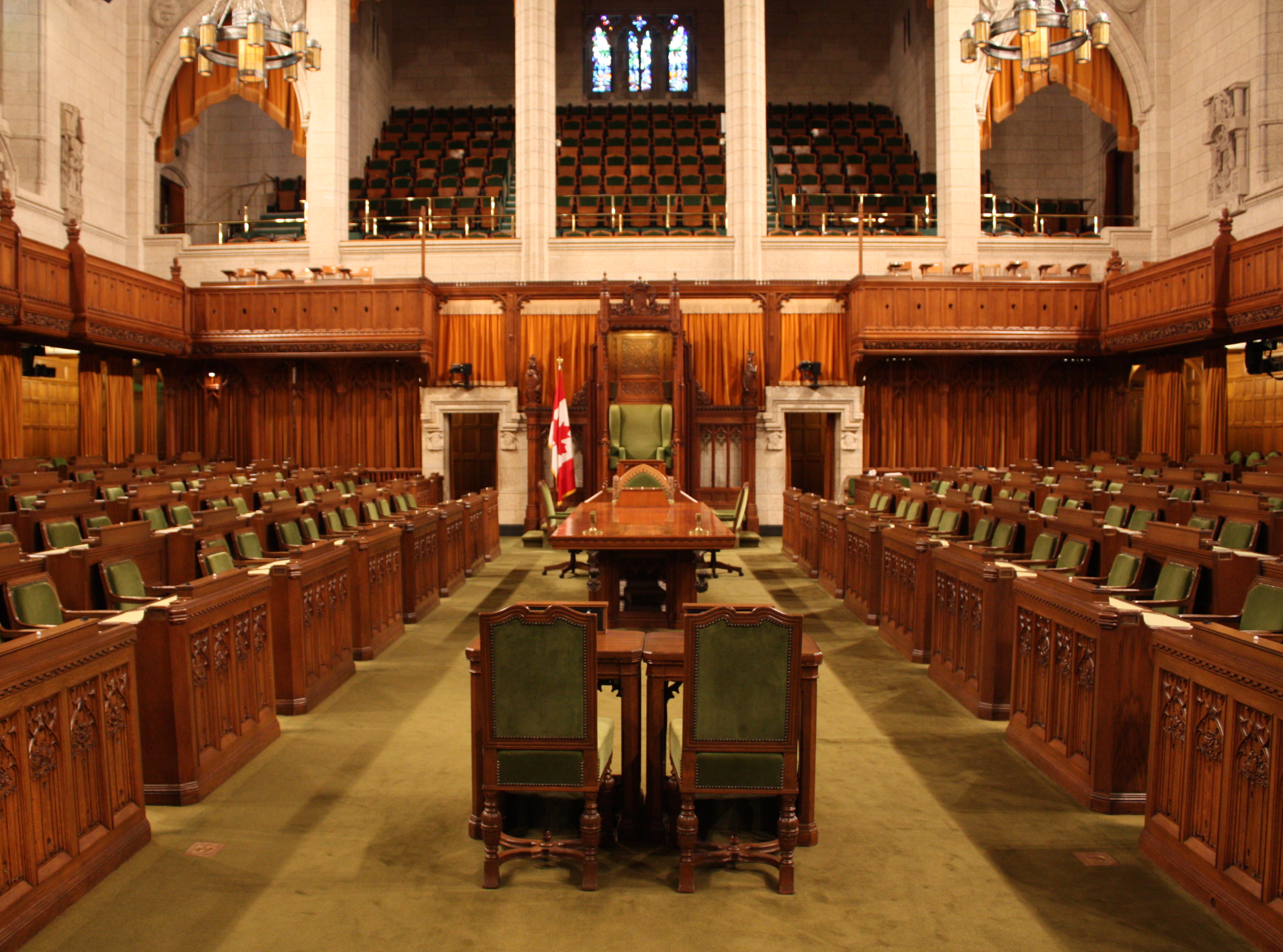 Twenty days later, Wilson-Raybould gave a long-awaited testimony before the House of Commons justice committee, providing detailed accounts of the alleged political interference. Trudeau now finds himself at the centre of a deepening scandal that has the potential to irrevocably damage his credibility and reputation, and impact the Liberals’ chances in the upcoming federal election.

In 2018, the Trudeau government amended the criminal code to allow deferred-prosecution agreements (DPAs), which let prosecutors suspend criminal charges against Canadian companies. In such an agreement, financial penalties and compliance measures are imposed in place of prosecution. SNC-Lavalin lobbied to negotiate such an agreement, but the federal director of public prosecutions refused. SNC-Lavalin then asked for a judicial review of that decision, which is where Wilson-Raybould was allegedly pressured to push for a deferred prosecution agreement to be allowed.

Trudeau quickly denied the allegations, but the story persisted, largely because the narrative connected to the controversy surrounding the Liberals’ cabinet shuffle weeks before. In mid-January, Wilson-Raybould was transferred from the justice department to become Minister of Veterans’ Affairs in what was largely interpreted as a politically motivated demotion. Wilson-Raybould’s parting statement upheld the principled independence of the role of Attorney General, as well as the need to “always speak truth to power,” and stated that Canada’s justice system “should be free from even the perception of political interference.”

Indeed, the controversy facing Trudeau only grew stronger as Wilson-Raybould resigned from cabinet on February 12th, hours after Trudeau’s comments implied that her continued presence in the Liberal cabinet undermined the allegations. A week later, Trudeau’s trusted advisor Gerald Butts resigned from his position as principal secretary.

While Butts categorically denied the allegations that either he or anyone else had pressured the attorney general, his parting statement asserted that the presence of the allegations distracted from the work of the PMO, and that his resignation was in the best interests of the office. However, this second high-profile resignation only prompted more attention and speculation around the unfolding scandal.

Wilson-Raybould claimed she was unable to comment to the media due to solicitor-client privilege, which Trudeau then partially waived on February 25th, allowing her to speak before the House Justice Committee on the instances of communication that occurred while she was attorney general. But for many, the move came far too late, as politicians were calling on Trudeau to waive solicitor-client privilege from the beginning. That he waited weeks before doing so may have contributed to growing suspicion and condemnations over the government’s lack of transparency.

The delay indicated a certain indecision from Trudeau on how to handle the allegations. Indeed, the inconsistency of Trudeau’s accounts on the matter did little to quiet controversy. Originally, Trudeau insisted he did not direct Wilson-Raybould to intervene, although the allegations used the term “pressure.”

He later admitted they had discussed it, and then confirmed that Wilson-Raybould had confronted him on whether or not he was directing her to act, to which he said no.  It was later revealed that the economic impact of SNC-Lavalin’s possible conviction was indeed discussed between Trudeau and Wilson-Raybould in mid-September, after the SNC-Lavalin’s request for negotiation had already been rejected. The remediation agreement law forbids prosecutors from considering national economic interests in their decisions.

This discussion, which occurred after Wilson-Raybould had allegedly already made her decision, gave important context to the allegations. Currently, the federal Ethics Commissioner and the House Justice committee are holding limited hearings on the allegations. Michael Wernick, Clerk of the Privy Council, testified before the House of Commons justice committee on the 21st, claiming that while the justice minister was made aware of the economic context, it was in a lawful and appropriate manner.

He also said that recourse was available to Wilson-Raybould through the Ethics commissioner at any point during the case. Many interpreted his testimony as oddly partisan for a neutral public servant, with some describing it as “unconventional,” “alarmist,” and “unusual.” Given that the Wernick is expected to be completely non-partisan, his comments added to the public’s perception that political strategy permeated the very institutions who are supposed to be insulated from it.

SNC-Lavalin, which some refer to as the jewel of Quebec’s business communities, has been facing financial difficulties and multiple corruption charges even before this February, and reported a fourth quarter loss of $1.6 billion.

The welfare of Quebec’s economy has always been a strategic interest for federal parties, and so the economic context was widely suspected as the reason for the alleged pressure. Indeed, Wernick’s testimony indicated in plain language that many government officials were “quite anxious” about the future of the company, which was part of the context he related to Wilson-Raybould.

On Wednesday, Wilson-Raybould testified before the House of Commons Justice committee, speaking to the public for the first time since the story made headlines on February 7th. She gave a detailed account of “veiled threats” and a “consistent and sustained effort” by eleven officials over a period of four months to politically interfere with Wilson-Raybould’s exercise of prosecutorial discretion concerning a DPA for SNC-Lavalin.

During one meeting on September 17th, 2018, Wilson-Raybould alleges that both Wernick and Trudeau brought up partisan considerations, namely the Quebec elections and Trudeau’s Quebec constituency of Papineau as reasons for why a “solution” for SNC-Lavalin was necessary.

Wernick’s testimony asserted that the situation is merely a matter of conflicting interpretations, and after Wilson-Raybould’s three-hour question period had finished, Trudeau appeared to take the same route. He emphasized that the scandal is a matter of different perspectives,  stating that he “completely disagree(s) with the former attorney-general’s characterization of events.”

This statement did not put the scandal to rest. By saying he disagrees with Wilson-Raybould’s “characterization of events” he did not deny that the conversations took place. This may be a crucial consideration not only for the Ethics Commissioner, but the court of public opinion. Insofar as Trudeau does not address the alleged repeated engagements of various officials with Wilson-Raybould and her staff, his defence will likely be found lacking.

Indeed, Trudeau and the Liberals, from shifting accounts to anonymous character attacks on Wilson-Raybould from the Liberal caucus, have struggled to contain the situation from the beginning.

While Wilson-Raybould was clear in asserting that the alleged pressure was inappropriate, but not illegal, Scheer took a stronger stance. As leader of the opposition, Scheer has been vocal since the beginning. He has called for Trudeau’s resignation, as well as an investigation spearheaded by the RCMP.

CBC’s Poll Tracker shows that Liberal support began its sharp decline on February 19th, nearly two weeks after the story broke, while Conservative support rose to eventually surpass the Liberals by the February 26th. The Liberals are polling at 33.9% and Conservatives at 35.8% nationwide, with the Conservatives leading in Alberta, British Columbia, and the prairies, in addition to being neck and neck with the Liberals in Ontario. Only in Quebec and the aggregated Atlantic provinces do the Liberals have a solid lead. The continuing lead in Quebec may have to do with the jobs and capital SNC-Lavalin provides in the province.

If the Liberals are unable to reverse the current trend as the scandal develops, this could become the issue that determines the election. Their recovery, however, will be made more difficult by the NDP’s recent good fortune: party leader Jagmeet Singh won a seat in parliament on Monday.

Although NDP support is currently projected to win them only 17 seats, Singh’s presence is parliament will now allow him to join Scheer in pressuring Trudeau. If Singh and the NDP are able to take advantage of the scandal, the decline in Liberal support could be a perfect opportunity to draw in voters who feel disillusioned with the current government from both left and centre.

Disillusionment with the Liberal party might also begin to extend to members of caucus itself. Some have made disparaging comments concerning Wilson-Raybould’s testimony, while others applaud it. Some believe the testimony has already cost them the election. The Liberals are divided in their assessments of the scandal, which could undermine party unity to the effect of harming the party’s chances for reelection, as well as the campaigns of individual MPs.

For his part, Trudeau’s reputation will likely not emerged unscathed after Wilson-Raybould’s testimony. The indictments of his character, both in integrity and leadership from politicians and the public alike, are severe, with Scheer asserting that he has “lost the moral authority to govern.”

Trudeau has only months to strategize a recovery, but even if the allegations do not culminate into a criminal charge, the public perception of guilt will be hard to shake. It remains to be seen how Trudeau and the Liberals will move forward in the months preceding the election now that the ground has shifted beneath them.