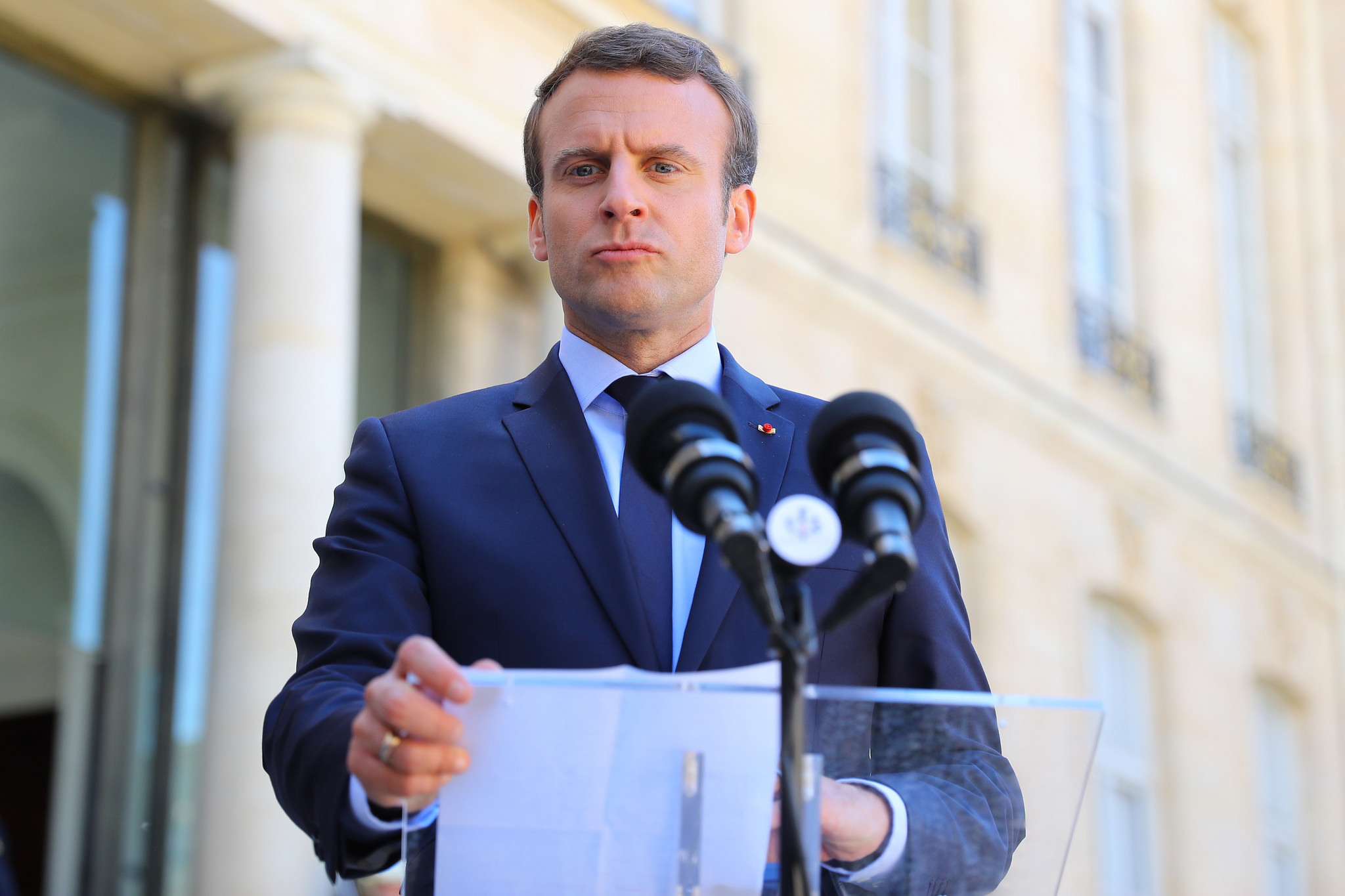 No matter the political alignment of various news outlets, “struggling” is the word that they have widely attached to Emmanuel Macron, the young, centrist President of France. Pushing for a wide-ranging package of reforms that remain unpopular with the French, Macron has been faced with strikes, mass protests, street violence, and a possibly unrelated increase in anti-semitic attacks. But no matter how many challenges he faces, Macron seems to move forward with his vision for France and come back even stronger.

The first challenge to Macron’s presidency happened shortly after he took office. When his government presented its vision to reform the country’s labour laws, trade unions, student movements, and left-wing groups joined together in protests and strikes. Still, the government succeeded in seeing the reforms approved. The new labour code entered into force in January 2018 and resulted in a less ossified labour market, making it easier to hire and fire. The new code also allows the possibility to customize job arrangements, such as working from home, flexible hours, or objective-dependent payments instead of time-dependent ones.

Another urgent matter was the challenges faced by the SNCF, the national railways operator, which Macron pledged to reform. The government came up with the final project in February 2018, which would see the abolition of the special status enjoyed by railway workers, as well as a debt restructuring plan for the company, which owed €46 billion to its lenders. The trade unions strongly rejected the proposals and engaged in massive strikes that lasted 3 months and paralyzed France’s railway network, slashing its profits by 90%.

With students and left-wing movements joining the trade unions in large-scale protests across France, some in the Anglophone media would talk of the possibility of a new May ‘68. Left-wing populists in France themselves promoted this narrative, certain that Macron’s reforms would not succeed. After all, history showed that if the SNCF workers went on strike against the government, they would prevail. The was nevertheless approved by Parliament in June 2018, and its provisions are set to gradually enter into force over the next decade.

The SNCF trade unions have announced more strikes for 2019. But this time, the demands concern better wages and stronger safety nets through welfare payments. The reforms, it seems, have been tacitly accepted by the trade unions as unlikely to be reversed.

The final, and greatest, challenge so far has been the rise of the Yellow Vests (Gilets jaunes) movement. Triggered by fuel tax increases and budget cuts as part of the 2019 government budget, hundreds of thousands of citizens took to the streets, blocking roundabouts, city roads, and even highways. Violent clashes in December left the downtown of Paris in a deplorable state, with the Presidential Palace itself under threat. While some of these tactics were nothing new for France, the Yellow Vests protests did have characteristics which make them unprecedented.

Protests in France have historically been led by groups with left-wing affiliations, such as the trade unions, the parties themselves,  student unions, or by the urban vulnerable groups such as Arab and African immigrants of the banlieue of Paris, Marseille, or other big cities. This time, however, the demographics were markedly different. The Yellow Vests represent the middle and lower-middle classes of the rural areas and the small towns (the so-called ‘Profound France’ – “La France Profonde”), with greater numbers among the middle-aged and those without immigrant backgrounds.

This demographic, along with the fact that the Yellow Vests have been a leaderless grassroots-movement, posed a big challenge to the government, which found itself unable to negotiate with or appease the movement in its first weeks of its mobilization. Just like with the railway strikes, French media rushed to promote alarmist narratives that compared the protests to the May ‘68 events, or even affirm that the situation is even worse than the massive anti-Gaullist riots of 1968.

But Macron hit back with a charm offensive, first by giving in to some of the demands of the Yellow Vests, including abandoning the controversial fuel tax proposals, as well as minimum wage raises and tax concessions. In January, he also announced an unprecedented “Grand National Debate”, which would see ministers and MPs hear citizens’ complaints and ideals in town-hall-style events in every neighbourhood and village of France.

The strategy seems to be working: Macron’s popularity has been on the rise since mid-January. Recent analysis shows that the number of protesters has been constantly declining, from a peak of 300,000 to less than 50,000 last week. Public support has also dwindled, with an opinion poll showing that most French no longer want the protests to continue. At the beginning of the protests, public support stood at 83%, which signifies an impressive reversal of attitudes at a popular level.

It may be possible that Macron will not be re-elected to a second term. But it may not matter that much if by 2022, when the next elections will take place, Macron will have seen most of his envisioned reforms come to life. If we are to keep to the May ‘68 parallels that the media likes to draw, there is a detail that they often forget: hoping to find a resolution to the prolonged protests, then-President Charles de Gaulle dissolved the Parliament and called snap elections. The results were a big victory for de Gaulle, as the parties supporting him gained 80% of the seats in Parliament.