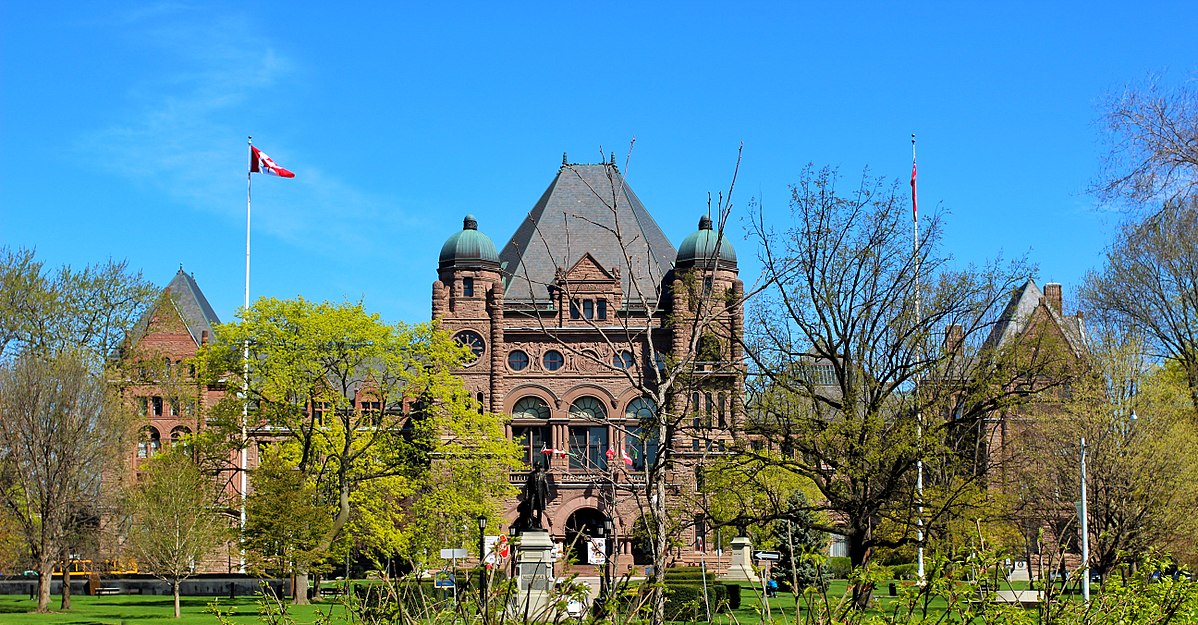 In a decisive electoral victory, Ontario’s Progressive Conservatives under now-Premier Doug Ford won a majority government nearly one year ago, decimating Kathleen Wynne’s Liberals in the process. Considering the result, Ontarians seemingly sent a clear message to the Liberals, who, as a party, were responsible for the doubling of the province’s debt in the past decade. Paired with having the second-highest debt-to-GDP ratio in the country, it is perhaps understandable that the province’s fiscal plan needed to be re-evaluated.

Accordingly, the PCs first budget – released on April 11th and titled Protecting What Matters Most – promises both the elimination of a $11.7 billion deficit in only five years, and also no tax increases. To achieve a balanced budget by the 2023-24 fiscal year the Ontario government had two options: raise revenues through taxation, or sharply slow spending. With these in mind, Ford picked the latter.

During his campaign, Ford promised to launch an audit of government spending and to save billions each year by removing unspecified inefficiencies, doing both without cutting any jobs. But as we near the one-year mark from when the PCs took office, the harsh reality is setting in: province-wide job cuts are directly affecting those employed by the province in the health, education, and social service and childcare sectors.

In order of percentage spent on each sector, here are some of the most important spending details contained in Budget 2019:

Under the Ford government, the annual money allocated to growth in healthcare spending is set at 1.8 percent over the next five years, a total of $1.4 billion more than the previous year. Critics have been quick to point out, however, that the money assigned towards healthcare is not sufficient to offset the 1.9 percent annual inflation rate.

Ontario’s demographics also pose a significant challenge to healthcare: the province is aging, and the aging portion of the population is large. Collectively, this poses a challenge not accounted for in the plan. In order to adequately meet the growing demands of Ontario seniors, healthcare spending would need to increase by an annual average of 4.7 percent over the forecasted period. If spending is not increased, substantial efficiencies in the healthcare sector will need to be found.

In terms of priorities, the budget emphasizes a commitment to ending hallway care, investments in new hospitals and upgrades to existing hospitals, a dental plan for low-income seniors, and a historic investment in mental health. Most notably, Ontario’s healthcare system is being centralized, which raises two key concerns: the potential for privatization, and the difficulties which come with the consolidation of the sector.

The purpose of centralization is to eliminate “duplicative” management and administration by streamlining the other agencies’ functions. Doing so, the government argues, will  “provide more value for tax dollars.” The streamlining process of healthcare can perhaps be seen as a way to cut costs, but also jobs. Critics of centralization maintain that job losses will be inevitable, and that they in fact already begun.

Ford’s plan leaves many questions unanswered, such as whether there will be service and/or labour disruptions, whether administration or front-line jobs will be lost, and how patients are expected to continue receiving seamless care.

Under Budget 2019, education has been allocated $31.5 billion, with the average annual expense growth projected at around 1.2 percent. Money given to the education sector will support new initiatives set forth by the Ford government, including the modernization of the Ontario curriculum, a cellphone ban, and an emphasis on STEM, skilled trades, and financial literacy.

Additionally, the provincial government is planning to increase class sizes across many grades. The average high school class size, for instance, is projected to increase from 22 to 28 students. Increased class-sizes will lead to a decrease in the number of classes, which will result in a reduced number of teachers and other administrators needed. The increased class size will be offset by a minimum of four online courses taken throughout high school.

As for teaching jobs, the Ford government is planning to phase out 3,475 over the next four years, starting as early as this fall. Such a move, the government projects, will save the province $851 million. Accordingly, these cuts will result in the phasing out of certain specialized courses, such as shop and skilled-trade classes. As Cathy Abraham, President of the Ontario Public School Boards’ Association, predicts “you aren’t going to lose your math, your English, your sciences. You are going to lose those elective classes that help keep kids in school.”

If the Premier wants to avoid a province-wide teacher strike similar to the one which occurred in 1997 under Premier Mike Harris, he may wish to consult further with school boards and unions to fully understand the implications that budget cuts have on schools, teachers, and youth. With the 2022 election in mind, it might be in Ford’s best interest to appease unions in order to avoid the headaches which played a role in the downfall of the last PC Premier, Mike Harris.

The third largest sector, Children’s and Social Services, receives about ten percent of the government’s total expenses annually. A common theme in the 2019 Ontario Budget, which holds true for this sector, is the streamlining of internal services and the increased use of online services. The sector will experience an annual decrease of 2.1 percent in funds, perhaps resulting in negative outcomes for both quality and quantity of social services and childcare programs.

One of the costliest initiatives proposed by the Ford government is a childcare credit, termed the Ontario Childcare Access and Relief from Expenses (CARE). CARE is designed for households earning up to $150,000 per year, with low-income households benefiting the most.

CARE will be distributed on a sliding scale based on age and disabilities, with families earning less than $20,000 a year eligible to receive up to $6,000 per child. Though this tax credit will cost Ontario about $390-million annually, the PCs claim that it will help thousands of Ontarians return to work.

Critics of the CARE plan claim the program could be ran by for-profit businesses. Additionally, they argue the credit will not increase the number of high-quality, licensed childcare spots most families seek, nor make licensed childcare more affordable.

A tax credit of this nature could perhaps provide a strong incentive for families to gravitate towards unregulated, low-cost, low-quality, childcare. By increasing demand without also addressing the scarce supply, costs for childcare may rise, and the quality of the service may decline.

The Road to Balance

Balancing Ontario’s books in five years’ time is an optimistic goal, but the road to achieving this target will not be smooth. Strict spending targets, specifically in areas such as healthcare – a sector already facing intense demographic pressures – will certainly be difficult to maintain.

Additionally, Ford’s campaign promise of no lost jobs seems to have already been broken, even if the term “front-line workers” is accounted for. Thousands of teachers are already receiving redundancy notices, leaving students to fall victim. Furthermore, the streamlining of services could perhaps decrease the quality and availability of them, regardless of whether money is saved in the process.

After accounting for inflation, it is inevitable that sector spending will contract over the course of Ford’s term. Crucial sectors such as healthcare, education, and social services will bear the brunt of the cuts, meaning the Progressive Conservative government could be facing backlash from workers and unions across the province for months to come. All-the-while, the government will need to manage a severely strict budget with little-to-no room for error.