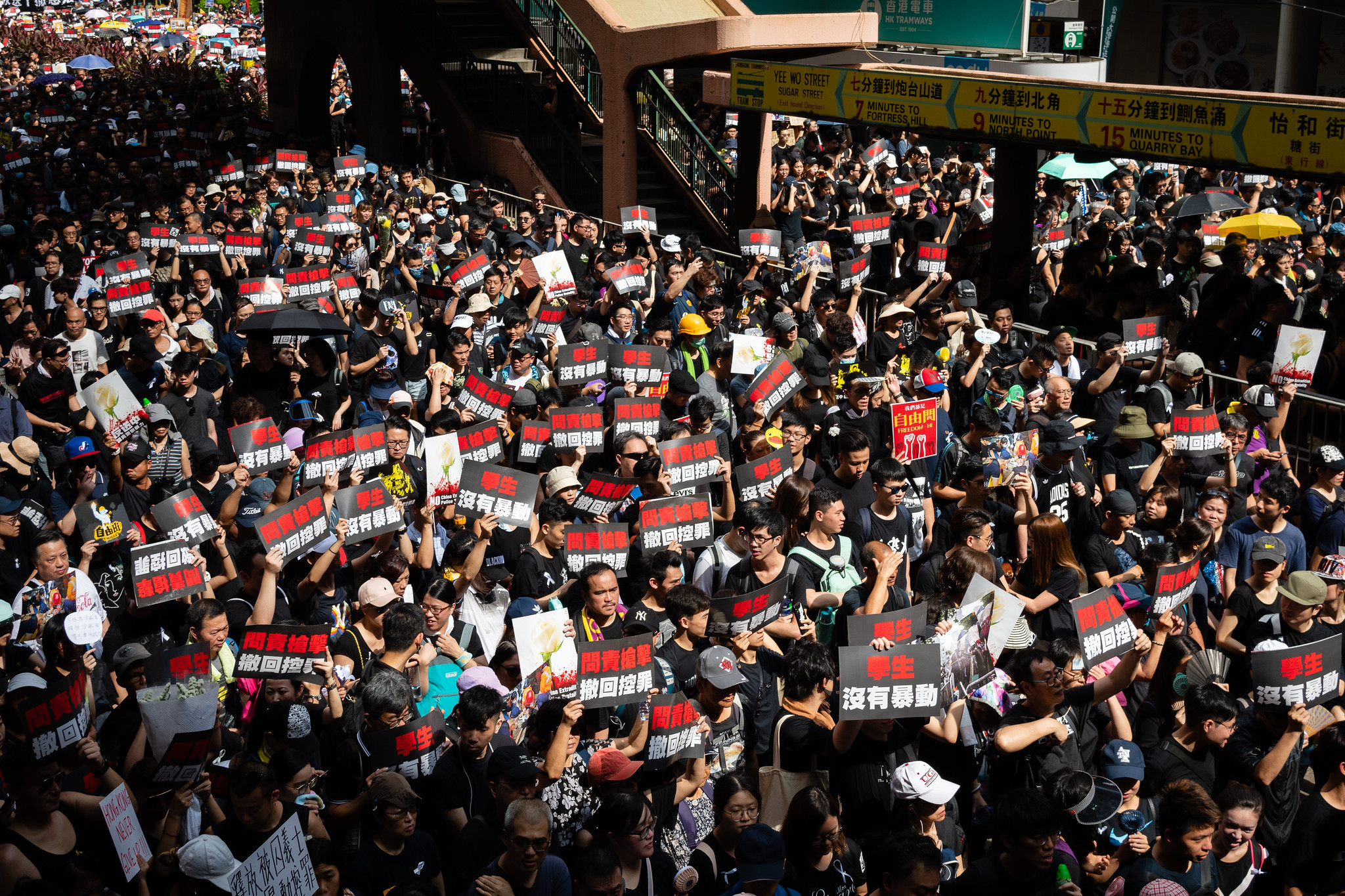 This past week, hundreds of thousands of people have protested in the streets of Hong Kong over a proposed extradition bill, in some of the biggest demonstrations in the city’s history. These protests come just before the five-year anniversary of the Umbrella Movement, the last time major demonstrations rocked the city.

The protests started on June 9 to voice disapproval against a bill that would allow China to extradite Hong Kong residents to the mainland. Many fear that the law would accelerate the erosion of civil liberties in the city, arguing that it could be used to target activists critical of Beijing. A protester interviewed by BBC went as far as to argue that “Hong Kong will just become another Chinese city if this bill is passed.” The proposed bill has not only been criticized by Hong Kong residents but also by NGOs and the international community.

While the protesters have been peaceful, police have responded violently, using tear gas and rubber bullets to stop protesters. On June 12, the fourth day of protests, 22 police officers and 60 protesters were injured. Furthermore, on Saturday night, a protester died from a fall after unfurling a large protest banner near goverment headquarters.

Carrie Lam, the chief executive of Hong Kong, who is pro-Beijing, at first refused to concede to the protesters. Joseph Yam, a member of her Executive Council, tried to blame foreign influence, stating: “The riots, I believe, were instigated by foreign forces and it is sad that the young people of Hong Kong have been manipulated into taking part.”

Lam told reporters that the extradition law was essential because it would help the city “fulfill her international obligations in terms of cross-boundary and transnational crimes.” The government also argued that the extradition bill would close loopholes in the law that make Hong Kong a “safe haven for criminals.” This comes after a Hong Kong resident murdered his girlfriend in Taiwan and returned to Hong Kong before confessing. Authorities could not extradite him and he was only charged with money laundering, a far cry from a charge of murder.

It was anticipated that the protests would not have any concrete impact on the legislation, and would rather serve as a way for Hong Kong residents to express anger towards the government and Beijing’s growing influence. For example, the 2014 Umbrella Movement ended after weeks of protests without any concessions from Beijing. However, on Wednesday, the legislative session was cancelled because thousands had gathered outside the Legislative Council building.

On June 15, Lam announced that she would suspend the bill after days of unrest in the city. She stated that she felt “deep sorrow and regret that deficiencies in our work – and various other factors – have stirred up substantial controversies.”

Nevertheless, Lam will not commit to permanently suspending the bill, instead saying that her government will “stop and think” about it. Therefore, protests are ongoing, since there is always a chance the bill could be re-introduced. Some protestors believe that Lam will only wait until protests and international scrutiny have calmed down to push the legislation through.

On June 16, one week after the first protests and one day after Lam suspended the legislation, hundreds of thousands of people were out in the streets. According to the Civil Human Rights Front (CHRF), the group that has been at the forefront of the demonstrations in the past week, up to two million people joined the protests. In a statement, CHRF declared that the protests would continue until the extradition bill is withdrawn, the 32 arrested protesters are released from prison, and Lam resigns.

Given that the protests are ongoing, it is unclear what their effects will be in the long run. While the New York Times argued that the suspension of the bill was “the biggest single retreat on a political issue by China” since Xi Jinping became leader, there is no guarantee the bill will not be re-introduced. If the bill does become law, it will have dramatic effects on the civil liberties of Hong Kongers and the judicial independence of the city.