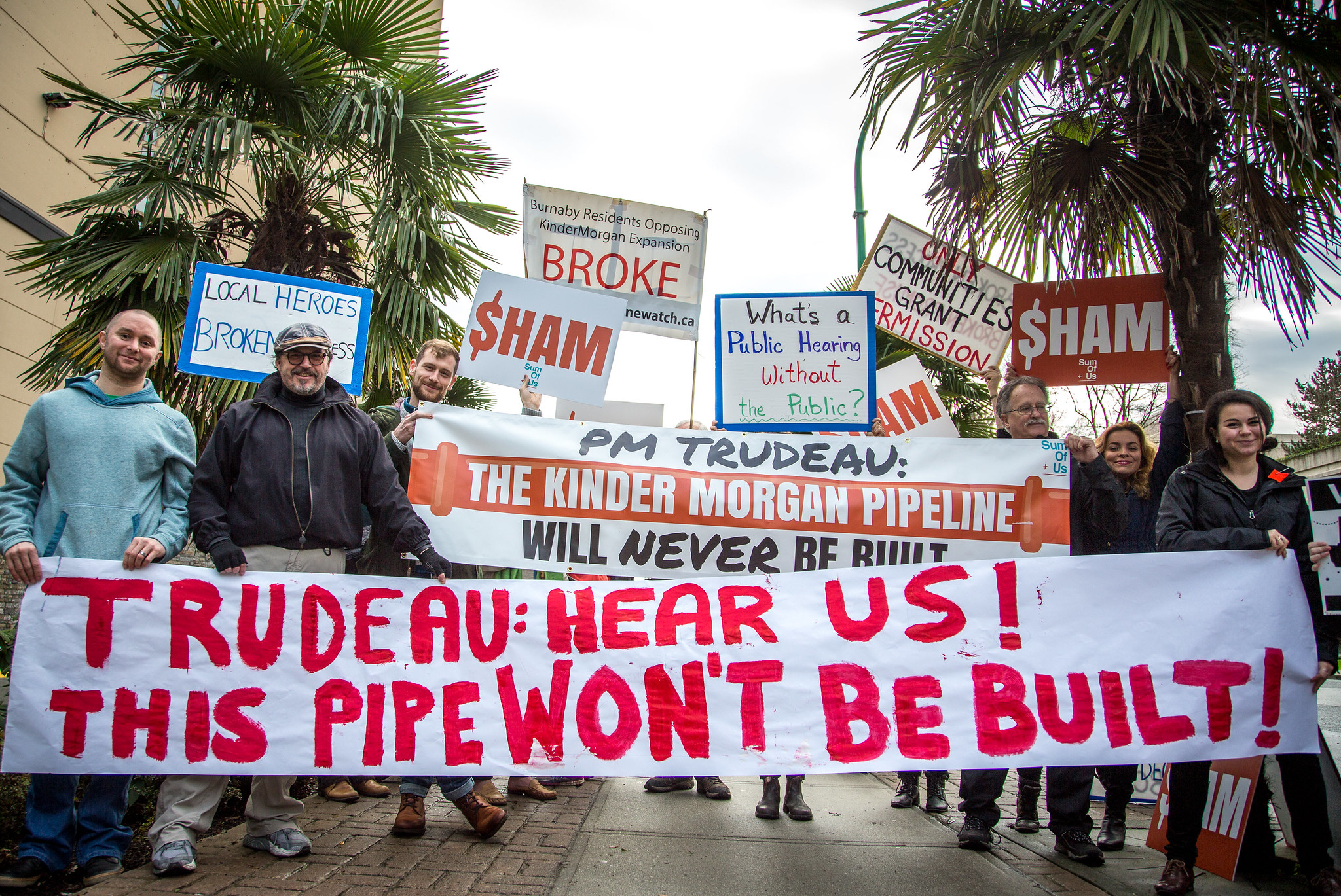 On June 18th, in a decision to expand the pipeline carrying crude oil from the sands of Alberta to the coast of British Columbia, Prime Minister Justin Trudeau and his cabinet reapproved the Trans Mountain Expansion project. Purchased from Kinder Morgan last year for $4.5 billion, the pipeline is expected by some estimates to generate approximately $500 million a year in federal corporate tax revenue alone. This controversial project would nearly triple the existing pipeline’s capacity to 890,000 barrels of oil a day and is expected to significantly increase Canadian oil exports, especially in lucrative Asian markets.

In August 2018, the Federal Court of Appeals overturned the construction permits for the project, citing its potential negative effects on marine wildlife and affected First Nations groups. Trans Mountain president Ian Anderson has stated that in the ten months since progress halted, the company has continued to advance plans and remains confident that the pipeline expansion meets the National Energy Board’s commitments. According to Trudeau, the Trans Mountain expansion now meets safety requirements and has passed through rounds of consultation with Indigenous groups.

An email release from the Canadian Energy Pipeline Association claimed that the construction delays cost Canadians $693 million each year. When addressing the economic potential of the pipeline, the Canadian Association of Pipeline producers anticipated an average increase of $20 billion of annual investments in the energy sector and an enhancement of Canada’s domestic competitiveness. Theoretically, the project could sustain 120,000 jobs. These organizations urged the government to act quickly, and Trudeau stated that there will be “shovels in the ground” as early as this September.

Although the pipeline has now been approved in Ottawa, construction will not necessarily begin immediately.  Legal disputes are inevitable: the National Energy Board will likely hold additional hearings, Vancouver Mayor Kennedy Stewart confirmed on Tuesday that the city will join any legal challenges that are filed, and British Columbia Premier John Horgan has stated that he will pursue legal challenges if it is in the province’s best interest. Furthermore, many First Nations groups remain adamant that the nearly 1,000 kilometers of pipeline will threaten their lands, and environmental activists are still opposed to further development of carbon-heavy oil sands.

In an interview with the New York Times, Will George, a member of the Tsleil-Waututh Nation, which claims the land around the pipeline terminal, and a leader of Protect the Inlet, stated that the group “will do everything it takes to stop it.” As was demonstrated during a protest on Tuesday night, this includes physically blocking highways and railroads. Despite the controversy, Trudeau contends that Canada’s economic well-being depends on the growth of the energy industry. “We are a government that cares deeply about the environment, and we care just as deeply about the economic success of Canadians,” he said at an Ottawa press conference. “This isn’t an either-or proposition.”

In an attempt to back up his claims that environmental stewardship can coexist with economic development, Trudeau has also announced that all proceeds from the eventual sale of the pipeline will fund projects to transition from fossil fuels to cleaner, renewable sources of energy. Additionally, according to one senior official, all 129 First Nations along

the pipeline route will receive invitations later this week to join a government engagement process toward “economic participation” in the project.

However, many Canadians find these efforts lacking, especially considering that the reapproval announcement came just one day after Canada’s declaration of a climate  emergency. During the declaration, the Liberal government promised to reduce greenhouse gas emissions, reach its targets under the Paris Accords, and pursue efforts to keep global warming under 1.5 degrees Celsius. In response to the ironic decision that immediately followed, Washington’s Swinomish tribe chairman Brian Cladoosby stated, “Canada can’t be a climate leader and support this pipeline… You can’t respond to an emergency by continuing to approve projects that are causing the emergency.”

The numerous delays and contentious nature of the project have made it one of the greatest challenges to Trudeau’s popularity, and critics warn that this re-approval may do little to solve the disputes and ultimately push construction forward. Former attorney general Jody Wilson-Raybould, now an independent member of Parliament, wrote ahead of the announcement: “It has been famously said that the definition of insanity is doing the same thing over and over again and expecting a different result. I expect that is what we will see this week, as the government chooses to try to proceed, again, in a context of ongoing conflict and mistrust.”

This latest stamp of approval from the Liberal government will likely not be the final word on the project in light of the legal challenges and continued opposition, which may extend to direct action in the future. Moreover, the Trans Mountain project’s future will be dependent on the outcome of the fall election. The Conservatives have found fault with the current government’s failure to begin construction, while the New Democrats and the Green Party have argued that Canada should cease expansion of the pipeline to work towards emissions reduction. Considering that the Liberals may not retain control of government or manage to secure a majority government after the fall, the final approval for the pipeline will be left, at least partially, in the hands of the voters.