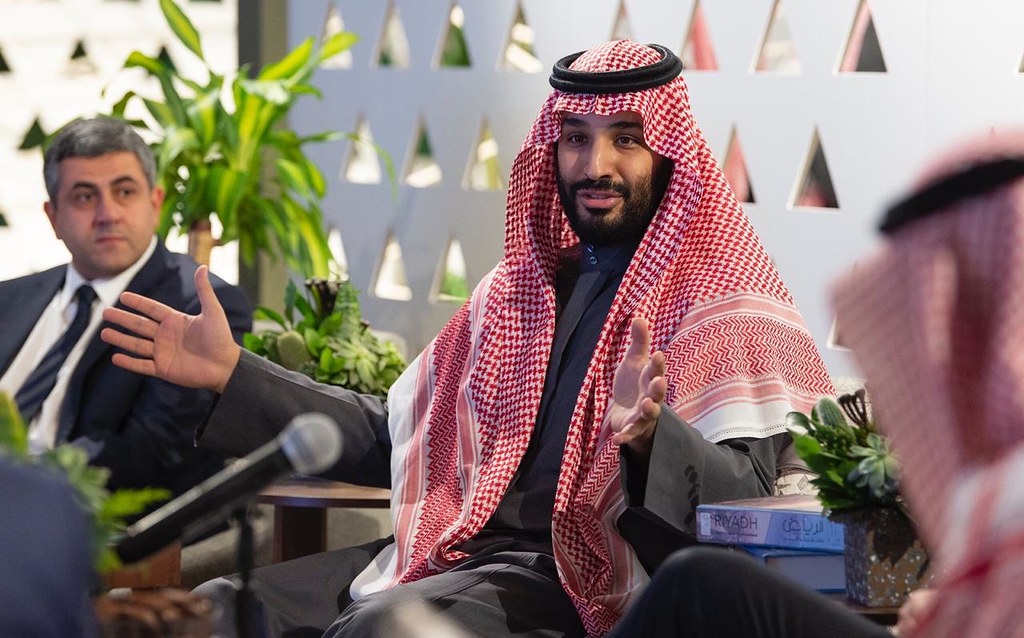 For over seventy years, the United States and Saudi Arabia have maintained a dynamic economic and diplomatic partnership. This relationship not only demonstrates the vast economic benefits that have taken root, but additionally uncovers global implications that shape the rules of the political game. US-Saudi diplomacy showcases Saudi Arabia’s growing rejection of global diplomacy, in favor of unilateral action. In many cases this has resulted in Saudi Arabia’s human rights abuses and disregard for the rules of international law.

To understand Saudi Arabia’s growing tendency to utilize a historically American style of foreign policy rooted in hegemony and unilateral action, the relationship between the two nations must first be analyzed. This alliance has yielded several implications regarding Saudi Arabia’s ability to act unilaterally, including domestic human rights violations, the murder of Jamal Kashoggi and Saudi engagement in the Yemen war. This doctrine therefore posits foreign relations policies that do not abide by human rights ideals and the rules of international law. These instances will be analyzed further to understand the proliferation of a Saudi foreign policy doctrine rooted in unilateral decision making.

The Saudi-US relationship is one which has remained consistent in its core principles of regional security and economic prosperity, the latter being the primary concern. However, the two are linked in the sense that regional security has been fueled by economic interests. This becomes clear when analyzing the origins of Saudi-US diplomacy.

In 1933, the first interaction the United States had with the nation was to search for oil. In 1945, formal diplomatic relations were established with the first American envoy reaching Saudi Arabia, and by 1951 the US began to sell arms to Saudi Arabia. This process of arms dealership is a useful way of understanding the foundation of diplomacy between the two nations. The sale of arms, which benefits the US economically, demonstrates the fiscal justification rooted in regional security. Economic gains are not only a priority to Saudi-US relations, they are also a precondition for Saudi security.

Arms dealership remains an intrinsic aspect of the cooperative diplomacy seen between Saudi Arabia and the United States, as Saudi Arabia buys more arms from the US annually than any other nation. Under the Trump administration, the relationship between the two nations has grown “especially warm” according to the Council on Foreign Relations. As expected, arms and oil are the main talking points used by Trump to uphold diplomatic relations.

Trump has also cited the potential nuclear threat of Iran to uphold the importance of economic ties with Saudi Arabia. This can be seen most prominently in the US’s current Military Training Mission to Saudi Arabia, which is meant to assert power and bolster hegemony in the region against the potential threat of Iran. However, insisting “I don’t like the concept of stopping a 110 billion dollar investment” becomes an ever more questionable statement for President Trump to make following the proliferation of Saudi actions undermining human rights and international law.

According to CIA intelligence, Washington Post columnist and Saudi Arabian dissident Jamal Kashoggi was murdered via the authorization of Saudi de facto leader, Muhammad Bin Salman. Kashoggi was killed in Turkey after visiting the Saudi Arabian consulate in Istanbul. A recording has been released from the consulate in which a Saudi official tells Kashoggi “we are coming to get you” followed by noises, which have been interpreted as a sedative forcibly injected into Kashoggi. This was the last record of the journalist prior to his death.

Alongside the CIA, a UN special reporter has concluded Kashoggi to be “the victim of a deliberate, premeditated execution, an extrajudicial killing for which the state of Saudi Arabia is responsible”. However, neither Saudi officials nor president Trump have placed blame on the Saudi government or its leader Muhammed Bin Salman for the murder.

Saudi Arabia has consistently conducted human rights violations toward its own people. However, a facade has been constructed surrounding Muhhamad Bin Salman’s seemingly progressive political doctrine. This is reflected in his legislation allowing women to drive and his efforts to further publicize the Saudi market. Trump has stated Bin Salman has done a “spectacular job”, and recognizes he has “opened things up in Saudi Arabia”.

However, alongside the reforming ways of the new Saudi Arabia is an initiative that was enacted only months after the ban on women drivers was lifted. This new initiative ensures that activism and dissent is met with capital punishment. This entails that protesting on behalf of LGBTQ  rights, women’s rights or any ideals which run counter to the Saudi Islamic Republic will be met with a death sentence.

Yet, the domestic human rights abuses of peaceful protesters and ideological dissidents is only fuelled by American praise. Trump chooses to ignore domestic repression in favour of praising his “friend” who’s 110 billion dollars of investment in American arms clouds any criticism of Bin Salman.

Potentially the most heinous human rights violations conducted by the current Saudi government under Muhammad Bin Salman has to do with its war crimes in Yemen. Human Rights Watch has recorded 90 separate war crimes following Saudi Arabia’s bombing attacks toward hospitals, schools, mosques and homes. At least 6,592 civilians have been killed from the targeted bombings. Trump has additionally supported these war crimes not only through the distribution of weapons that are being used by Saudi forces, but as a military presence in the region. Additionally, when Congress wanted to use the War Powers Resolution which would force US troops to exit Yemen, Trump responded by saying the directive was an attempt to “weaken my constitutional authority”.

The United States has had a history of disregarding international directive in favour of its own unilateral agenda. The way in which the United States has entered and bombed Iraq, Afghanistan, Vietnam and many other nations was done without international approval. Saudi Arabia’s global and domestic abuses of human rights and international law demonstrate a very similar doctrine utilized by the US in its hegemonic global influence.

Saudi Arabia staunchly supported by the Trump administration displays a regional power immune from international consequences. Infringing upon the rights of its citizens, its neighboring nations and those critical of its government has become the Saudi norm under the Trump-Bin Salman alliance. What once started as a search for oil has led to a global order propped up by a doctrine of hegemony and unilateral action, absent of any moral responsibility for abuses of human rights.