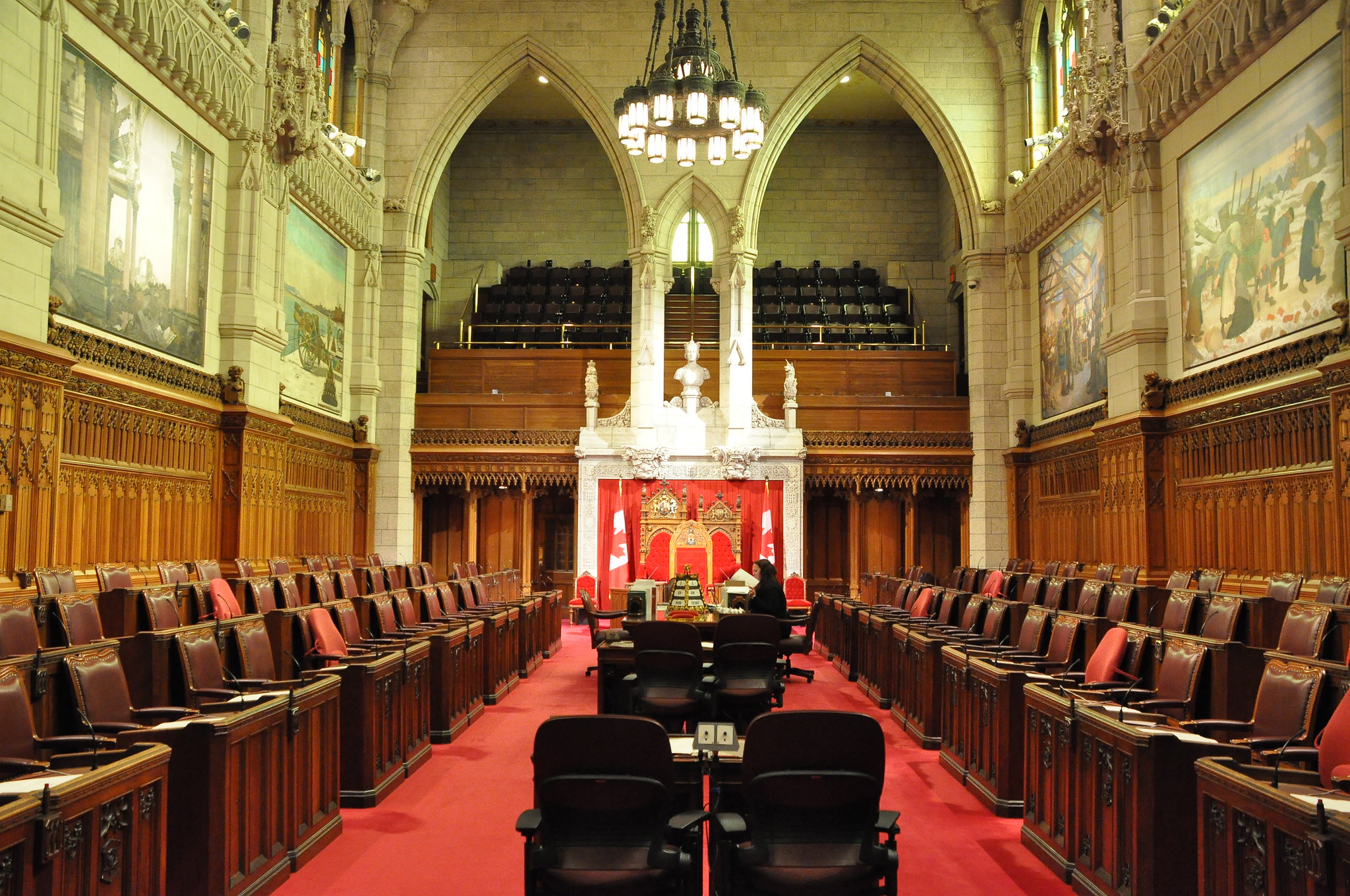 Long seen as a venue for so-called “sober second thought,” 105 members fill the Canadian Senate, the upper chamber through which a bill must pass before it can become law. Rather than Members of Parliament, who are elected, Senators have historically been appointed by the Governor General via the advice of the Prime Minister. Therefore, some argue it is more difficult to hold them accountable to the Canadian public.

On January 29th, 2014, in an attempt to decrease partisanship, then-Opposition Leader Justin Trudeau called for all Liberal Senators to disaffiliate with the party’s national parliamentary caucus. Following his election in 2015, Trudeau called for a new independent advisory board to be established in order to vet applications from Canadians seeking to serve as independent senators. From there on, the Independent Senators Group (ISG) was formed, which is now the largest parliamentary group in the Senate, comprising of fifty-nine Senators.

For a bill to become law, it must receive Royal Assent – formal approval by the Crown – after first passing through both the House and Senate. This set-up emphasizes Canada’s system of governmental checks and balances.

For instance, Bill C-6, a law introduced in 2016 which would remove barriers to Canadian citizenship, was arguably significantly improved by the Senate. The body made two key amendments to the legislation: restoring an individual’s right to due process, as well as granting minors the ability to independently apply for citizenship. The bill later received Royal Assent in June 2017, perhaps demonstrating the ability of the two chambers to improve legislation in a collaborative manner and uphold the Charter of Rights and Freedoms. Bill C-6 perhaps illustrates the Senate at its best. Namely, members played their role as a critical review body and proposed amendments, ultimately strengthening the bill.

Other recent examples, however, portray some of the difficulties which arise out of requiring approval from the Senate. For instance, former Interim Conservative Leader Rona Ambrose introduced a private member’s bill which, if passed, would mandate sexual-assault law education for judges. Though the bill was passed unanimously by the House of Commons in May 2017, it was held up in the Senate for over two years.

The bill was ultimately not passed by the upper chamber, despite surviving multiple amendments. Since then, all elected representatives and party leaders have committed to putting the bill in their election platforms in the fall, meaning it will likely be reintroduced, despite many roadblocks.

Though the upper chamber is meant to act as a system of checks to the House, this above example perhaps begs that the democratic will of the people, as represented by elected representatives, should hold a greater weight in the decision-making process. When the Senate wrapped up for the summer and parliament ended, many were left wondering why a bill approved in the House was left to dissolve in the Senate.

Is an Independent Senate More Useful?

A recent study found that Canadians most frequently describe the Senate as “too partisan and not useful,” due to the fact that Senators are appointed. Further, a majority of Canadians say they prefer an independent Senate to a partisan echo chamber.

It could be true that “sober second thought” suffers when partisan politics are part of the equation. Perhaps independence might provide Senators the ability to more effectively examine legislation independent of the theatrics which riddle the House of Commons and Canada’s greater political climate. Conceivably, Senators may work more efficiently under a model of independence, allowing them to review legislation in an increasingly thorough and substantive way.

Since Trudeau’s move to decrease partisanship, the Senate has amended almost four times as many government bills compared to the past four decades. In addition, under the current parliament, 25 per cent of all government bills that received Royal Assent were amended in the Senate, an increase from the prior ten parliament’s average of 7 per cent. This trend perhaps demonstrates the Senate’s renewed ability to act apolitically in an effort to meaningfully enhance legislation.

With the potential for a change of government looming this fall, the fate of an independent Senate could be at risk. Conservative leader Andrew Scheer has promised that, if elected, he would drop Trudeau’s independent appointment process and return to the traditional method of partisan appointments. This would, some argue, significantly undermine Trudeau’s four-year long experiment with an independent review and selection committee. Regardless, some argue that potential changes introduced by a Sheer government may not have much of an effect on the actual partisanship of the Senate. For instance, many Conservative Senators accuse Trudeau of appointing Liberals masked as Independents.

New Democrats, on the other hand, have historically called for the abolishment of the Senate in its entirety, as the party questions the constitutionality of unelected Parliamentarians. Senate abolishment does not seem likely, however, due to the requirement of consent by all ten provinces to carry out the measure.

Moving forward, if the Senate wishes to modernize in an attempt to regain the confidence of the Canadian people, perhaps the Red Chamber should move to strengthen legislation, rather than engage in striking down bills put forward by the House. To do so, perhaps less partisan politics is the way towards regaining relevancy and credibility in an ever-polarizing times.