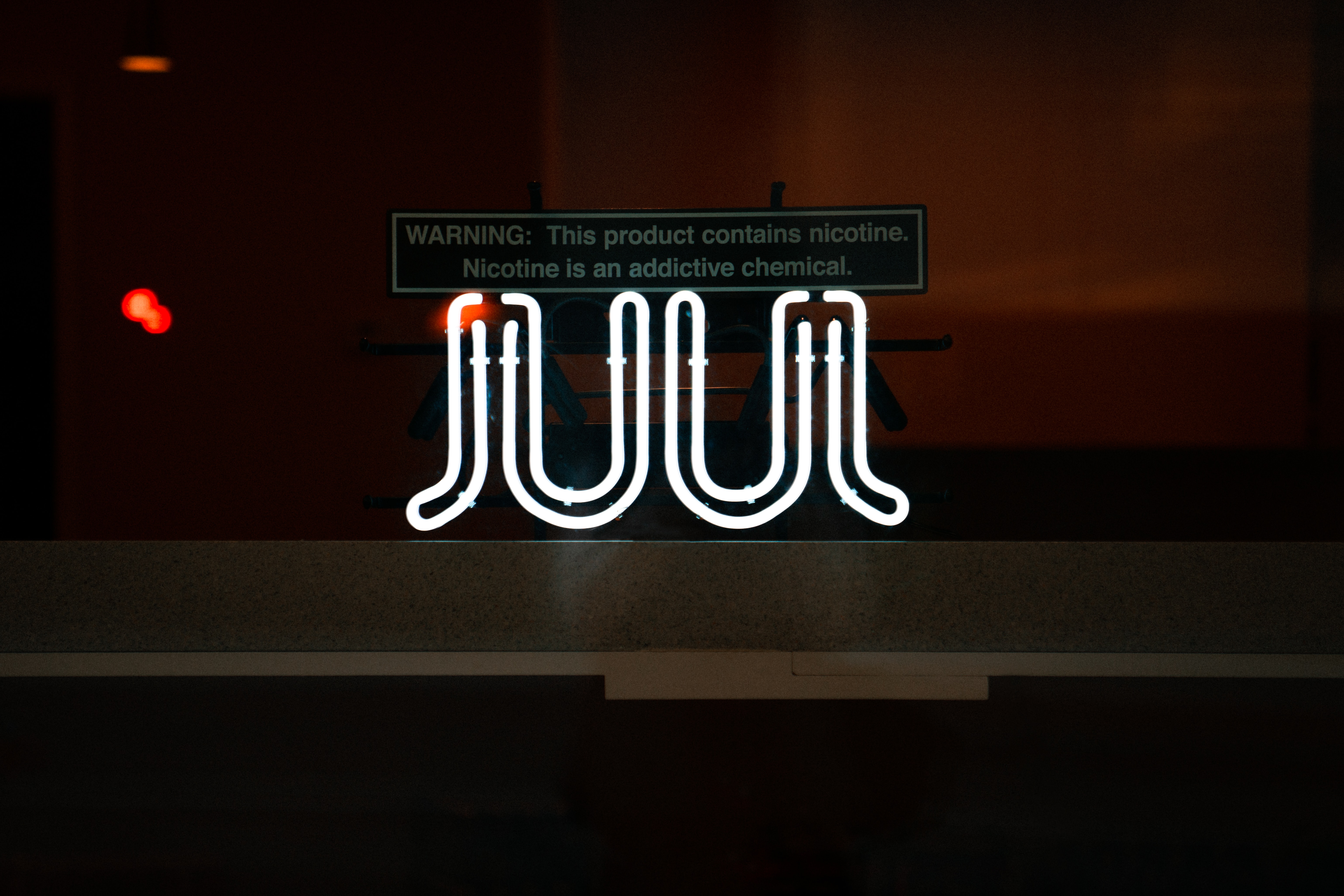 After decades of battling tobacco industry heads and lobbyists for improved regulation of cigarettes, public health officials worldwide are increasingly turning their attention towards a relatively new “epidemic”: the vape, or electronic cigarette. On September 18, India proposed a law banning the production, importation, and advertisement of these products, marking what could be the most severe move so far in the recent global backlash against e-cigarettes. If the law passes parliamentary reform in November, a first-time offense in India will carry a one-year jail sentence, a 100,000 rupee fine, or both, with a longer term and heavier fines for repeat violations.

India’s proposed ban preempts the attempted unveiling of Juul products in India. Juul Labs, the current vape industry goliath with 64% of the e-cigarette market share and a net worth of over $10 billion USD, has come under increased international scrutiny over the past few months. India is following the lead of a handful of countries including China, who recently blocked the online sale of the products just one week after they hit the shelves on September 15. Expansion into China, which has over 300 million consumers of tobacco, would have signified an important step in increasing Juul’s market share. South Korea, Brazil, and Thailand have also recently banned or warned citizens of the danger of e-cigarettes.

Juul and other well-known e-cigarette brands such as Suorin and Novo have long been notorious for attempting to appeal to children and younger teenagers rather than adult smokers. The companies’ sleek, social media-savvy marketing style and sweet flavors such as Mango and Crème Brulée have bred concern that e-cigarette companies have purposefully created a new generation of nicotine addicts, who are choosing the same poison as their grandparents in a seemingly more innocuous form.

“Envisioned as a tool to combat tobacco addiction, electronic cigarettes and other vaping products have become a major problem and increase the risk of children adopting them,” Indian Finance Minister Nirmala Sitharaman told the press.

According to US health officials, over 500 e-cigarette users had been diagnosed with mysterious pulmonary illnesses with unknown causes and eight deaths had been reported by September 19. Most commonly afflicted were those between the ages of 18 and 34, and many were even younger. Even more striking, five million American minors reported recent e-cigarette use, with about one-quarter of the nation’s high school students reporting use within the last 30 days in this year’s annual survey by the US Health and Human Services Department. In the midst of growing panic over a potential new public health crisis, many celebrated on September 18 when President Donald Trump floated a policy proposal that would ban the sale of most vape flavors.

Citing concern for son Barron’s health, Trump said, “We can’t allow people to get sick. And we can’t have our kids be so affected.”

Yet bans such as those proposed in India and the United States are not universally popular. Some accuse governments of fear-mongering, suggesting that banning flavored juices may remove the appeal of vaping over traditional cigarettes for not just minors using the products, but also for adults who have made the switch. Vaping is widely considered a less harmful alternative to traditional cigarettes because its users are not exposed to tar or toxicants produced through combustion. Many vape companies market their products as an effective smoking-cessation method, and there is evidence that they have helped a number of adults quit traditional cigarettes, although whether or not this is actually a healthier alternative is controversial.

Another common argument against strict government regulation is that vapour products such as Juul are relatively safe compared to those purchased on the black market, especially those containing THC (marijuana’s psychoactive ingredient). Many adult e-cigarette users disdain the government’s conflation of nicotine vape products from an established brand with electronic THC oil products, which are often purchased from unreliable sources, especially in places where marijuana is illegal.

Black-market THC cartridges often contain contaminants such as Vitamin E acetate, which has been linked to many, but not all, of the recent cases of pulmonary illness. Because these illicit products are easily available online, some critics suggest that vape users who would otherwise be buying from a reputable vendor would turn to unregulated sources to seek out flavored nicotine pods.

Doctors and scientists are unsure how safe vape products are, even three years after the US Food and Drug Administration (FDA) gained jurisdiction over e-cigarettes. Although companies should submit their data by next May, an e-cigarette industry group has sued the federal government to delay this timeline, claiming that the 2020 deadline does not give smaller companies enough time to provide the data. This leaves policymakers to decide regulations and bans without a full picture of the evidence.

With international consensus appearing to turn towards stricter regulation and even outright bans, countries in which e-cigarettes are just beginning to be introduced to the market or gain popularity will likely turn to the countries where e-cigarettes first gained popularity for guidance on policies to implement. So far, around 27 countries ban the sale of e-cigarettes, while 55 allow their sale with certain restrictions. In a recent move acknowledging criticism and complying with US regulations, Juul has ceased advertising and its CEO stepped down on September 25, being replaced by K.C. Crosthwaite, the former chief growth officer for tobacco giant Altria.

The recent international wave of vape restrictions and bans comes without proper long-term research on the health effects of products from any country. Because the safety of e-cigarettes remains relatively unknown pending more FDA research, the recent string of illnesses in the US are likely influencing many of the countries enacting bans, as evidenced by the fact that much of this legislation has been proposed within the past month. If e-cigarettes do turn out to be safer than traditional tobacco products or an effective aid for quitting traditional cigarettes, it may benefit countries such as China and India with huge populations of adult tobacco consumers to conduct independent research. It also remains unclear if the new regulations in place against marketing will successfully deter minors from using the products.

Image by Jordan Whitfield via Unsplash