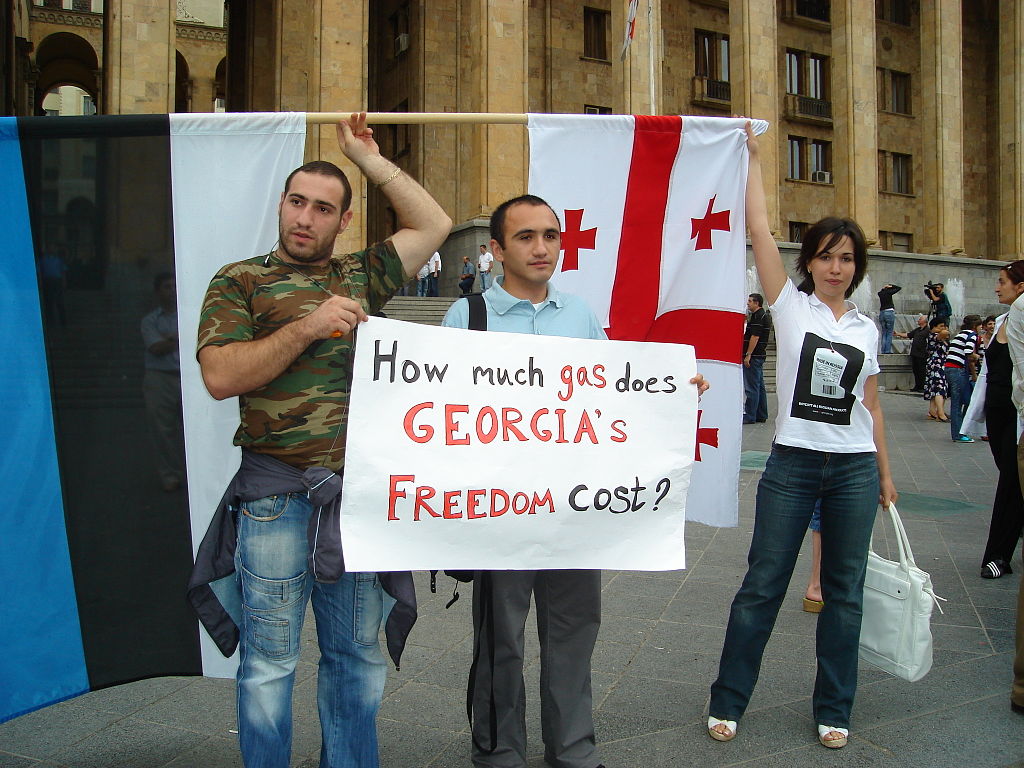 On June 20th, 2019, thousands of Georgians stormed the parliament in Tbilisi. Adorned with EU flags and signs reading “Russia is an occupier”,  the protests in the Georgian capital highlighted the international outlook of an often globally-ignored Georgia.

This chaos was sparked when Russian Duma member Sergey Gavrilov came to visit Georgia in June, chairing the Interparliamentary Assembly on Orthodoxy, a counsel aimed at strategically uniting Eastern Orthodox nations. Ironically, however, Gavrilov incensed tensions, rather than uniting the two Orthodox nations, by sitting in the chair of the speaker of the Georgian Parliament.

These 2019 protests were just one episode in a longstanding conflict between Russia and Georgia, two nations that share a torrid history, as well as a border, in the Transcaucasia region.

To many, this issue would appear as a mere seating one. Nevertheless, Gavrilov’s act mobilized Georgians in massive protests, with Georgian television going as far as to decry Russians as “filthy invaders” for sitting in a seat belonging to a Georgian leader. This is unsurprising given Russia’s history of dominating and puppeteering Georgian politics, especially through the Georgian Communist Party.

Protests reached such heights that the Russian Foreign Ministry issued a travel ban between Russia and Georgia. To many, it is unclear if this was an attempt to punish Georgian animosity, as the Georgian economy relies heavily on tourism from Russia, or born from actual fear for Russian people in a time of chaos.

The historic rivalry between Russia and Georgia dates all the way back to 1801, when Russian Tsar Paul I annexed Georgia to become a Russian province. From there, Georgia experienced over 300 years of subjugation from both Tsarist Russia and the Soviet Union, wherein it gained its independence with the collapse of the Soviet Union in 1991.

These historical legacies may seem unimportant, given their temporal distance from the current conflict. However, according to McGill Professor Michael Brecher, this subjugation  “remains a crucial element in the ‘historical memory’ of Georgia”, and thus colour Georgian perceptions even today.

The 2019 Tbilisi Riots are just one iteration of a larger ideological conflict between Russia and Georgia. South Caucasia, the region that Georgia is located in, is often considered Russia’s “traditional backyard”, given Russia’s long history of intervention in Georgia, Azerbaaijan, and Armenia.

The region is additionally an area of extreme geopolitical importance, being a crossroads between strategic areas, such as the Middle-East and Central Asia. It is accentuated by the presence of oil as Transcaucasia acts as an oil-transportation hub between the Caspian Sea and Europe, primarily with the Baku-Tbilisi-Ceyhan pipeline that flows through Georgia. Due to these reasons, Russia has continually tried to maintain control over their former territory.

Despite this, Georgian leadership since the collapse of the USSR has continually trended away from Russian influence and towards Russia’s traditional enemies in the West: the EU and NATO.

Recognizing their strategic importance, Georgian Prime Minister Mamuka Bakhatadze highlighted the nation’s westward leanings, claiming that because Georgia is located at the center of a region that is the fastest-growing consumer market in the world, “we are the only country in the region that has a free trade agreement with the EU.”

Besides this free trade agreement, Georgia has taken a number of steps to integrate themselves with NATO, such as the 2017-2020 Government Strategy on Georgia’s EU and NATO Integration Communications, an agreement confirming Georgia’s commitment to becoming a member of both the European Union and the North Atlantic Treaty Organization.

In light of this threat, Russia has responded with outright aggression to Georgia’s Western leanings in an effort to curb integration before it becomes too late.

One example of this aggression was the Russo-Georgian War of 2008, in which Russia invaded and permanently occupied the Georgian regions of Abkhazia and South Ossetia, which they remain occupied today.

Russia has been able to dominate the economies of Abkhazia and South Ossetia, even transitioning their economies from utilizing the Georgian Lari to the Russian Ruble. This stands in stark economic contrast with the Georgian economy, which was 67.1% made up of Western foreign direct investment.

In defending the holdings, Russia has maintained that their occupation is to protect the majority ethnicities of the regions, the Abkhazians and South Ossetians. These two groups who are ethnically different from the Georgian majority of the nation, and have historically desired their own autonomy from Georgia on these ethnic lines.

Despite the importance the West has in Georgia’s foreign policy, in times of actual conflict, NATO has shown a sheepiness to grow involved. For example, during the 2008 Russo-Georgian War, NATO forces, marred with conflict in Iraq, refused to aid Georgia, aside from transporting Georgian forces in Iraq back to their home country. According to Mark Galeotti, a senior non-resident fellow at the Institute of International Relations Prague, “no one was willing to go to war for Georgia, this was a time in which no one really wanted to provoke Russia”.

Thus, the tepidness of Western involvement has emboldened Russia to continue conflict with Georgia, with Russia beginning to doubt NATO involvement. However, Georgia’s domestic reactions demonstrate a faith in their foreign allies. While Georgia is aware that its own military capabilities cannot stand up to Russia, poking the metaphorical Russian bear feels safe when you have Western military might behind you. So the question at hand becomes, in a conflict that does not have any clear end, will NATO step up to the plate to protect Georgia?