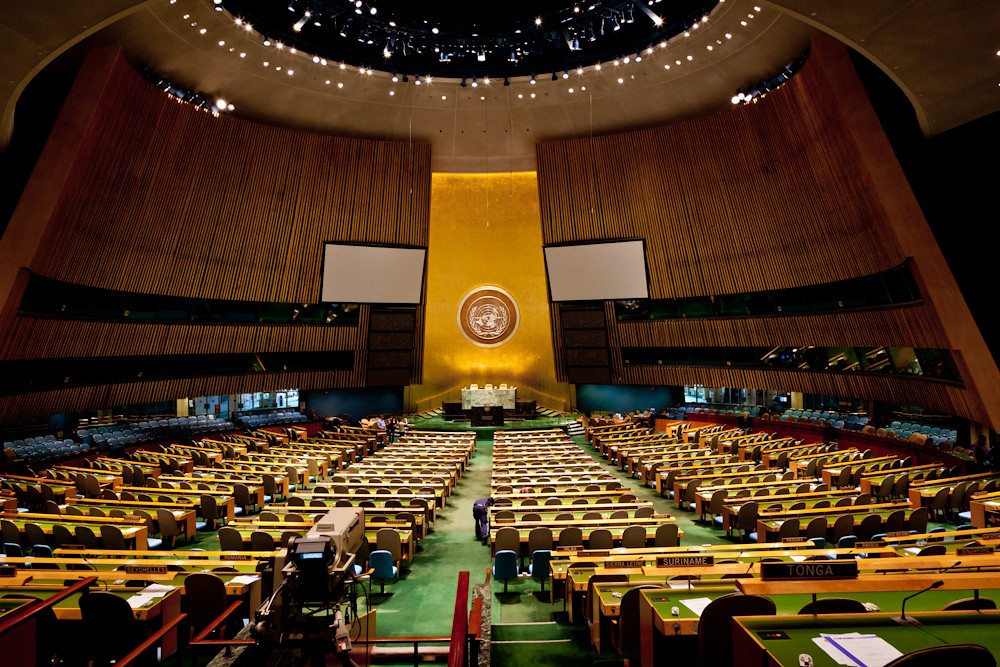 The United Nations’ yearly General Assembly has been the leading event fostering international relations and global governance in the world since World War II. It has been a way for nations, free from ongoing regional or international conflicts, to discuss current world issues, and in turn, attempt to find solutions.

This 74th edition of the United Nations General Assembly (UNGA) was held in a particularly tense environment, with rising crises such as the growing urgency regarding climate action, and the September 14th attacks on Saudi oil. Sources of dispute also included domestic problems such as Boris Johnson’s so-called ‘unconstitutional’ suspension of the parliament ahead of the Brexit vote.

This year, in the midst of global political power disparities, we saw world leaders attempting to assert domestic patriotism while establishing or maintaining power regarding global issues. This edition has shown us not only how some key world leaders are unable to put domestic or personal gains aside for global benefit, but also how those attempting to prioritize world peace and progress find themselves unable to achieve it due to lack of international cooperation.

Secretary-General António Guterres made an important statement regarding climate action by holding the UNSG Climate Summit one day prior to the opening of the general debate with Brazil and the United States’ traditional first and second speeches respectively. However, Guterres has little to no success when asking nations and corporations to pledge towards stronger efforts to increase sustainability and reduce fossil fuel usage.

For instance, the People’s Republic of China made no new commitments, staying true to Xi Jinping’s overlook of global warming and prioritization of the race towards global economic and military dominance. Moreover, in compliance with Trump’s disbelief on the issue and his previous retraction from the Paris Agreements, the United States refused to comment during the summit. Young leading climate activist Greta Thunberg made a powerful speech during which she called out current world leaders: “How dare you?” she said, addressing the summit members, later accusing them of stealing her childhood.

Other key events held during the week included the UN High-Level Political Forum on Sustainable Development (HLPF), during which the Sustainable Development Goals for 2030 were further discussed. The summit was the first held since the adoption of the goals in 2015. It came to the conclusion that world leaders have to further their efforts to reach these very demanding goals by preparing for “for a decade of action and delivery for sustainable development” – such long-term goals are a part of international relations that has been put on the back burner due to constantly developing and threatening conflicts.

Finally, a high-level meeting on the elimination of nuclear weapons was held during which the Secretary-General insisted that denuclearizing was the only real way to avoid a constant threat. The meeting had the opportunity to once more show states the advantages of trust, instead of mutually assured destruction.

During all these events, the general debate opened on Tuesday, where world leaders expressed many sentiments, playing on different fronts to ensure personal state gains.

As tradition dictates, the General Assembly debate opened with Brazil’s president, Jair Bolsonaro as the first speaker. The president set a dark tone for this edition of the General Assembly, and the days of general debate to come by defending his ego in a very passionate speech.

Instead of taking responsibility for inaction regarding the Amazon fires, Bolsonaro justified his government’s decision by insisting that “all countries have problems”. After implying that the fires are one of his country’s ongoing issues, he contradicted himself using a Trump-like political stratagem: blaming fake news. According to his speech, the media is ‘misleading’. He used this point to transition into an attack on what is considered politically correct, arguing that new norms regarding etiquette hindered common sense during the debate.

Following Brazil’s opener, Donald Trump continued on this path by returning to ‘American bully’ politics. He took advantage of his speech to divert attention from ongoing impeachment inquiries by complimenting his administration and himself on their economic achievements.

The president went on to attack the core principle of the United Nations, international cooperation, by asserting that “The future does not belong to globalists. The future belongs to patriots.” He continued along that line of thinking, one deeply concerning for other UN members as the United States is needed for many global initiatives, saying “If you want freedom, take pride in your country. If you want democracy, hold on to your sovereignty. And if you want peace, love your nation, […] Wise leaders put the good of their own people and their own country first.”

He went on to make sincere and alarming attacks on certain nations. After calling out China on stalled-out trade negotiations, he indirectly threatened Xi Jinping by stating that the USA will be ‘carefully monitoring’ the Hong Kong situation. He went on to publicly attack Iran and stood firm on his withdrawal from the Iranian nuclear deal. Trump finished with a note on Venezuela’s economic demise, positioning the United States, not as an ally, but an overwhelming ‘superior’ nation.

After these two intimidating speeches, President Erdogan of Turkey, and Macron of France reset the Assembly with calmer speeches regarding notable situations. Aiming towards diplomatic détente, Erdogan discussed the growing number of hate crimes on minorities and the lack of action from global powers regarding immigration, while Macron discussed the importance for dialogue in relation to the Middle East controversy.

The contrast between the discussions at this 74th edition of the UNGA was very important. Looking at crucial aspects of international relations moving forward, such as climate change and the SDGs, as well as other long-term projects like denuclearization, leaders are still stuck in power politics. Despite pressing concerns, the key takeaways of this assembly were around global conflicts and domestic justifications. Our world leaders were unable to put aside ego to focus on the global future.