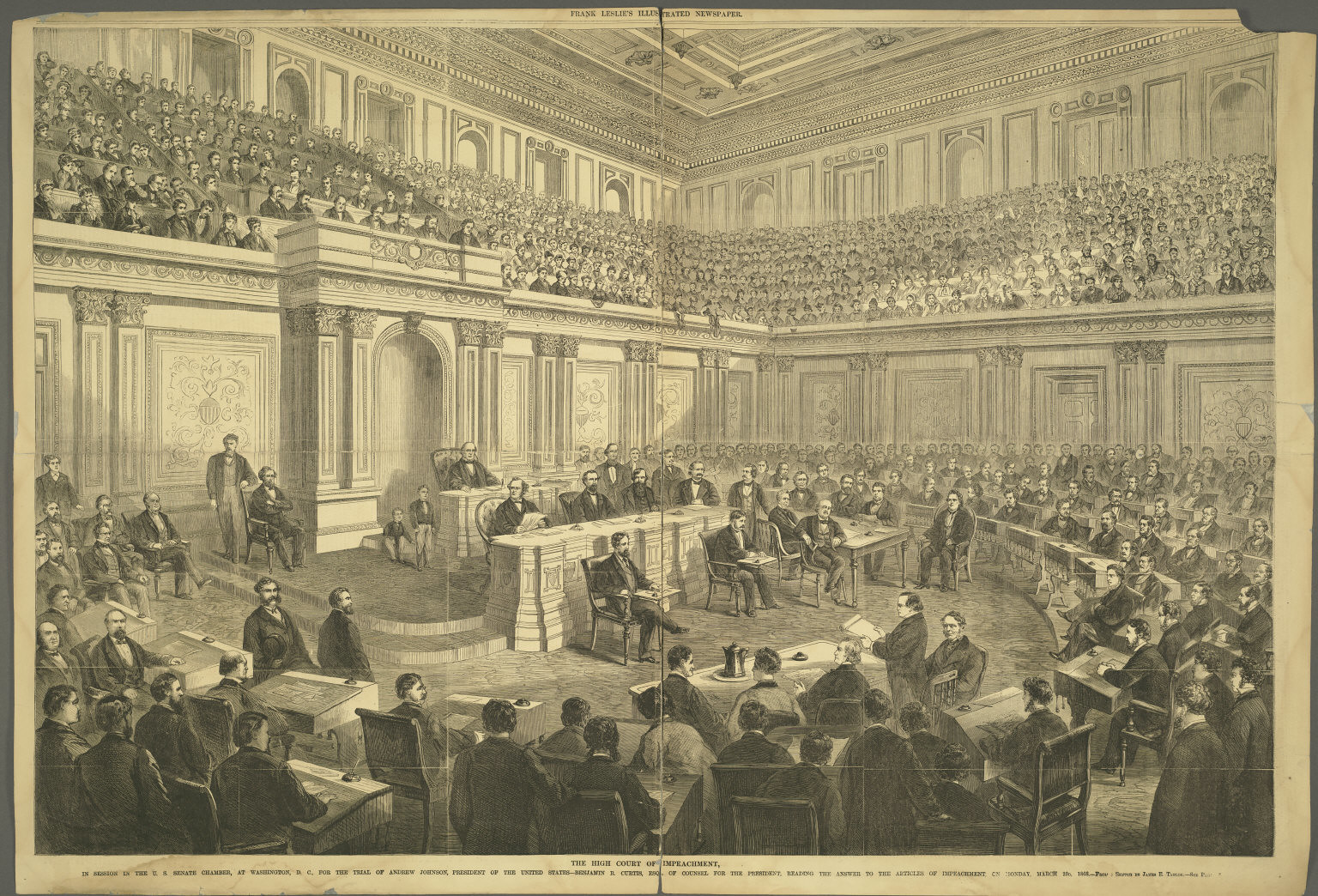 Since the earliest days of the Trump presidency, impeachment has been a divisive topic and an idea more so than a practical possibility. Yet, as a recent poll shows, public support for impeachment has skyrocketed, and increasing numbers of politicians are on board with the inquiry amid the Ukraine scandal. With this in mind, it’s time to seriously consider the potential outcomes of impeachment and the long term consequences each might have.

Impeachment is very simple in theory. Deriving from the principle of rule of law, which dictates that laws be applied equally to all, it seeks to ensure that those in power are not able to avoid consequences for illegal actions by virtue of their office. In the words of 19th century British jurist and constitutional scholar Albert Venn Dicey, “… no man is above the law…  here every man, whatever be his rank or condition, is subject to the ordinary law of the realm and amenable to the jurisdiction of the the ordinary tribunals.” [1]  Such an idea is vital to democratic governance but in practice, especially in regards to the president, can be extremely complicated.

It’s difficult in the American two-party system (especially in recent years with the ever-increasing party divide) for impeachment to be viewed as wholly legitimate and not motivated by partisan differences. This is clearly exemplified in the most recent case of presidential impeachment: Bill Clinton.

Clinton’s Senate impeachment trial in 1999, where he was charged with both lying under oath and obstruction of justice (relating to a sexual harassment lawsuit), ended in acquittal. Votes on both articles fell largely along party lines (no Democrats found him guilty), and the two-thirds majority required to convict was not met. Similarly, the House vote that led to the beginning of his trial was pushed almost entirely by Republicans. At the time of the impeachment inquiry, Clinton was very popular among Americans, while impeachment was not.

With only two other cases of presidential impeachment proceedings in US history (Andrew Johnson and Richard Nixon), Clinton’s case has been consistently compared to Trump’s. The perception of today’s impeachment inquiry by many on the right as a witch hunt, motivated solely by politics and not legality can certainly draw a comparison. And undoubtedly, extreme partisan divide on the issue of impeachment has been a cause for concern.

It is difficult not to worry about the potential impact of impeaching and removing Trump from office in such a polarized climate as today’s. What will it mean for the stability of the presidential office in future years? Will it begin a dangerous precedent of legislative-executive opposition? On the other hand, if Trump is not impeached, what would the impact be on the standard of accountability for future presidents?

While in the early stages of the Trump administration, arguments in favor of impeachment (generally avoided by many mainstream Democrats) were focused on issues such as violations of the emoluments clause, today’s allegations are much more serious and gaining traction. Every day, new information about Trump’s Ukraine misconduct comes to light.

With 227 out of 234 House Democrats now publicly supporting impeachment, it’s safe to say that this will at some point move to the Senate trial phase (though when exactly this will happen is another question entirely). Yet, as of now, Republican support for impeachment is almost nonexistent, and it’s nearly impossible to imagine that in a Republican-controlled Senate, Trump would be convicted, irrespective of the accusations brought forth against him.

Presently, the most likely scenario seems to be that Trump is impeached through House proceedings but not removed through Senate trial. Support for Trump is quite neatly divided along party lines, and regardless of GOP members’ personal opinions on Trump, very few are willing to openly criticize him.

This outcome is predictable, and yet, though similar on a surface level to the results of the Clinton case, its consequences would be far more dire. Political polarization must have its limits if we are to have faith in government as a whole and not simply our parties. Full consensus is hardly necessary, but if this remains a situation of all Republicans against all Democrats, then there is little hope for ever overcoming partisan divisions (or at least anytime remotely soon).

And yet, what would happen if the Senate did remove Trump from office? This too poses its own set of challenges. Left wing political analysts argue that the reason Republicans hardly ever criticize Trump is because they wish to avoid upsetting him and therefore losing support from his loyal base. What would a fracturing of the Republican party mean for the future of two-party politics? Given present party consolidation, it’s difficult to imagine what a huge shock to the system this might cause.

Divided as the United States is today, there is no ideal outcome of Trump’s impeachment. The 2016 election demonstrated how completely at odds the two parties are on nearly every issue. The political atmosphere of the past several years can perhaps best be described as tribal with a feeling that rather than being one two-party nation, the United States is comprised of two one-party nations.

According to a 1967 study by Neville Layne, the hardest issues to overcome between parties are those ideological differences which derive from the question of what it means to be American. Such divisions form the basis of party distinction today (consider the ongoing immigration debate and the rise of white nationalism). While demographic issues will continue to be a source of division, one hopes that in the question of impeachment it can be universally decided that to be American means to hold the nation’s leaders accountable regardless of party preference.

It is hard to say for certain how the impeachment of President Trump will end or what its lasting effects may be. Nonetheless, we must push on and hope that whatever the fallout, American democracy is strong enough to recover.