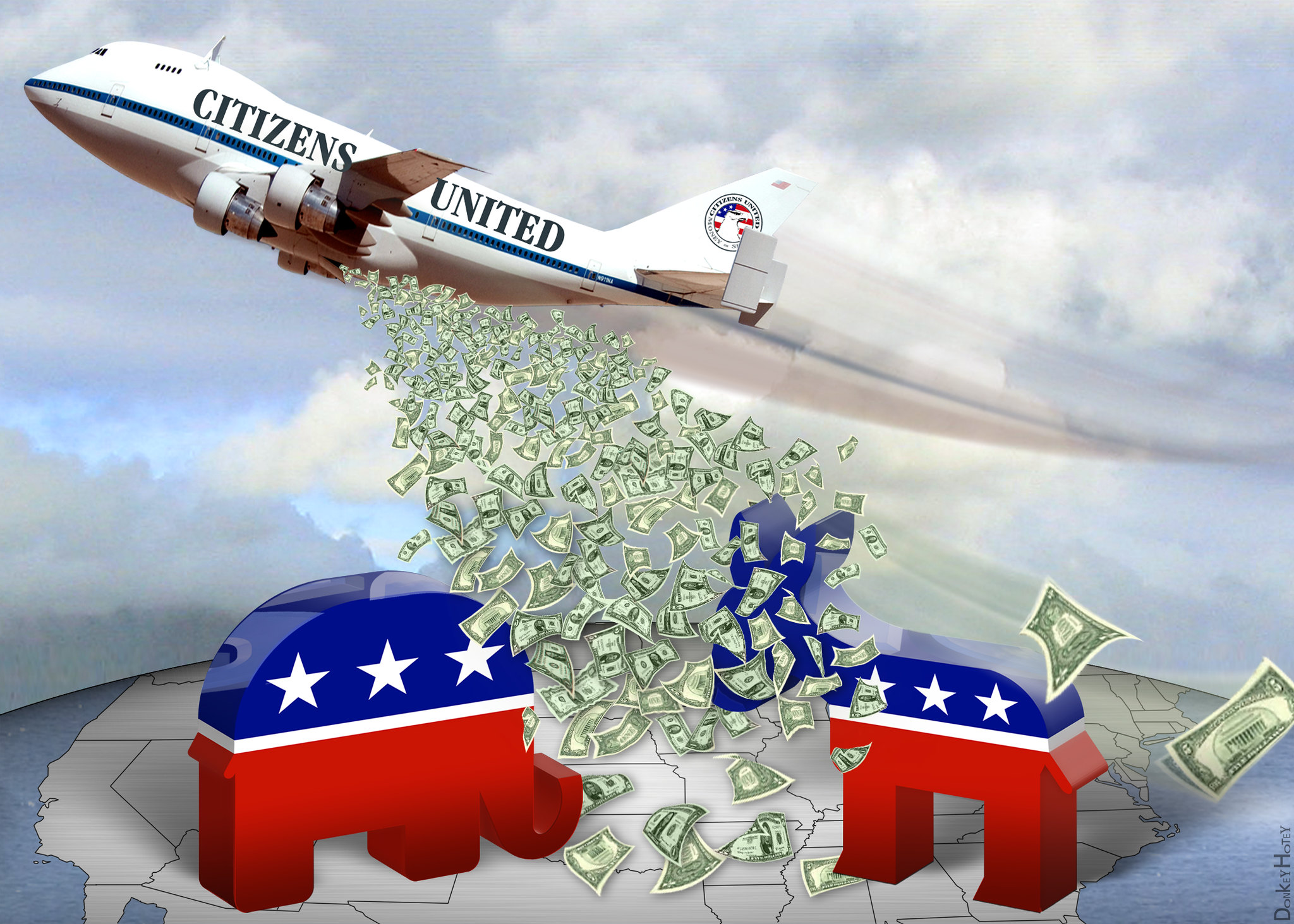 Unlike the U.S., Canada maintains a set time limit for campaigns. According to new regulations introduced by Elections Canada, federal campaigns must be between thirty-six and fifty days, making it impossible for future elections to mirror Stephen Harper’s 78-day campaign in 2015 (the longest in Canadian history).

Despite appearing long by Canadian standards, that campaign does not nearly compare to the length of those run by U.S. presidential hopefuls. In fact, 2020 Democratic nominee John Delaney announced his presidential bid on July 28th, 2017 – an astonishing 1,190 days before the presidential election.

Many structural differences exist in Canada and the U.S. which explain the varying election lengths in each country. But, an underlying theme exists: the role played by money.

In the U.S., elections are a lucrative business involving many different actors: candidates, campaign consultants, media outlets, and so on. The longer the campaign, the higher the cost. This extremely long campaign length is only made possible by a lack of campaign financing regulations, which allows candidates to spend hundreds of millions, or even billions, of dollars on their presidential run.

Alternatively, in Canada, parties are faced with a $28 million spending limit during the official writ period to cover campaign costs, including advertisements, transportation, and staff. By comparison, 2016 Democratic presidential candidate Hillary Clinton and her campaign committees spent $1.18 billion USD on her failed bid. Even when accounting for the U.S.’s substantially larger population, the fact remains that the U.S. campaigns spend exponentially more than Canada’s.

The United States has tried, and (on multiple occasions) failed, to impose more stringent spending, fundraising, and donation limits upon candidates and parties. In the 1970s, however, the Supreme Court refused to impose spending restrictions, ruling that “money is essential to disseminating speech.” Thereafter, spending restrictions have been seen as infringing upon constitutional protections.

The campaign finance laws were again contested in 2010 when Citizens United challenged the Federal Election Commission. The Supreme Court ruled in favour of allowing corporations and unions to engage in electioneering communications, otherwise known as political advertising.

Within the United States, there exists a self-perpetuating cycle of spending for success. Campaigns must grow longer as fundraising demands grow larger, in part due to the ability of incumbents to partake in permanent campaigning the moment they enter public office. In addition, within a growing media environment, networks are increasingly vying for headline-making campaign news and drama.

Though the Canadian election campaign only lasts a few weeks, party leaders begin “campaigning” months in advance of election day. In Canada, there is often a longer period between the time the leader is chosen and the writ is dropped than what takes place in the U.S. between the party conventions and the elections. Therefore, Canadian parties as a whole have more time to mould their brand around their leader.

The long campaign period in the U.S. coupled with lax spending regulations perhaps works better for those seeking greater knowledge about candidates and their policies. As demonstrated during Canada’s most recent federal election, the small number of leader debates paired with little-to-no policy discussion led the electorate to feel discouraged and disengaged. Maybe a longer campaign period in Canada would provide citizens with greater knowledge about party leaders and policies.

By comparison, the campaign period in the U.S., particularly during the 2020 presidential race, will allow for at least twelve Democratic primary debates, followed by primary elections and caucuses as well as three presidential debates. In contrast, Canada had only two officially-commissioned debates, one in French and one in English.

Perhaps drawn-out election campaigns in the U.S. are due to the ability of incumbents to campaign while governing. Incumbents’ early campaigns force contenders to enter the race earlier in order to fundraise and match the resources the governing official has access to via public tax dollars. Additionally, considering the fact midterm elections occur every two years, the U.S. is truly in a permanent state of campaigning.

The Bottom Line: Who Does Elections Better?

Both countries’ campaigns, long or short, have pros and cons.

A significant con of long campaigns is the amount of money spent. Undoubtedly, if hundreds of millions of dollars were spent on a campaign in Canada, there would be public outroar. Large sums of money allow America’s election periods to run long, while many profit. On the other hand, shorter election periods can keep voters engaged and would not exhaust them with drawn-out primary elections, multiple debates, and months of paying attention to the horse race.

But this year’s short – in relation to the United States – federal campaign led many Canadians feeling as though they did not have enough information about the candidates and their policies. Many felt that the leader debates were not substantive.

One system has the downfall of costing exorbitant amounts of money in order for a candidate to even meet the minimum threshold for being competitive. Furthermore, high spending ceilings limit the ability of less-wealthy individuals to participate in the race. Meanwhile, Canada’s leader-centric elections perhaps take attention away from local candidates and the party as a whole, while also leaving voters feeling uninformed. One thing is certain: neither system is perfect and both could use improvement.