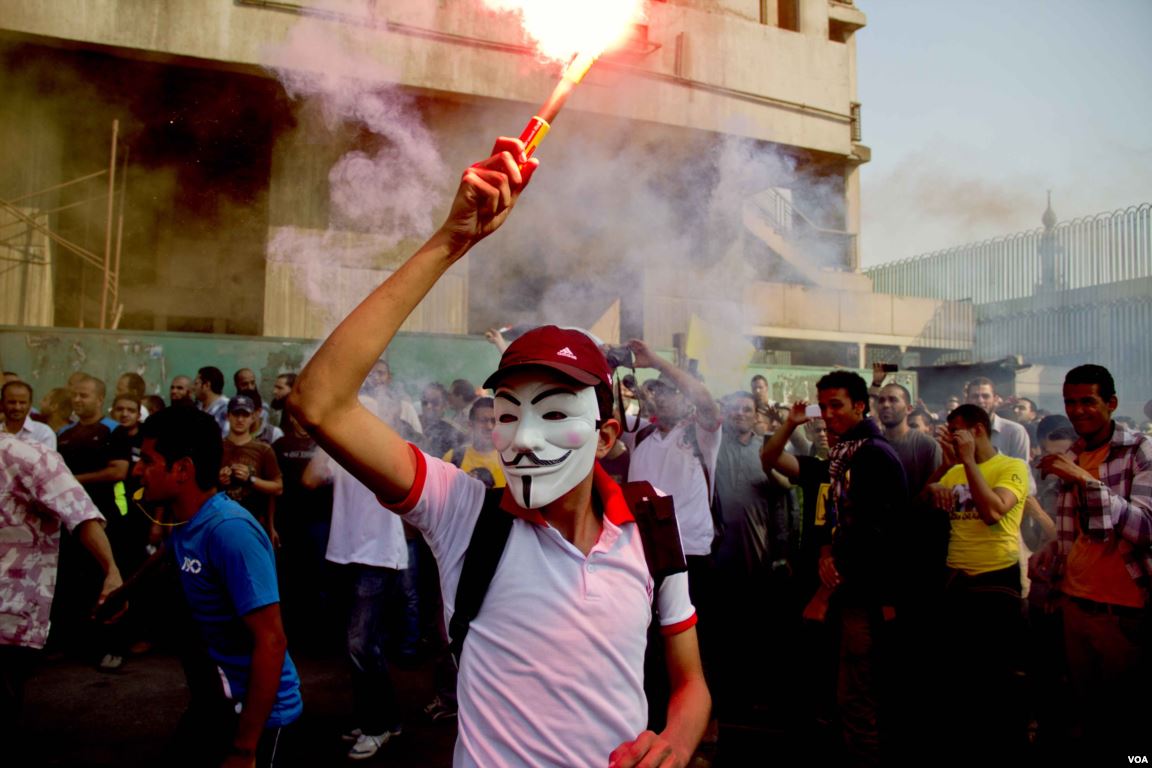 The fifth of November,

The Gunpowder treason and plot;

I know of no reason

Why the Gunpowder treason

Should ever be forgot!”

Every year, on November 5th, people across the UK recite these verses, start bonfires, and watch fireworks to mark the anniversary of the failed Gunpowder Plot of 1605. The festivities, known as “Guy Fawkes Day/Night” and “Bonfire Night”, commemorate Guy Fawkes’ (along with 12 English Catholics) failed attempt to blow up the English Parliament, assassinate the Protestant King James I of England, and replace him with a Catholic head of state. A couple of months after the incident, the Observance of 5th November Act was passed as an annual public holiday to celebrate the failure of the regicide.

More recently, however, activists have re-appropriated the day to celebrate the anarchist plot rather than condemn it. Anonymous, a “hacktivist” group known for its cyber attacks against governments, use Guy Fawkes Day as one of mass protests, encouraging people to march against their governments wearing Guy Fawkes masks in the Million Mask March. Guy Fawkes masks are also used by anti-capitalist protesters across the globe in the Occupy movement, where the images of Guy Fawkes are used to symbolize their challenge of, and rebellion against, the power of the upper-class.

The shifting symbolism of Guy Fawkes Day calls into question the traditional legacy of the gunpowder plot. Was Guy Fawkes the terrorist he has been traditionally remembered as, or was he a freedom fighter acting according to his vision for the greater good? These questions brings us to the “One Man’s Terrorist is Another Man’s Freedom Fighter” cliché, which challenges the notion that ‘terrorism’ and ‘freedom fighting’ are mutually exclusive. It suggests, instead, that the categories of terrorism and freedom fighting are subjective, and their distinction depends on the outlook of the person defining them. The saying also frames terrorism as a means to an end, where achieving freedom justifies the fatal tactics of terrorism. Following this line of thought, you could qualify an agent committing mass murder as a freedom fighter if they believe their actions would bring about a positive end or a greater good.

The problem with a fluid definition of terrorism is that it compromises international collaboration and their efforts against terrorism. But, despite the the UN’s inability to concretely define terrorism, our body of International Law provides a solution in its law of war, which consists of the principles of Jus ad bellum and Jus in bello.

Jus ad bellum, “the justness for entering war,” was first established by Saint Thomas Aquinas as part of his Just War Theory. By his account, war is justified when it is undertaken as a method of defense and when the intention of those waging war is towards their perceived greater good. [1] This theory laid the groundwork for Jus ad bellum. Here, the legality of war depends on meeting the criteria of just cause, proportionality, probability of success, last resort, right intention, right authority, and a public declaration of war. [2]

Jus in bello, “the justness of how the war is fought,” was developed by Francisco de Vitoria. The criterion laid out by Jus in bello is: only targeting people and infrastructure directly involved in the war, proportional use of force, just treatment of non-combatants (including prisoners of war), and adherence to national and international law. [3] In other words, the principles of Jus in bello asserts that the ends of war do not justify the means.

Though arguably, while the conditions of Jus ad bellum don’t problematize terrorism, the conditions of Jus in bello do. Our body of international law rests upon the principles of Jus ad bellum and Jus ad bello, they are seen as widely accepted conventions, but Jus in bello marks the foundational view that the means are not subordinate to the end; rather, they are equally important. Even if the person believes that an act of terror would bring about a positive end or a greater good, the action is not justifiable because the means to achieve that end is unjust. In this way, the ends do not justify the means, and one man’s terrorist is not always another man’s freedom fighter.

In regards to Guy Fawkes, though some believe that his attempt to blow up parliament wasn’t a failed act of terrorism so much as it was a failed military coup, others may be correct (at least in terms of definition) in asserting that Guy Fawkes “was a religious terrorist” who “was willing to commit mass slaughter” to replace an oppressive Protestant regime with an oppressive Catholic one. In this regard, Guy Fawkes legacy may not be so subjective after all.

However, the evolution of Guy Fawkes’ legacy into a freedom fighting icon goes to show how history shifts as both time and point of view pass. As our democracy ages, our societies globalize, and our communities becomes increasingly diverse, our values and perspectives fluctuate more than ever; what is ‘wrong’ the next day is ‘right’ the next. This raises the question of whether the values we hold today will be critiqued when the present becomes the past; perhaps the ‘terrorists’ of today will come to be seen as freedom fighters in years to come.

Featured Image by H. Elrasam for VOA via Wikimedia Commons