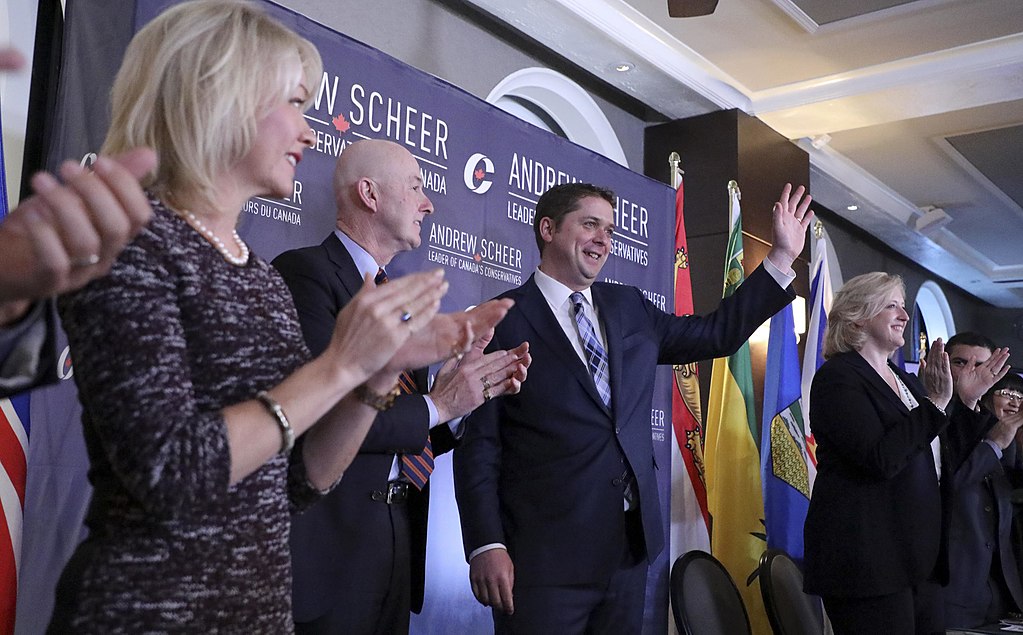 In the aftermath of the Federal Election, Andrew Scheer is receiving considerable scrutiny concerning his leadership of the Conservative Party. After announcing they were seeking a majority victory, the Conservatives managed to win only 121 seats, 36 behind the Liberals and 49 seats shy of a majority.

The 18-month leadup to the 2019 election was also particularly tough for Justin Trudeau, with his admission of using blackface in multiple instances, the SNC-Lavalin Affair, foreign policy gaffes, and his violation of federal ethics rules. The overall diminishing popularity of Trudeau presented itself as a unique opportunity for the Conservatives. While Scheer has received some credit for winning the popular vote, many Conservative leaders saw the result as a failure to capitalize on obvious Liberal missteps.

Scheer positioned his candidacy as a revived Stephen Harper and in doing so, failed to adapt to the new mainstream views of the Canadian political landscape. Many see Scheer as out of touch with Canadians on social issues, with conservative positions on gay marriage and abortion rights, which have largely become non-issues in recent years.

The former press secretary for Harper, Sara McIntyre, voiced her discontent with Scheer’s conservative social views, tweeting “I am pissed off that the leader of my party WILL NOT walk in a Pride parade.”

Scheer’s failure to win in the Greater Toronto Area and in major Canadian cities was also cited as evidence for his inability to be Prime Minister. Former Conservative MP Terrence Young called for Scheer to step down due to his inability to connect with voters, and for “[proving] that he can’t get any votes in the GTA.” Young protested, “What’s going to change in the next election?”

Former Conservative cabinet minister Peter MacKay lamented that Scheer’s defeat was like a missed hockey goal “on an open net.” MacKay argued that Scheer allowed election discourse to revolve around his conservative opinions on social issues, which “hung around [his] neck like a stinking albatross.” The public displays of disapproval within the Conservative elite are a noteworthy signal of the divide within the party, and a potential withdrawal of support for Scheer within the elites of the Party hierarchy.

In addition, much of Scheer’s candidacy was based on a rejection of Trudeau for losing a “moral authority to govern”, but authenticity turned out to similarly be a major problem for Scheer. After falsely claiming he was an insurance broker and the revelation that he was an American citizen surfaced, Scheer’s sincerity was questioned.

His lack of a clear vision to combat climate change and staunch opposition to any kind of carbon tax was also significant, particularly as 64 percent of the popular vote went to a party that favours a carbon tax and as climate change is one of the most important issues for voters.

After Stephen Harper’s resignation as the leader of the Conservative Party after losing to Trudeau in 2015, the Party selected a new leader during the Conservative Leadership Convention in May 2017. The election used a one member-one vote ranked ballot in which each riding was accorded equal weight and 259,010 paid Conservative members were eligible to vote.

In an unusually crowded field of seventeen candidates, former Dragon Den’s star Kevin O’Leary-Scheer actually lost the first round of voting to now People’s Party of Canada Leader Maxine Bernier by over 5 percent. While Scheer won in the final (and twelth) round of voting, there were several electoral irregularities, including a 7,466 vote discrepancy that was greater than Scheer’s margin of victory.

In addition, some party memberships were paid for with prepaid credit cards, leading O’Leary to speculate that campaign organizations were signing up voters en masse, despite rules obliging each member to sign up themselves.

Since the party failed to form a government, a leadership review is mandatory, and scheduled for April 16-18 in Toronto. It is open only to Conservative Party delegates, who will vote on whether to have a leadership race.

In the past, each Conservative riding association convenes to send a fixed number of delegates to represent the riding at the leadership review. They may also be selected by the Conservative women’s group, youth group, or student group within each riding. A simple majority of delegates is required to trigger a leadership contest, provided that Scheer doesn’t resign before then.

Despite denying a desire to contest leadership in public, MacKay has been floated as a replacement for Scheer, given his strong support in Atlantic Canada and his perceived ability to unite social conservatives and liberals alike.