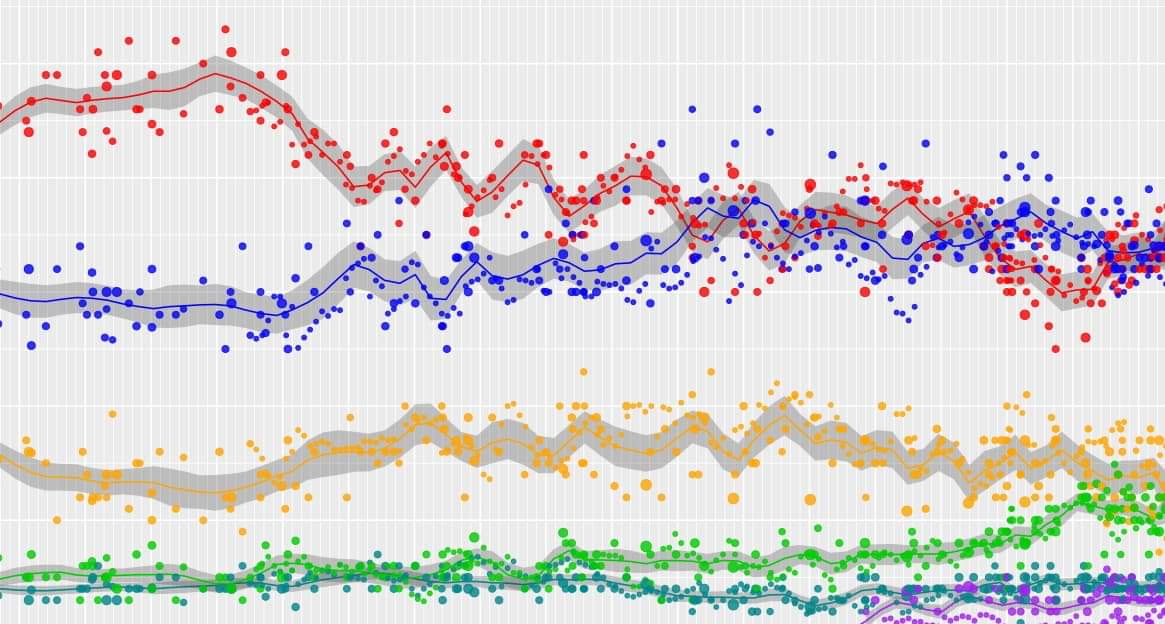 When Philippe J. Fournier saw the first results from Atlantic Canada coming in, he knew he was going to have a good election night. In fact, despite the volatile aspect of the last federal election, Fournier was able to correctly predict 299 out of 338 seats, including 65 per cent of toss-ups.

Officially covering his first federal election, Fournier was omnipresent in the media; he appeared often on RDI and Radio-Canada, wrote columns for L’actualité and Macleans, and updated his website, 338Canada, on a daily basis. His hard work clearly paid off, as 338Canada got more than one million hits on election day alone.

After first interviewing Fournier this past summer, MJPS sat down with him one week after the election to get his impressions on the campaign and the results, some predictions for Canadian politics, and what comes next for him.

Jenica Atwin’s historic victory for the Green Party in Frederiction was one of Fournier’s surprises of the night. While he believed Atwin was competitive, his model only had the Greens’ odds of winning at 8 per cent. However, despite their surprise victory in New Brunswick, Fournier does not believe the party ran a good campaign, and should have done better this election.

Looking at the bigger picture, “the only big surprise is the NDP in Ontario – they choked.” Fournier did not believe that the Liberals could repeat their performance of 2015 in Toronto by winning all 25 seats once again, because the NDP could have flipped some of these seats orange. The party’s results in Ontario were disappointing beyond just Toronto, with losses in ridings like Essex and Windsor-Tecumseh. Multiple factors came together to produce this outcome, including strategic voting and a lack of funds for the party to push the critical get-out-the-vote efforts.

Fournier was critical of most federal leaders for the way they led their campaigns. As noted before, he believes that the Green Party did not have a good campaign and predicted that Elizabeth May would not be the Green leader next election. Surely enough, May resigned as leader just a few days after our interview with Fournier.

Fournier also does not believe the NDP should be happy with the election results, even if expectations were extremely low at the start of the campaign. After all, the party lost almost half of its seats. While the party holds the balance of power in the Liberal minority government, he does not know if Singh will be back for another election.

His criticism extended to Andrew Scheer and the Conservative party. Given Justin Trudeau’s decline in popularity and the various scandals (SNC-Lavalin, the India trip in 2017, brownface), “this election should have been winnable for the Conservatives.” However, Scheer failed to capture the centre and run a truly national campaign, instead leaning to the right and focusing on the West. For instance, Fournier was puzzled by Scheer’s decision to leave Montreal right before the historic climate march in September to go campaign in Western provinces, rather than the GTA.  Like with Singh, he is not convinced Scheer will be back for the next election.

While the Liberals won the most seats,  the real winner of the election is the Bloc Québécois, said Fournier. The Bloc vote share increased in every Quebec riding, with the exception of Laurier-Sainte-Marie. Fournier credits the Bloc’s impressive electoral performance to a couple of factors, including Blanchet’s popularity and the efficient campaign strategy employed, which included discussing the defence of Quebec (rather than sovereignty) and focusing on ridings won by the Coalition Avenir Québec in the 2018 provincial election.

Since the end of the election, regionalism and Western alienation have been hot topics in Canadian politics. While Fournier concedes that the situation is not ideal for the Liberals, who will govern without any MPs from Alberta and Saskatchewan, he pointed to the 1980 federal election, where the Liberals under Pierre Trudeau won a majority without any seats in the West. In fact, Fournier believes that the urban/rural cleavage is the most important one, not the regional one. In a column for Macleans published during the campaign, Fournier explained the thirty densest ridings in the country, all located in Montreal, Toronto, and Vancouver, were projected to go Liberal or NDP, while the Conservatives dominated in ridings with the smaller population densities.

While the campaign ended more than two weeks ago, Fournier is still analyzing the results of the elections. He recently produced a map of second-place finishers in every riding, which will be useful to eventually simulate the results of the election under a single transferable voting system. He has also created other maps using election results, like for last-place finishers in every riding and the difference in vote share per party between the 2015 and the 2019 elections.

Looking to the future, Fournier plans on continuing working on 338Canada part-time, while also teaching astrophysics in a Montreal Cegep. He will follow the 2020 U.S. presidential election, with a focus on explaining predictions and results to a Canadian audience.  He also plans to cover the 2021 provincial election in British Columbia and the next federal election, whenever that comes around. As for who he hopes will win these elections, “I cheer for my predictions,” says Fournier.

Philippe J. Fournier’s projections can be found at 338Canada.com.